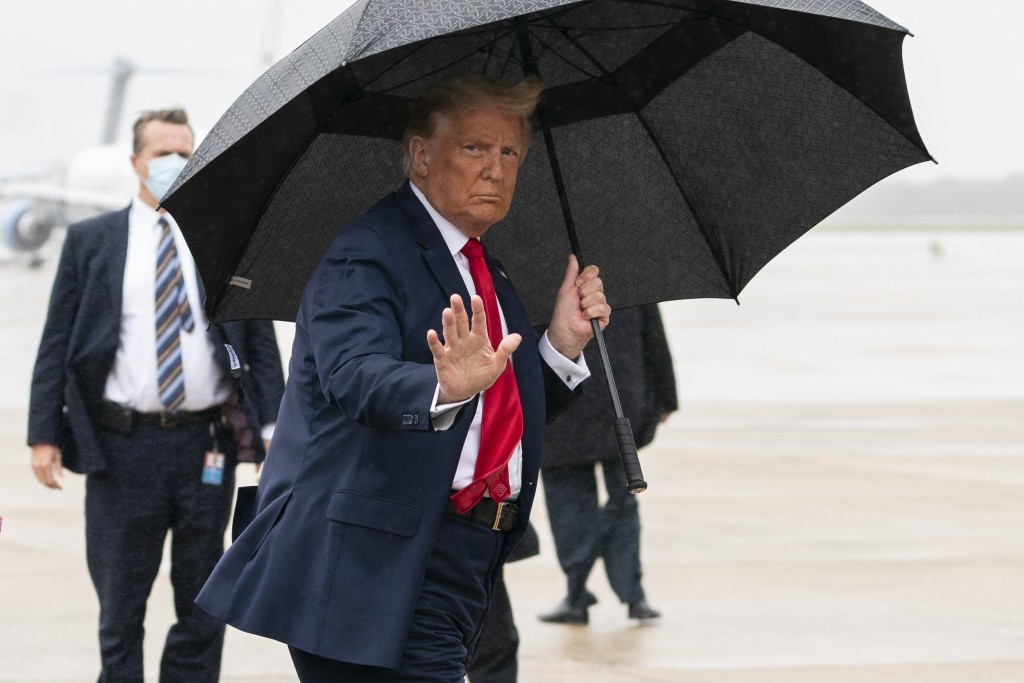 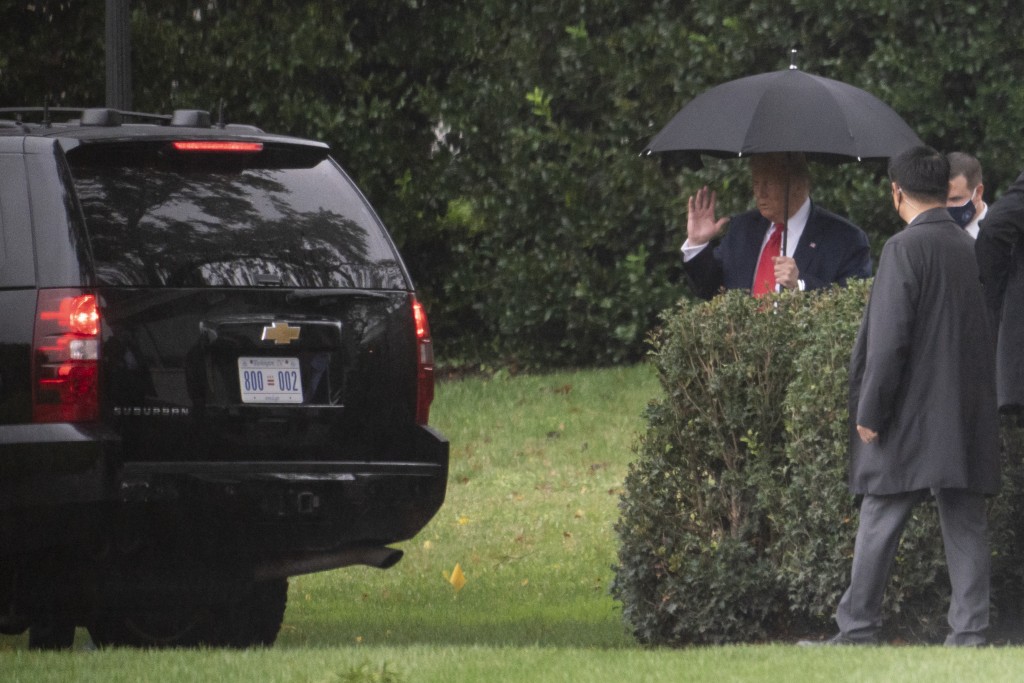 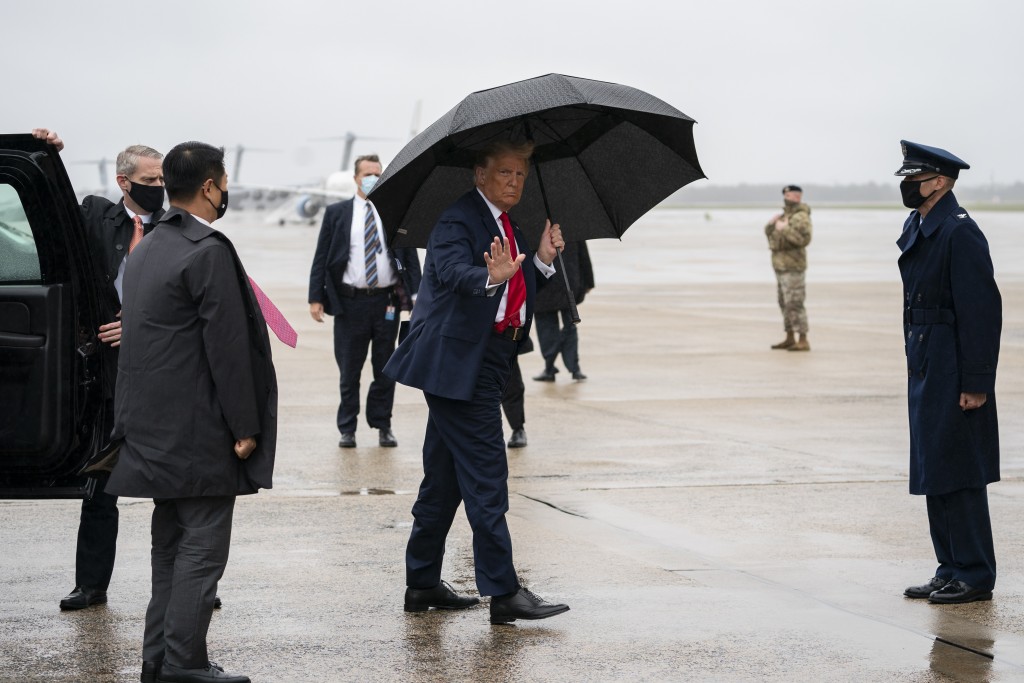 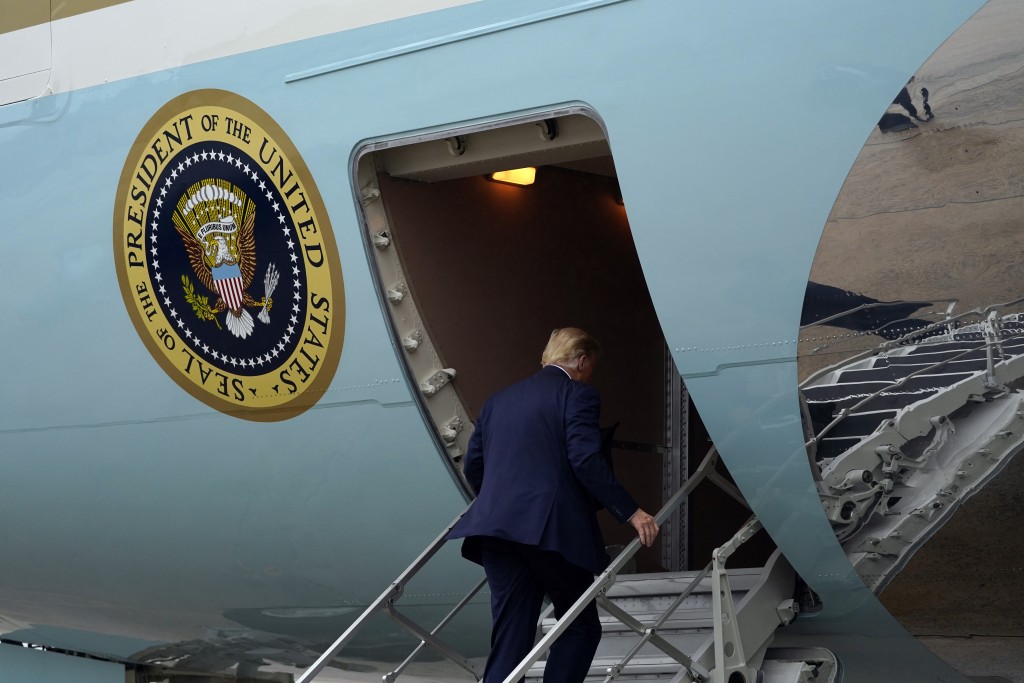 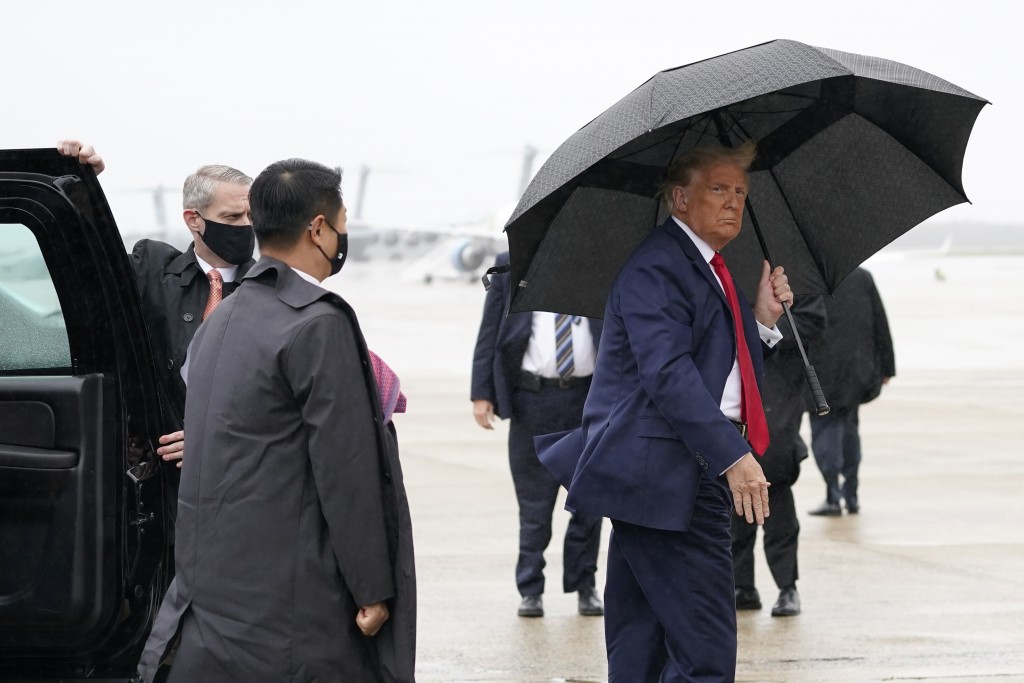 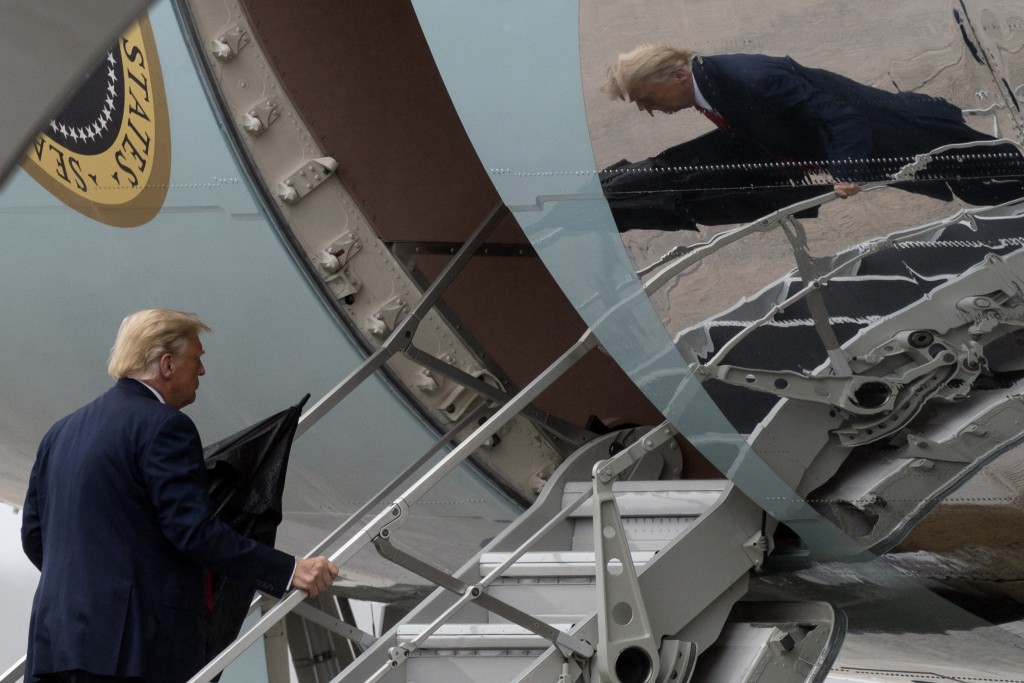 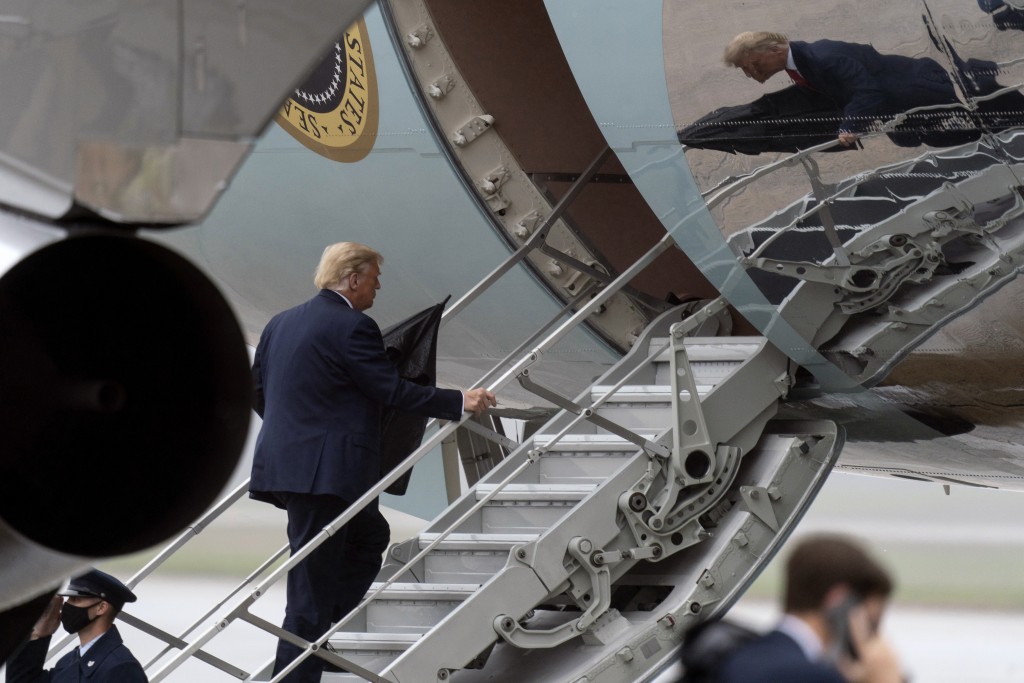 WASHINGTON (AP) — Just a week after his release from the hospital, President Donald Trump is returning to the campaign trail Monday for the first time since contracting the coronavirus as he tries to stage a late comeback in the election's final stretch.

Trump, facing a stubborn deficit in national and battleground state polling, will be headlining a rally in Sanford, Florida — the first stop in a busy week that will include events in Pennsylvania, Iowa, North Carolina and Wisconsin.

The robust schedule underscores the work Trump needs to do as he tries to win over voters just three weeks before Election Day. And it comes amid still-unanswered questions about the impact so much travel so soon could have on the 74-year-old president's health. The progression of COVID-19 is often unpredictable, and there can be long-term complications.

But Trump, eager to return to campaigning, has proclaimed himself cured and says he is now “immune” to the virus — claims that are impossible to prove given limitations in what scientists know about the coronavirus.

Dr. Anthony Fauci, the nation's top infectious-disease expert, said Monday on CNN that those who recover from COVID-19 are likely to be immune for a limited period of time, but there are cases emerging of people getting reinfected weeks or months later.

Fauci, speaking as Trump was prepared to depart the White House for Florida, questioned the wisdom of holding such an event. He noted that test positivity rates are climbing in parts of the Sun Belt.

“We know that that is asking for trouble when you do that,” Fauci said.

In a memo released over the weekend, Trump's doctor, Navy Cmdr. Sean Conley, said the president met Centers for Disease Control and Prevention criteria for safely discontinuing isolation. He said that by “currently recognized standards,” he was no longer considered a transmission risk.

But some medical experts have voiced skepticism that Trump could be declared contagion-free so soon. And it was unclear what — if any — added precautions and safety measures the campaign planned to take to prevent the trip from further spreading a virus that has already infected so many of the president's closest aides and allies, including his campaign manager and the head of the Republican Party.

Florida is seen as critical to Trump’s reelection chances. Trump narrowly beat his 2016 rival, Democrat Hillary Clinton, in the state by just over 112,000 votes. Some recent polls have suggested a close race in the state, while others have put Democrat Joe Biden ahead.

Trump's decision to so quickly return to the campaign trail drew criticism from Biden and other Democrats.

“President Trump comes to Sanford today bringing nothing but reckless behavior, divisive rhetoric, and fear mongering," Biden said in a statement. “But, equally dangerous is what he fails to bring: no plan to get this virus that has taken the lives of over 15,000 Floridians under control.”

Florida state Rep. Shevrin Jones, a Democrat who is running for state Senate and who recently recovered from his own COVID-19 infection, said in a conference call with reporters that Trump should not be coming to Florida.

Florida lawyer Dan Uhfelder, who has dressed as the Grim Reaper on beaches to highlight the coronavirus threat, filed a lawsuit Monday trying to stop Trump from holding his Sanford rally. It seeks to have the event classified as a public nuisance.

Trump, for his part, is eager to show the world that he is no longer sidelined by a virus that he has consistently played down and that has killed 215,000 people across the nation.

Since his release from a military hospital after three days of around-the-clock care that included access to experimental antibody treatments unavailable to the public, Trump has used his personal experience to try to convince the public that he was right all along.

He has repeatedly told Americans who contract the virus that they're “going to get better really fast,” although hundreds of people in the U.S. die of the virus every day.

Trump held his first public event since his diagnosis on Saturday, addressing a crowd of hundreds of people on the South Lawn from a White House balcony. Appearing without a mask and with bandages still visible on his hands, likely from intravenous injections, Trump spoke for just 18 minutes — far less than his usual campaign rallies, which can last upwards of 90 minutes.

He told the crowd the virus is "disappearing,” even as cases have been on the rise.