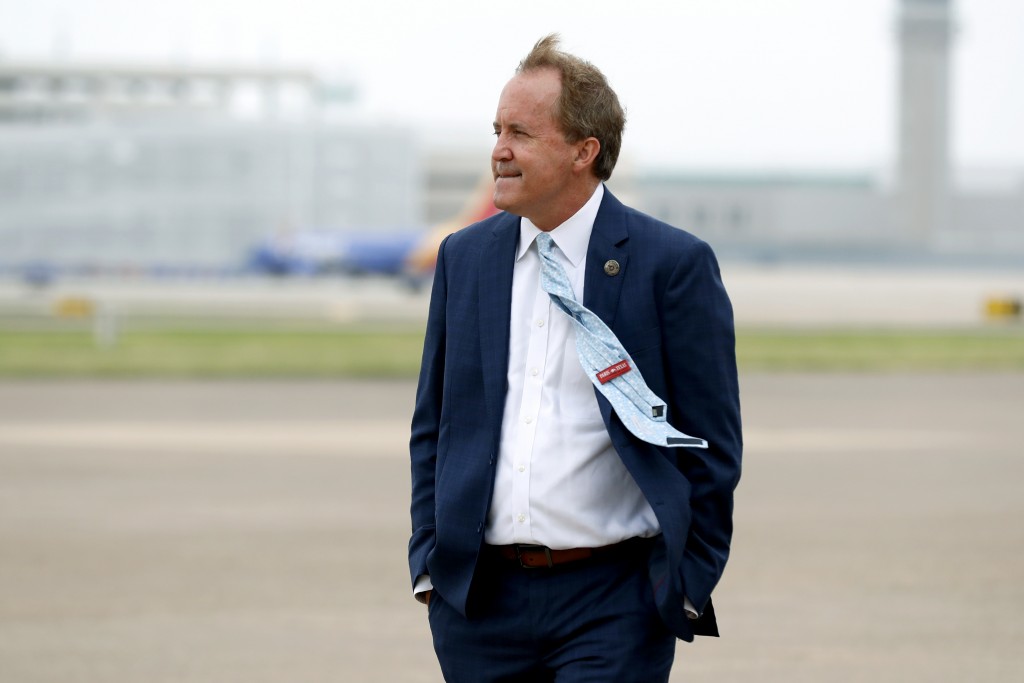 DALLAS (AP) — Texas Attorney General Ken Paxton is already facing calls to resign and accusations of crimes by his own staff over an investigation sought by one of his wealthy donors. Now, the Republican’s office has to contend with a threat of possible legal action from that donor.

In a letter sent Sunday, a lawyer for Austin real estate developer Nate Paul wrote that Paxton's staff was hostile to the probe from the first. The letter does not specifically say Paul will sue, but it is styled as a “litigation hold” demanding the preservation of all related documents. It also questions whether the announcement last week closing the investigation was legitimate.

The letter adds to the confusion around a mire of investigations and legal disputes that came to public attention this month when seven top lawyer's in Paxton's office accused him of bribery, abuse of office and other crimes. The unspecified accusations stem from the attorney general hiring an outside lawyer to look into Paul's claims of wrongdoing by state and federal law enforcement.

“The chaos within the OAG and public pressure created by the media spectacle resulted in media reports late Friday indicating the ‘investigation is now closed,’” wrote Paul's attorney, Michael Wynne. “We were never contacted by the OAG regarding this apparently pressured decision, and as such question whether this was in fact an accurate and a legitimate communication from your office.”

Paxton’s office did not immediately respond to a request for comment on the letter. Wynne released it to reporters Sunday night.

The attorney general's office announced the investigation was closed Friday afternoon, hours after prosecutors in Austin expressed unease. State police also confirmed they had referred the criminal allegations made by Paxton’s staff to federal authorities.

Paxton, who has spent nearly his entire term in office under indictment for separate allegations of securities fraud, is also facing mounting pressure from fellow Republican's over the investigation.

He said he hired an outside lawyer to handle the case because he knows Paul and because his staff were trying to block it. He has denied wrongdoing and cast blame on “rogue employees and their false allegations.”

Paul donated $25,000 to Paxton's 2018 reelection campaign but the full nature of their relationship is unclear. The junior lawyer Paxton hired for the fraught case had no prosecutorial experience, but does have ties to Wynne.

Wynne’s letter came days after a Texas judge sanctioned him in a legal dispute involving Paul, an Austin nonprofit with a financial stake in the developer’s business and the attorney general’s office.

Travis County Judge Jan Soifer took the unusual step Friday of ordering Wynne to personally pay financial penalties in a case connected to a suit the Roy F. and Joann Cole Mitte Foundation brought against Paul's companies. The judge found he acted in “bad faith” by suing on behalf of shell companies that are controlled by Paul and were created specifically to intervene in the case.

Wynne, a criminal defense attorney and former federal prosecutor, called this “blatantly inaccurate" and said the “lawsuit was brought entirely in good faith.” He vowed to appeal.

Ray Chester, an lawyer for the Mitte Foundation, said the nonprofit wants to get its money out of Paul's companies but has been presented with numerous obstacles as the developer has cycled through 14 different law firms in two years.

“They’ve basically tried every dirty trick in the book,” he said.