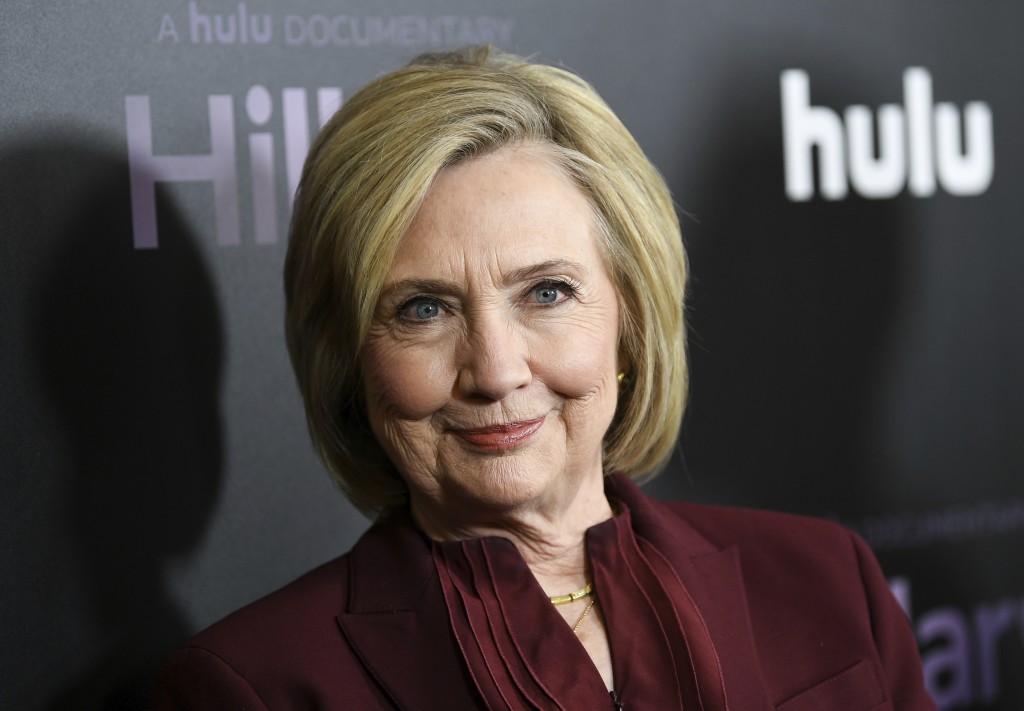 TAIPEI (Taiwan News) — In an article by Hillary Clinton that was published Monday (Oct. 12) in Foreign Affairs, the former secretary of state argued that the U.S. is gravely unprepared for a range of 21st-century threats.

In her article entitled “A National Security Reckoning: How Washington Should Think About Power,” Clinton stated that the U.S. has been unable to bolster its national security and has failed to consider an approach that encompasses a wide range of threats, including intercontinental ballistic missiles, insurgencies, cyberattacks, viruses, carbon emissions, online propaganda, and shifting supply chains.

She argued that the U.S. must modernize its defense capabilities by moving away from costly legacy weapons systems “built for a world that no longer exists.” She also said the nation should focus more on domestic renewal, which involves supporting domestic innovation and bolstering strategically important industries and supply chains.

These dual strategies, she wrote, are mutually reinforcing. “Modernizing the military would free up billions of dollars that could be invested at home in advanced manufacturing and R&D,” she said.

This move, Clinton remarked, would help the U.S. “compete with its rivals and prepare for non-traditional threats such as climate change and future pandemics.” Furthermore, she said that it will assuage some of the economic woes caused by budget cuts at the Pentagon, adding that integrating foreign and domestic policy in this way will be an effective strategy for America to “regain its foothold in an uncertain world.”

“The Pentagon is at risk of being caught unprepared for the very different demands of competing with China,” Clinton warned.

She noted that powerful players in the Pentagon, Congress, and the private sector have built careers doing things the same way. “They have a vested interest in maintaining the status quo,” she wrote.

Clinton stressed that the Pentagon must adapt to a strategic landscape vastly different from the one it faced during the Cold War or the War on Terror. She also noted that new technologies such as artificial intelligence have rendered many old systems obsolete and created opportunities that “no country has yet mastered but many are seeking.”

Clinton stated that while the American military has been fighting costly wars in the Middle East, China has been investing in cost-effective anti-access/area-denial weapons, such as anti-ship ballistic missiles, which pose a threat to U.S. aircraft carriers.

She suggested that a renewed commitment to diplomacy would strengthen the U.S.’ military position. Additionally, Clinton warned that the U.S. should not be “lulled into a false sense of security by its continuing firepower advantage or the fact that its defense budget remains orders of magnitude larger than Beijing’s.”

She said that China’s advances have become a new type of asymmetric threat, which means that America’s air and sea superiority in the Indo-Pacific region is no longer ensured.

Deep savings over the next decade can and should be found by retiring legacy weapons systems, Clinton wrote. She stated that the U.S. should significantly reduce its reliance on aging intercontinental ballistic missiles, pursue a “newer and fewer” approach to modernization, and revive the arms control diplomacy that the Trump administration scrapped.

In terms of domestic renewal, Clinton recommended that the country pursue a plan similar to the one proposed by former Vice President Joe Biden to invest US$700 billion in innovation and manufacturing and impose stronger “Buy American” provisions. This, she believes, will help boost domestic production in key sectors, such as the steel, robotics, and biotechnology industries, which in turn will assist in “reshoring sensitive supply chains and expanding strategic stockpiles of essential goods.”

Massive new investments in advanced manufacturing and R&D will be costly, Clinton acknowledged, but she stressed that they are necessary for the nation's long-term economic and security interests. She added that military modernization and domestic renewal must be simultaneous in order to bring advanced manufacturing and R&D to the places most affected by defense cuts.

Clinton concluded by saying that if done properly, the U.S. can minimize the economic damage and maximize its ability to compete with China and prepare for future challenges.