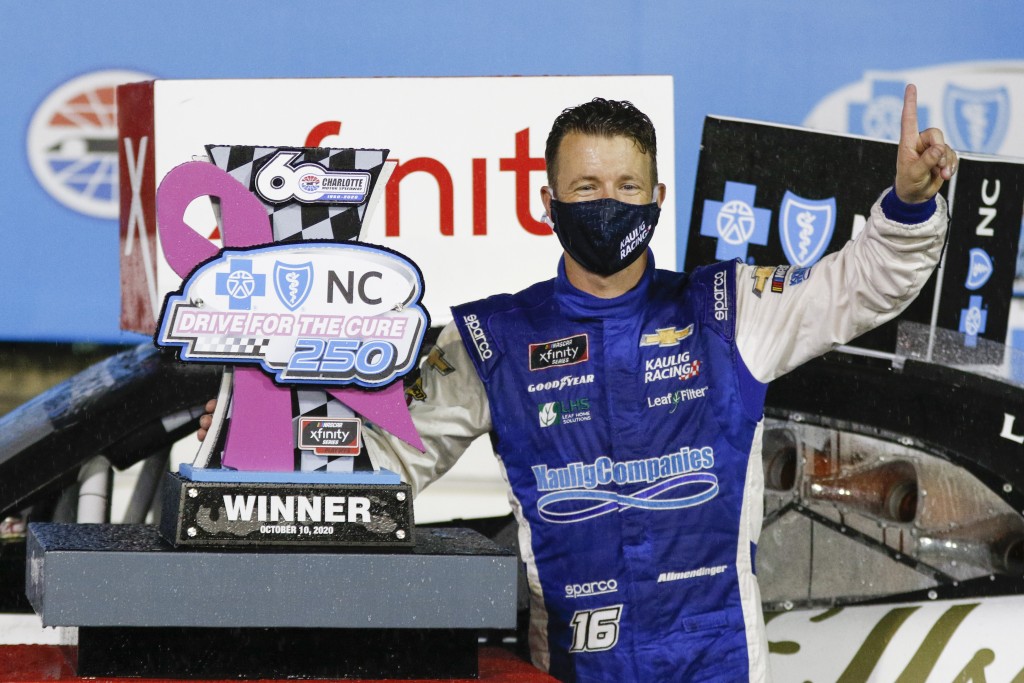 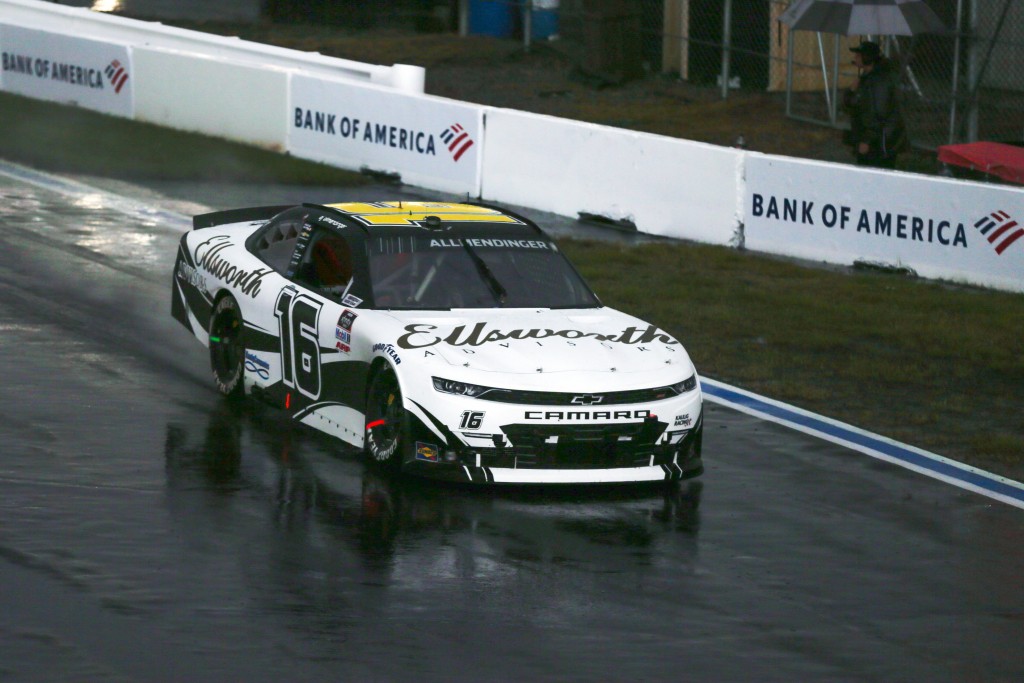 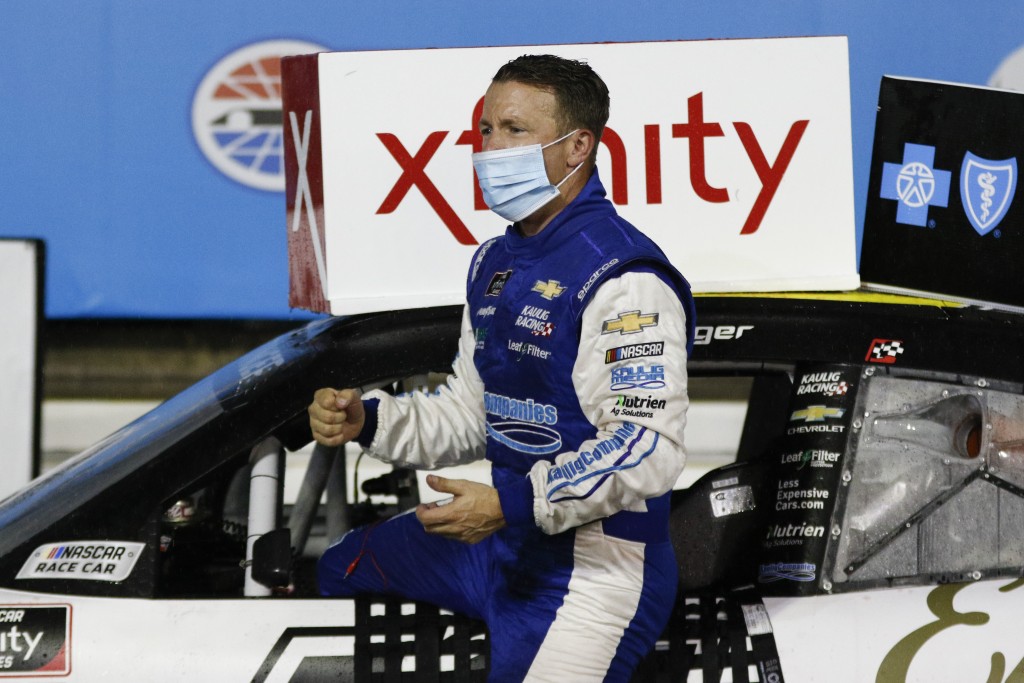 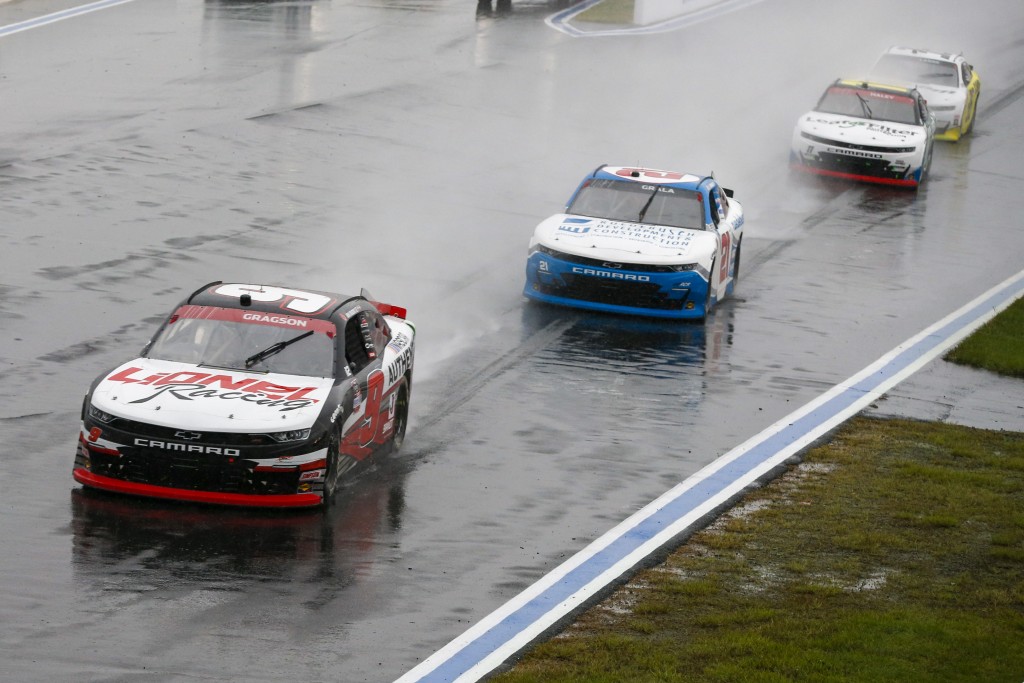 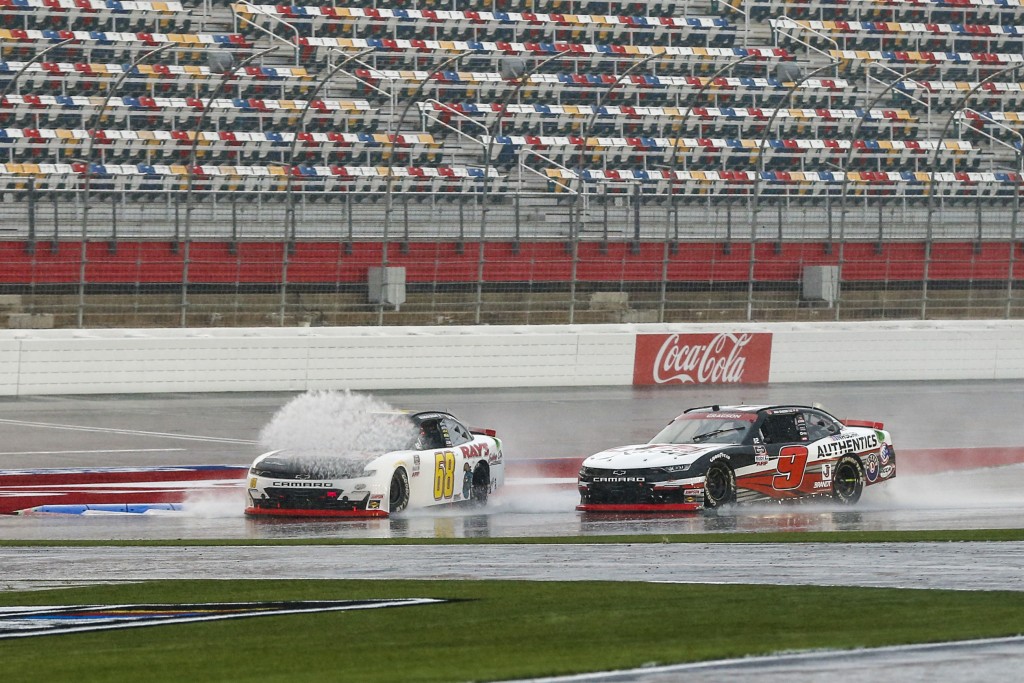 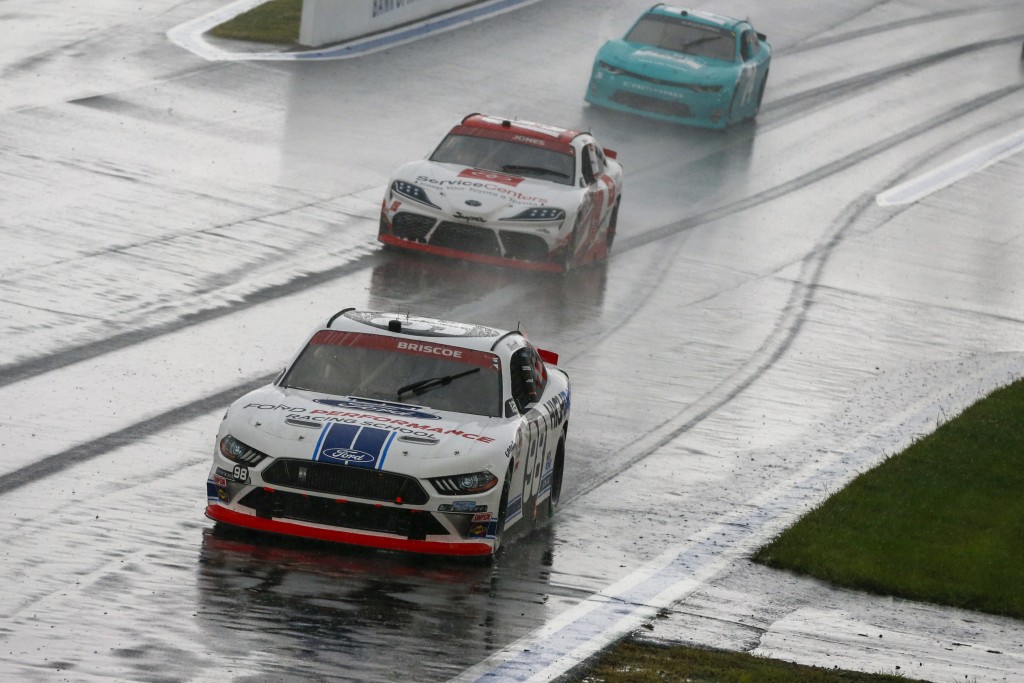 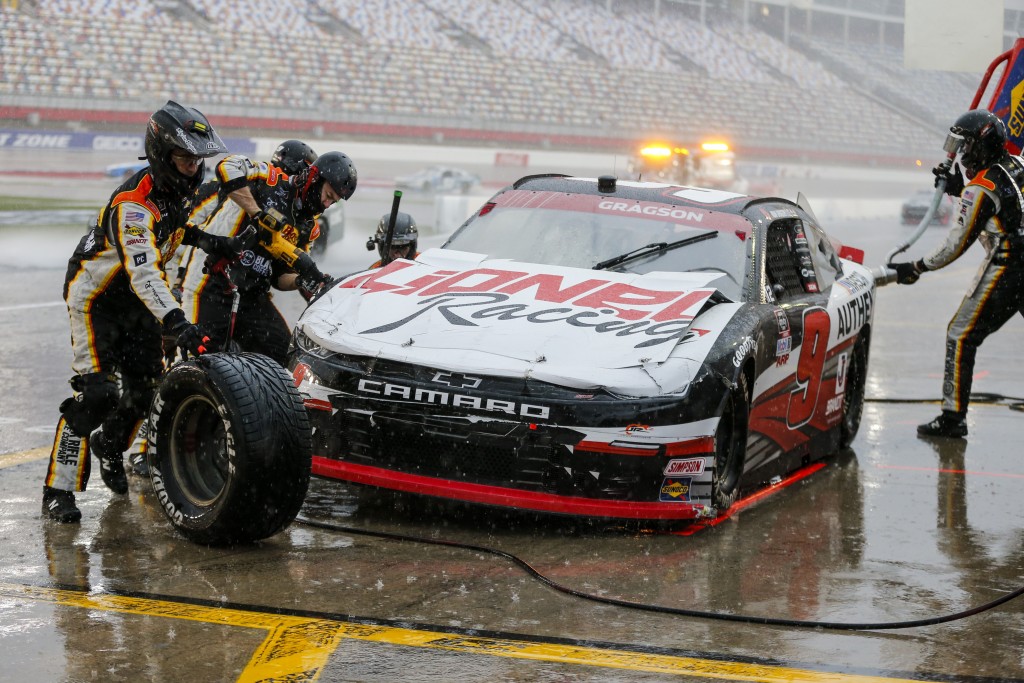 CONCORD, N.C. (AP) — AJ Allmendinger splashed his way through a torrential rainstorm that turned Charlotte Motor Speedway into a slip-and-slide Saturday to win the Xfinity Series race on the hybrid road course-oval “Roval."

Allmendinger won for the second time this season in 10 starts for Kaulig Racing. He's easily the most experienced NASCAR driver at both road course racing and driving in wet conditions — Allmendinger has a long career in multiple formulas, including sports cars and open-wheel, which both race in the rain.

“I don't know what we just witnessed,” Allmendinger said. “I was complaining the whole race. That was miserable. Crazy. Those conditions, to me, it's not a lot of fun.

“I thought at times it was dangerous, the hydroplaning. At times I thought we should have stopped it."

Allmendinger's victory in near darkness on a soaking wet track ended a sloppy race marred by multiple slides through standing water. It was an elimination race for the Xfinity Series playoffs and Harrison Burton, Brandon Brown, Michael Annett and Riley Herbst were knocked from title contention.

Allmendinger had a short celebration before he had to transition to NBC Sports' booth to call IMSA's debut on Charlotte's purpose-built Roval. While he was in victory lane, the soaking wet fans still in attendance loudly chanted “AJ! AJ! AJ!” as Allmendinger was shown on Charlotte's massive video board that illuminated the infield.

“In the infield with no lights, and the world's biggest jumbotron blaring, I mean, you couldn't see anything,” Allmendinger said. “I was just guessing where the corners were and just praying that when you hit the puddles you don't go off the racetrack.”

Allmendinger and Xfinity Series championship leader Chase Briscoe, the defending Roval winner, had a spirited race for the victory. Briscoe took the lead from Allmendinger with four laps remaining in regulation but Allmendinger grabbed it back at the start of overtime.

As Allemendinger surged to the front, Briscoe spun and slipped to an 18th-place finish.

It began to rain mere minutes after the race began and the wet conditions immediately disrupted the action. Drivers began sliding all over the track, into walls, and some struggled to get their windshield wipers working.

NASCAR had to stop the race for nearly 40 minutes as track dryers attempted to sweep standing water from the surface, and while it temporarily improved conditions, heavy rain later simply soaked the track again.

There were 10 cautions and six different leaders, including Noah Gragson who spun while out front in an eventful afternoon. He was later shoved off the course by Riley Herbst and during the delay vowed his revenge.

Gragson still finished second and was followed by Daniel Hemric to give JR Motorsports a pair of Chevrolets on the podium.

Austin Cindric was the highest-finishing Ford driver in sixth, followed by Cody Ware, Jade Buford, Michael Annett and Brandon Jones in a Toyota.