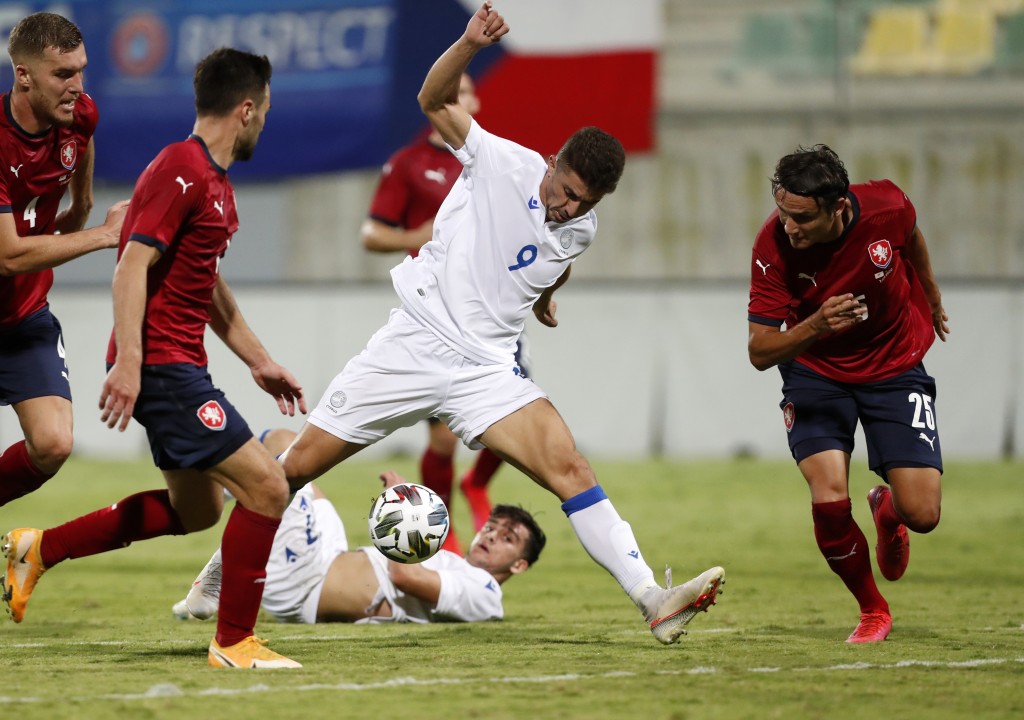 PRAGUE (AP) — Three members of the Czech Republic national team tested positive for the coronavirus ahead of a Nations League game against Israel.

The Czechs are scheduled to face Israel in Haifa on Sunday.

The three who tested positive were not identified and were in isolation. The Czech team says 16 others have to be re-tested after the results of their tests were inconclusive.

The Czechs were scheduled to fly to Israel on Saturday from Cyprus, which hosted the Czech team in a friendly match Wednesday.

The soccer association said nine players as well as staff members and coaches were “on their way to Israel" as scheduled after they tested negative.

The rest remained in Cyprus, waiting for the results of the new tests; those are anticipated late Saturday.

The association was ready to fly in replacement players from the Czech league so the match can go ahead if any of the tests are positive.