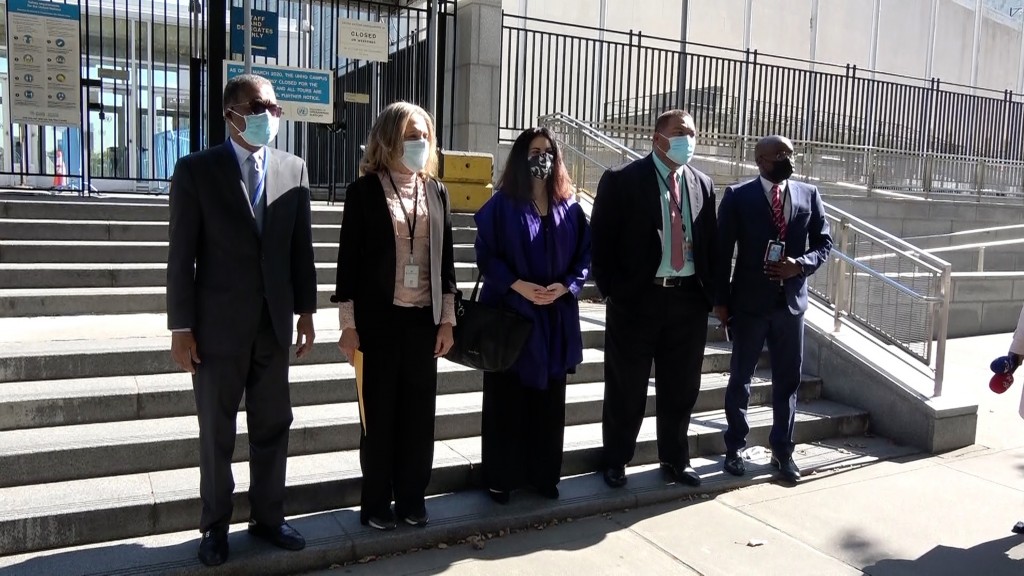 Officials of Taiwan's diplomatic allies submitted a joint letter on Friday in support of Taiwan's participation in the United Nations to U.N. Secretary-General Antonio Guterres.

The joint letter, signed by 10 of Taiwan's 15 diplomatic allies, was submitted to Guterres personally by the permanent representatives of Belize, Tuvalu and Eswatini to the U.N.

The letter said that the U.N. should view Taiwan as a partner in the global fight against the COVID-19 pandemic and in realizing its Sustainable Development Goals (SDGs).

The letter also called on the U.N. to take action to resolve the situation in which the 23 million people of Taiwan are excluded from the U.N. system, to lift the ban on Taiwanese citizens and its media from entering U.N. headquarters to attend events and to allow Taiwan to contribute in SDGs with dignity and parity.

Lois Michele Young, Belize's permanent representative to the U.N., told reporters after submitting the letter that she emphasized to Guterres that Taiwan should be allowed to participate in the World Health Assembly (WHA).

Young said she told Guterres that his words have significant weight and he can speak up for Taiwan, although Guterres pointed out that he has no control over the WHA.

Guterres cited U.N. General Assembly Resolution 2758, which recognizes Beijing as "the only legitimate representative of China to the U.N." as the basis for Taiwan's continued exclusion, Young said.

But Young said in return that the resolution is not line with the current situation.

The U.N. held its 75th general assembly from Sept. 15-30. In its annual debate, 12 of Taiwan's 15 diplomatic allies voiced support for Taiwan's bid to participate in the U.N. system, one country more than last year.

In addition to the 10 countries that signed the joint letter, four others have written to Guterres individually, according to Taiwan's Ministry of Foreign Affairs.

The Vatican, Taiwan's only European diplomatic ally, did not express a position on the matter. (By Ozzy Yin and Emerson Lim)