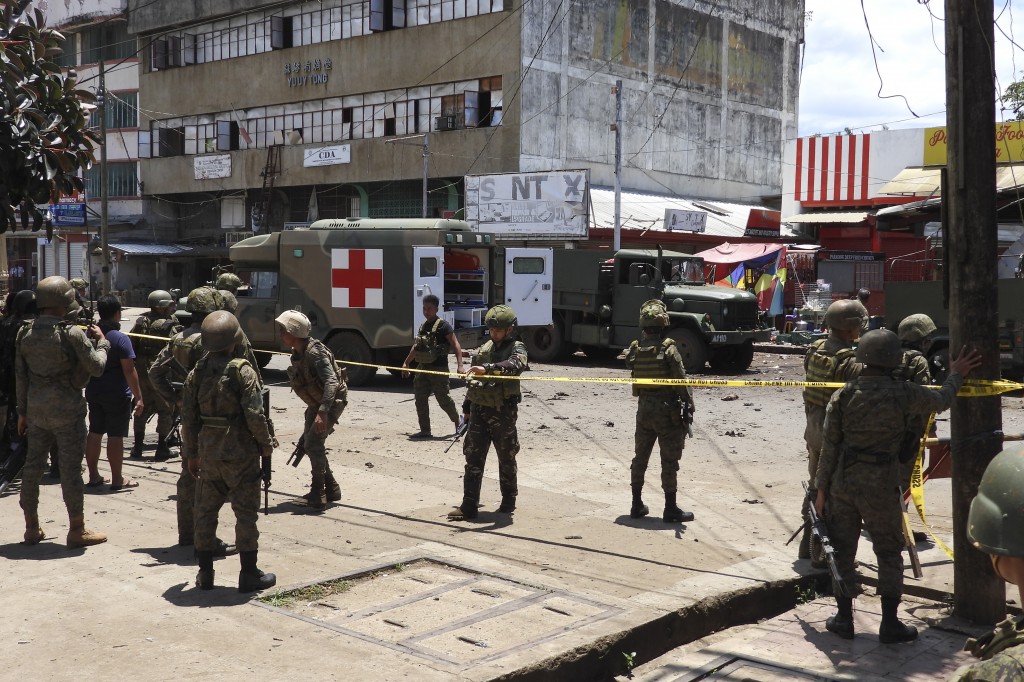 Army troops and police arrested Rezky Fantasya Rullie with two Filipino women, who were suspected to be the wives of Abu Sayyaf militants, in a house in southern Jolo town in Sulu province where they found an explosive vest and bomb components, the military’s Western Mindanao Command said.

The military also announced that Rullie’s husband Andi Baso, who is wanted in the Philippines and Indonesia for his alleged involvement in bomb attacks, had been killed in an Aug. 29 clash near Sulu’s Patikul town.

Philippine troops have intensified a manhunt for would-be bombers in the restive south following nearly simultaneous suicide attacks by two women militants that killed 15 people and wounded 75 others in August in Jolo town in the country’s worst extremist attack this year.

The two women who carried out the Aug. 24 suicide attacks In Jolo were the wives of Abu Sayyaf militants who had died, reflecting how extremism has involved families in some cases.

“It has become a family affair for a few who have allowed themselves to be wrongly indoctrinated,” army chief Lt. Gen. Cirilito Sobejana told The Associated Press.

At least eight other foreign militants in Sulu and southern Maguindanao province were being hunted by government forces. They include militants from Indonesia and Egypt, Sobejana said.

Rullie was involved in a “very imminent” plot to carry out a suicide attack in Jolo before her arrest, Sobejana said without elaborating, adding that Indonesian authorities were aware of Philippine efforts to locate and capture Indonesian militants in the southern Philippines.

Rullie’s parents were a militant couple who Philippine authorities said staged a suicide attack that killed more than 20 people and wounded more than 100 others during Sunday Mass in the Jolo cathedral in the predominantly Muslim province of Sulu, the military said.

Her partner Andi Baso had been blamed for a 2016 explosion that killed a child and wounded three others in a church in the Indonesian province of East Kalimantan. Sobejana said he was killed in a gunbattle with troops in Sulu in August and a DNA test was being done to confirm if a body recovered by troops was that of the Indonesian militant.

Rullie was arrested with two other women, including Inda Nurhaina, who the military said is the wife of Abu Sayyaf commander Ben Yadah.

Yadah, who is known by his nom de guerre Ben Tatoo, is one of the main suspects in the 2016 beheadings in Sulu of two Canadian tourists who were taken hostage by ransom-seeking Abu Sayyaf gunmen. Yadah remains at large and has been linked to recent kidnappings in Sulu.

The United States and the Philippines have separately blacklisted the Abu Sayyaf as a terrorist organization for bombings, kidnappings for ransom and beheadings. It has been weakened by battle setbacks, surrenders and factionalism but remains a national security threat along with a number of smaller armed groups associated with the Islamic State group.