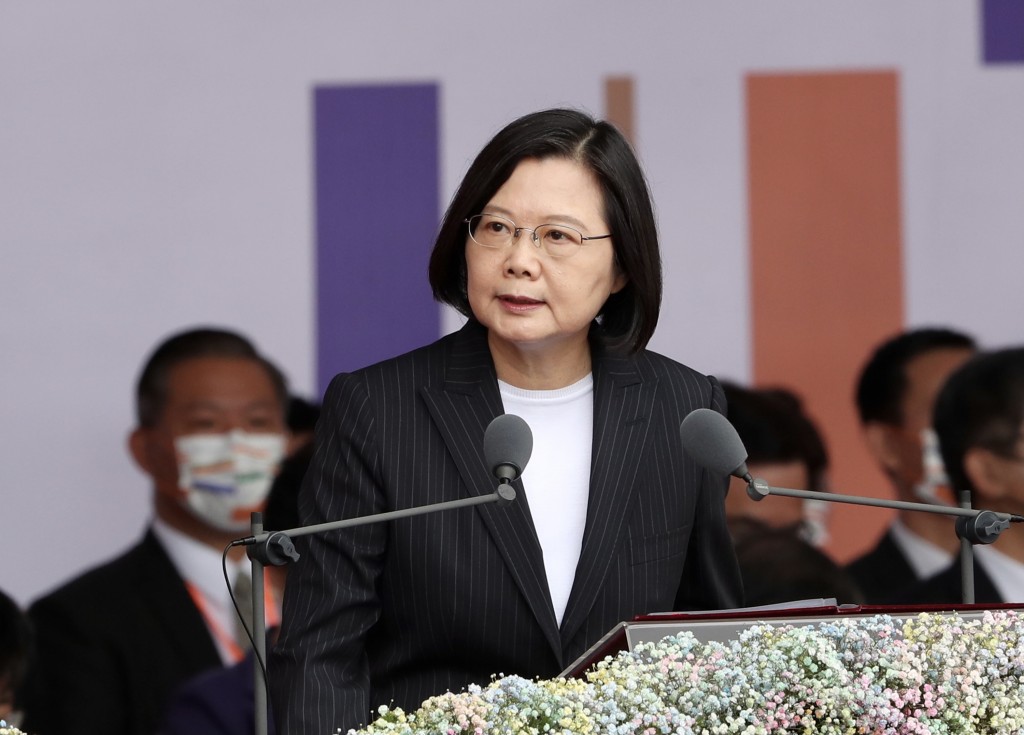 “Showing weakness and making concessions will not bring peace” remarked Tsai. “Adequate preparation and reliance on the determination and strength of solid national defense capabilities are the only way to guarantee Taiwan's security and maintain regional peace.”

“The guiding principles behind our current national defense strategy are to enhance national defense capabilities and lower the risk of military conflict,” noted Tsai. She called on Beijing to take joint responsibility for upholding cross-strait stability.

People’s Liberation Army (PLA) warplanes from China have conducted multiple exercises near Taiwan and carried out an unprecedented number of territorial incursions in recent months. The Ministry of National Defense said PLA aircraft have to date entered Taiwan’s Air Defense Identification Zone (ADIZ) 217 times, with 49 planes violating the cross-strait median line, an unofficial border between the two countries, this year.

The Chinese warplanes also entered the country’s southwestern ADIZ each day over the past four days to coincide with Taiwan's National Day celebrations. Tsai stressed that her government does not seek war but will never retreat in the face of threats to regional peace and stability.

In addition to addressing her cross-strait policy, Tsai laid out the nation's economic goals in the post-COVID era, including seeking closer ties with the U.S. and reducing the country’s economic dependence on China — a strategy U-turn compared to her predecessors. The deepening of Taiwan-U.S. economic cooperation marks the start of a comprehensive breakthrough in "international economic and trade cooperation,” observed the president.

“We will fully and comprehensively participate in supply chain reorganization,” in order to make “Taiwan an indispensable force in global supply chains,” said Tsai. She added that Taiwan will strive to become “a hub for international capital, talent, and digital technology” and take advantage of its booming ICT and semiconductors industries.

Looking back at the months-long efforts to contain the coronavirus outbreak, Tsai praised Taiwanese for their unity and cooperation. "Our successful response to the challenges of the pandemic has proven our nation's viability during times of adversity and boosted public confidence.”

“We have united, because we are well aware of the importance of defending our homeland,” noted Tsai, describing 2020 as a “decidedly difficult” but “very rewarding” year. The Tsai administration’s early response to containing the virus outbreak, which has so far resulted in about 500 infected cases and only seven deaths, has been hailed by foreign media as exemplary.

The National Day celebration took place at the Presidential Office Plaza, but was on a reduced scale due to fewer overseas guests and disease prevention methods such as social distancing. A group of 21 health officials and medical personnel were selected to lead the singing of the national anthem.