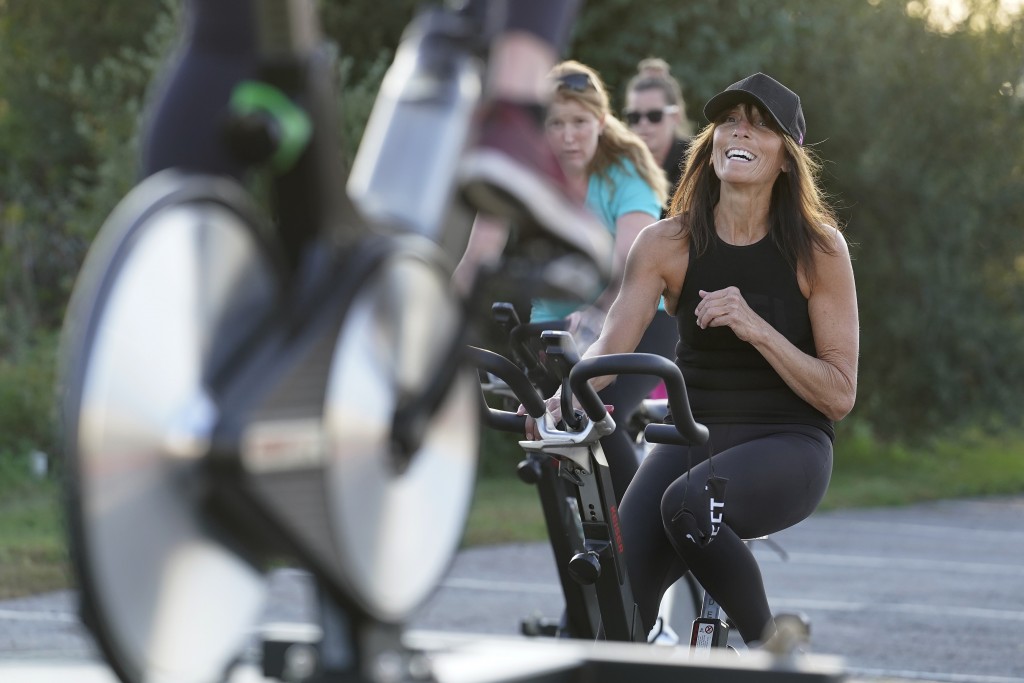 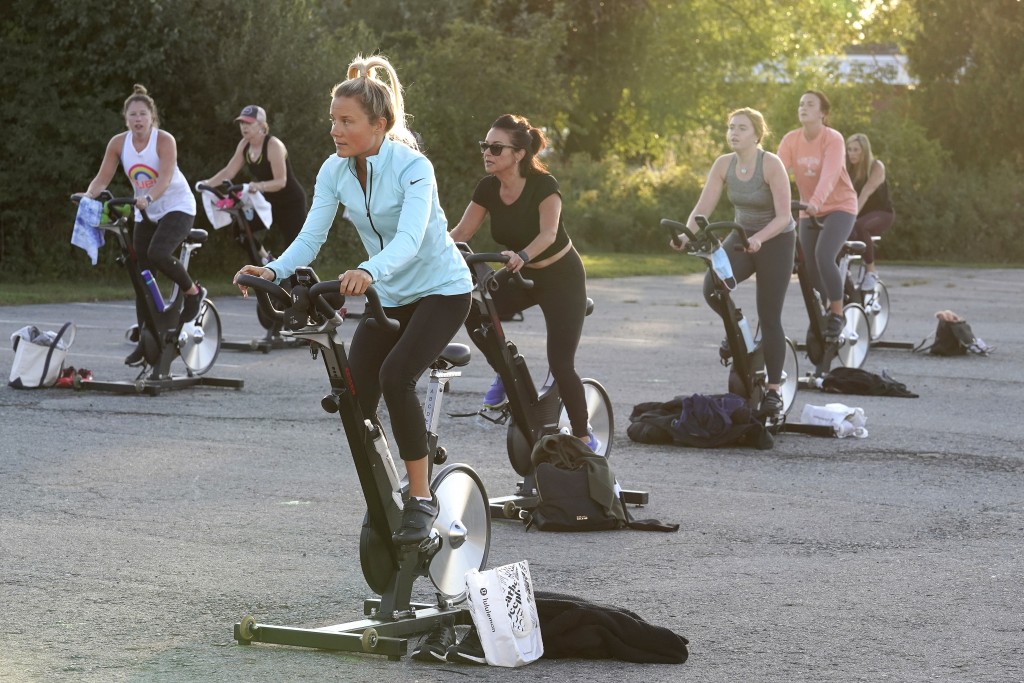 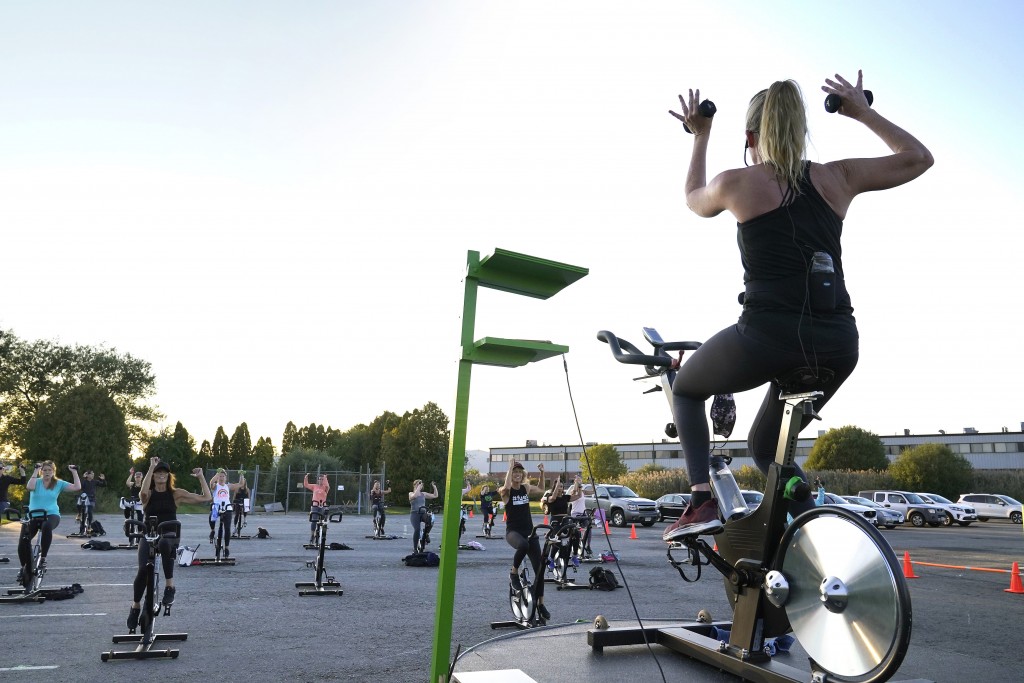 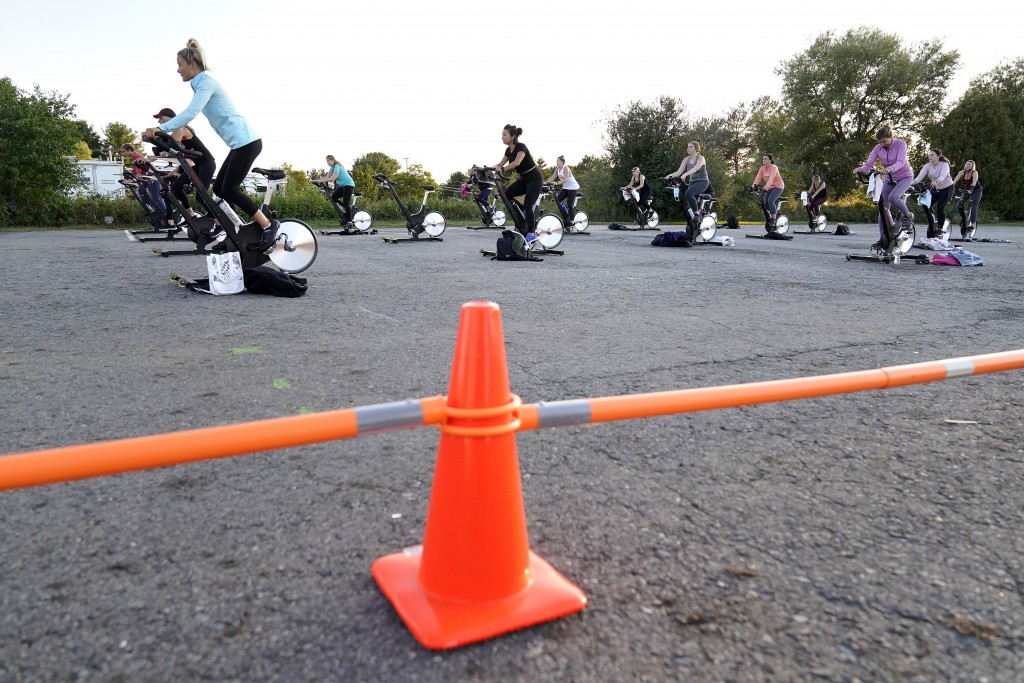 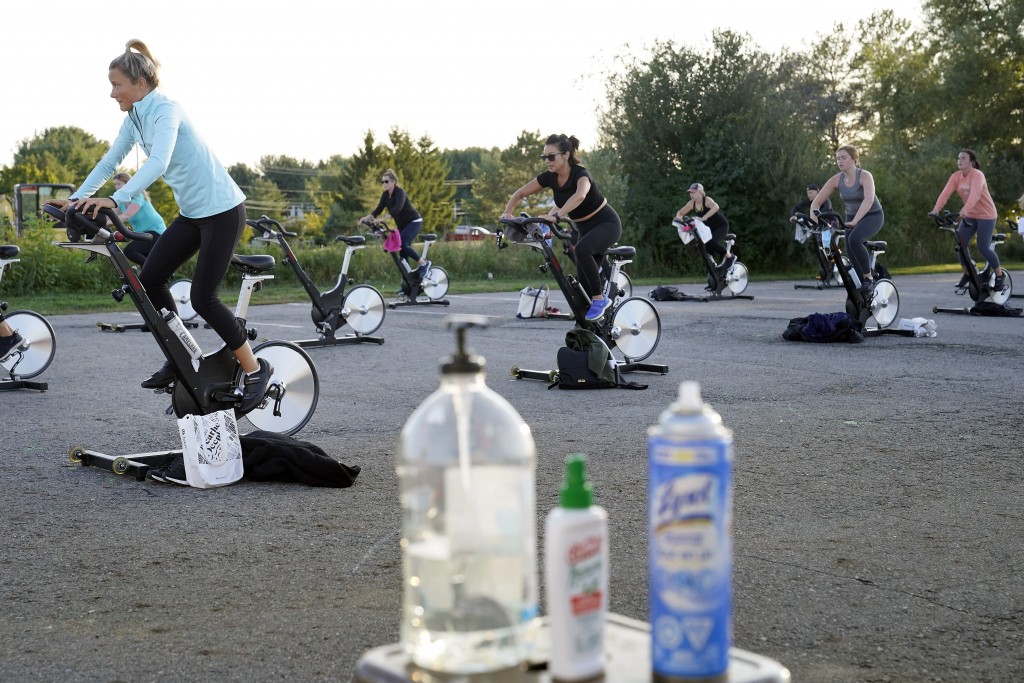 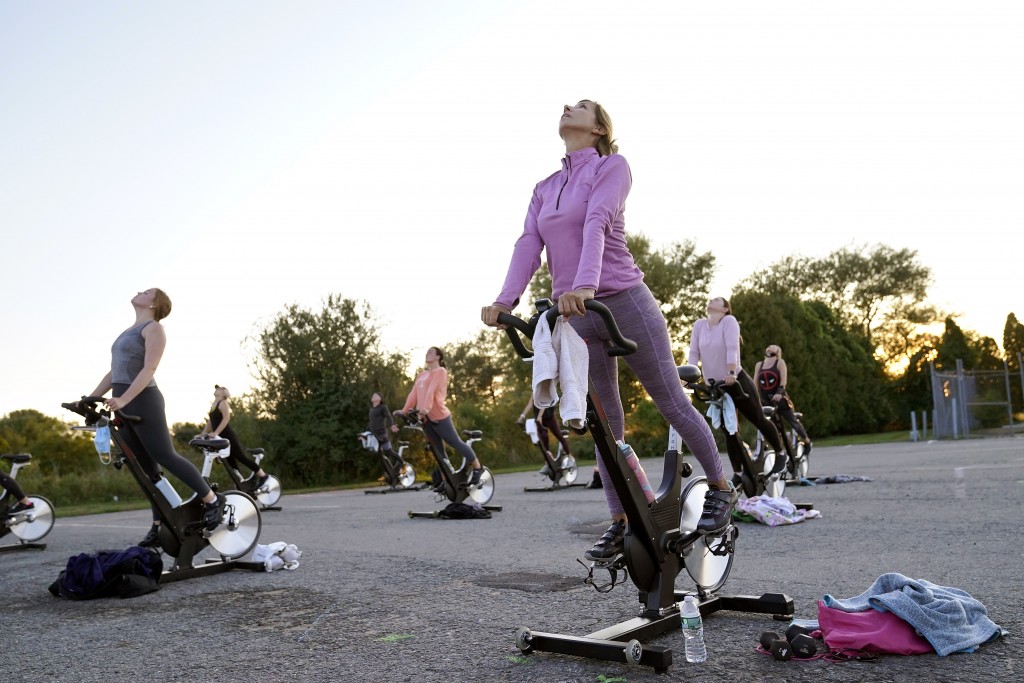 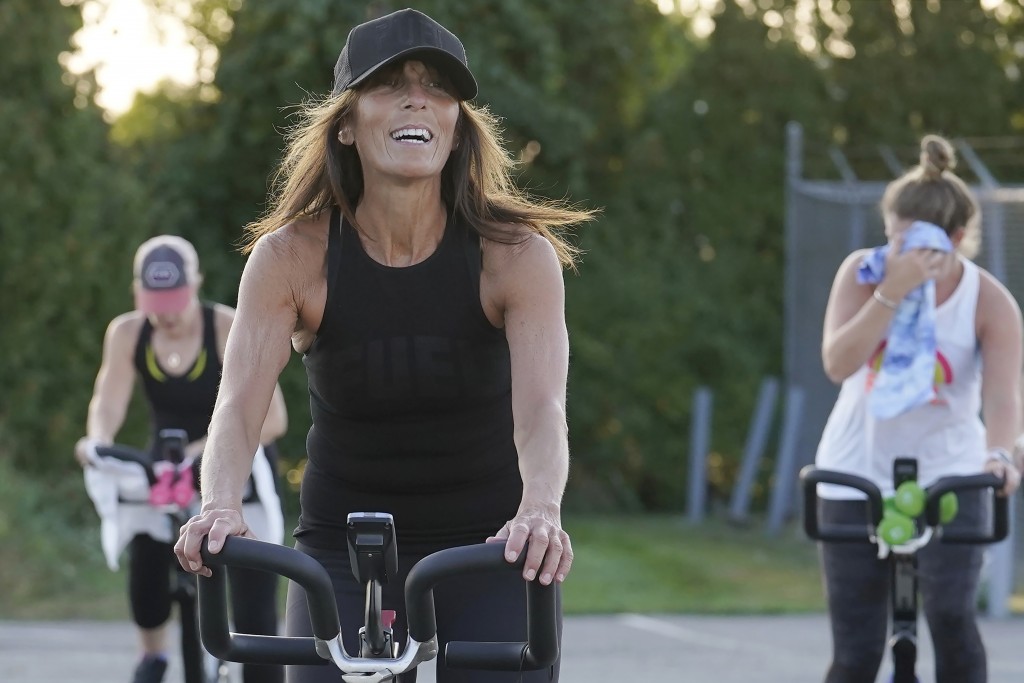 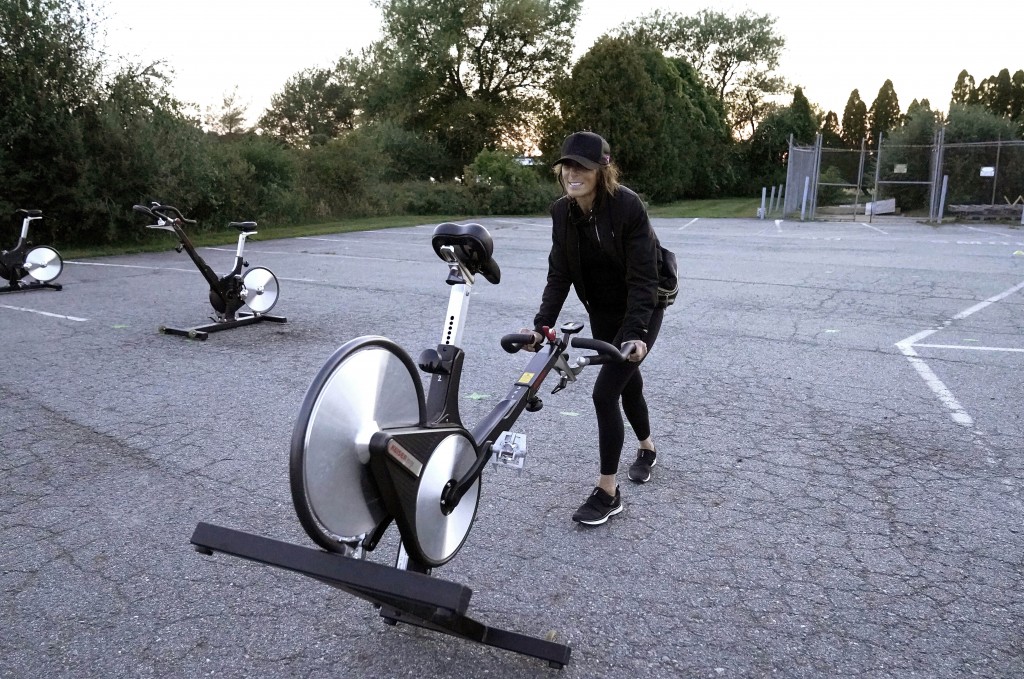 NEW YORK (AP) — There’s little evidence of Americans’ passion for fitness at the tens of thousands of small and independent gyms around the country.

Gyms, health clubs and workout studios began reopening in late spring following government-ordered shutdowns aimed at halting the coronavirus spread. But most are only allowed to have a fraction of their regular clientele onsite at one time. And some clients are staying away for fear of catching the virus.

The International Health Racquet & Sportsclub Association, an industry group, estimates that gyms, health and fitness clubs lost an aggregate $13.9 billion during shutdowns as of Aug. 31. The group warns that without government help, at least a quarter could close by Dec. 31 as limits on indoor workouts continue.

Michael Hanover is lucky if he gets 45 client hours a week in his Northbrook, Illinois gym, Fitness Hero Wellness Center, down from his usual 60. He sometimes opens at 5 a.m. or stays late at night to get those hours; many clients are too uneasy to come in when other people are there.

“We don’t have people pounding on the door trying to get in,” Hanover says.

In Illinois, gyms currently can operate at 50% of capacity, leaving Hanover with no more than 10 people onsite at any time. He feels small gyms have been lumped in unfairly with big fitness chains where there might be hundreds of people exercising at once and coming into contact with one another. He’d like to be able to bring in more clients.

Hanover's big worry: A surge in cases that might prompt officials to force gyms to go back to holding only outdoor classes and one-on-one training sessions indoors.

“It will be devastating and most likely, the end of Fitness Hero Wellness Center,” Hanover says.

Over 80% of the 40,000 to 50,000 health and fitness clubs in the U.S. are small businesses, according to the IHRSA. Whether yoga studios or fully equipped gyms, these businesses provide a livelihood to their owners. Last year, the overall industry employed 3 million trainers, instructors and other workers.

In a thriving fitness center or small gym, people run on treadmills or pedal stationary bikes nearly side by side, exercise classes are crowded and trainers work with clients just inches or a few feet apart. After a good exercise, people tend to breathe more frequently and harder.

When it comes to the coronavirus, all those scenarios concern health officials because they can increase the spread of the respiratory droplets that carry the virus.

To allay those fears, owners follow Centers for Disease Control and Prevention guidelines calling for bikes and treadmills to be spaced further apart or unplugged so some can’t be used. Equipment is disinfected after each use. Masks are required.

Owners are also installing ventilation equipment to lessen the chances of breathing in concentrated amounts of coronavirus germs. But these procedures don’t reassure many people who used to work out several times a week.

Vincent Miceli, owner of Body Blueprint Gym, sees another problem: People have found they can stay in shape without a gym by running, buying their own equipment or taking online workout classes.

“When we reopened, we assumed that about 30% of our members would never come back to a gym because they found something else, and that was pretty accurate,” says Miceli, whose gym is in Pelham, New York.

The state of New York is limiting the number of people in a gym to 33% of normal capacity. Before the pandemic, Miceli was running 140 classes a week; now it’s 25. His revenue is down 70%.

Jeanne Carter and Julie Bokat also held online classes while their Fuel Training Studio in Newburyport, Massachusetts, was forced to shut. Outdoor classes began in June and were well-attended; but when indoor classes were permitted in July, few clients wanted to be inside.

So, Carter and Bokat keep dragging bikes and other equipment in and out of the gym each day.

“We do a lot of schlepping. You do what you have to do,” Carter says.

The owners now plan a greenhouse-like structure that has heaters but no walls that Fuel Training Studio can use into the winter months. Clients have already shown on 40-degree mornings that they’re fine with working out in chill air.

“They started with a coat and hat on and within five minutes they were in tank tops,” Carter says.

Gyms in California have been particularly hard-hit. They’ve closed and reopened twice as the number of cases rose and fell and repeated that pattern. Many gyms, including those in Los Angeles and San Francisco, are operating under severe restrictions for indoor workouts. And smoke from nearby wildfires hampered outdoor workouts or forced their cancellation.

MX3 Fitness’s two small San Francisco studios can operate at only 10% of capacity after being allowed to reopen for indoor workouts Sept. 14. That means instead of the usual 12 clients and 12 trainers working at a time, they gyms are down to two and two in each.

Owners Dave Karraker and Glenn Shope have run online and outdoor classes, which are fully booked, but revenue is still only 20% of normal.

The two owners are fortunate to have some help in their fight to survive. Their landlords have reduced their rents and are allowing MX3 Fitness to put off some of 2020’s rent until next year. And the real saving grace is an Airbnb property they own in nearby Sonoma County.

“We couldn’t have fed ourselves were it not for the Airbnb,” Karraker says.