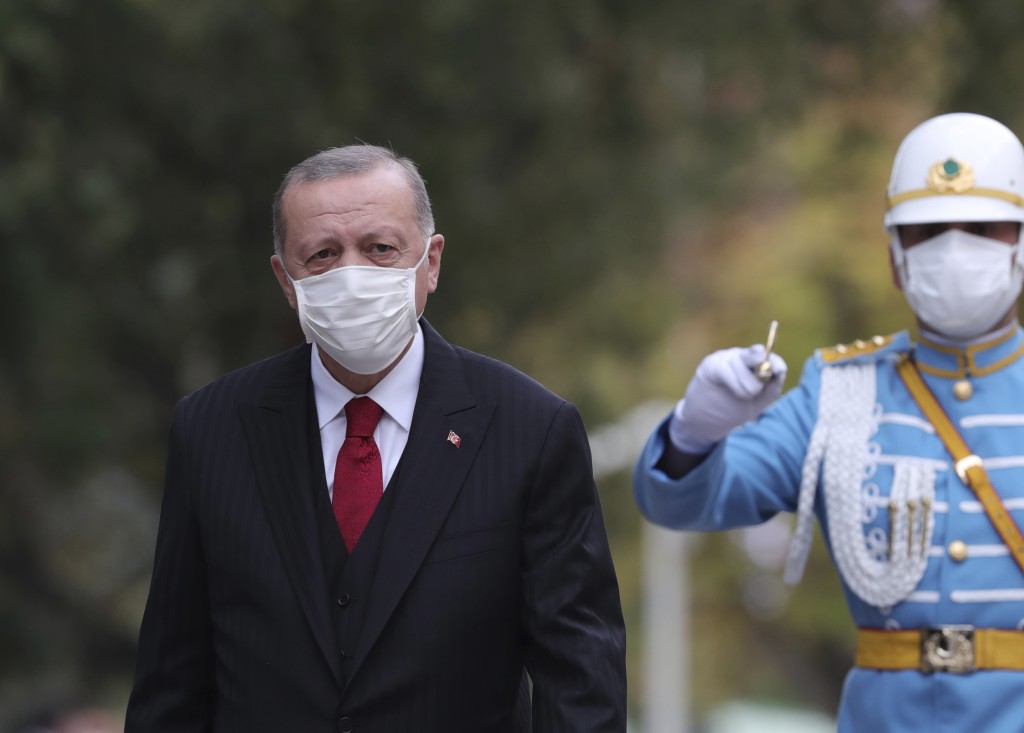 BRUSSELS (AP) — The European Union said Tuesday that Turkey’s negotiations on joining the world’s biggest trade bloc shouldn't be accelerated because of its failure to uphold democratic standards, protect the independence of its courts and effectively fight corruption.

In a scathing report on Turkey’s progress toward EU membership, the European Commission said the Turkish authorities continue to pressure civil society, aid groups and the media, and that political power is still being concentrated in the hands of President Recep Tayyip Erdogan.

“Turkey remains a key partner for the European Union. However, Turkey has continued to move further away from the European Union with serious backsliding in the areas of democracy, rule of law, fundamental rights and the independence of the judiciary,” the commission said.

Turkey began its EU membership talks in 2005 but they have stood at a standstill in recent years, and tensions with Ankara have mounted since over its disputed energy exploration in parts of the Mediterranean Sea.

Some EU countries oppose the large, relatively poor and mainly Muslim country joining. Germany, notably, would prefer an alternate kind of “privileged partnership.” France too is opposed to Turkey’s membership, and all 27 EU nations must agree for any country to join.

Countries hoping to take a seat at Europe’s big table must align their laws and legislation in 35 policy areas, or negotiating chapters. EU leaders agreed in 2018 that no new chapters in Turkey’s accession talks should be opened or closed.

“The report presented today confirms that the underlying facts leading to this assessment still hold, despite the government’s repeated commitment to the objective of EU accession,” said the commission, which runs and monitors membership talks on behalf of the 27 EU nations.

It said that the “adverse impacts” of a state of emergency, which was imposed by Erdogan after a failed military coup attempt in Turkey in 2016 and lifted two years ago, are still being felt today.

Turkey’s dispute in the eastern Mediterranean with EU members Greece and Cyprus, as well as its roles in conflict-torn Libya and Syria were also criticized in the report, which noted that Ankara’s foreign policy has “increasingly collided with the EU priorities.”

The EU relies on Turkey to stop migrants from entering the bloc through its borders with Greece and Bulgaria, and is paying around 6 billion euros ($7 billion) to help Syrian refugees in the country to persuade Ankara not to let migrants head to Europe. EU leaders suggested last week that they are willing to send Turkey even more funds.