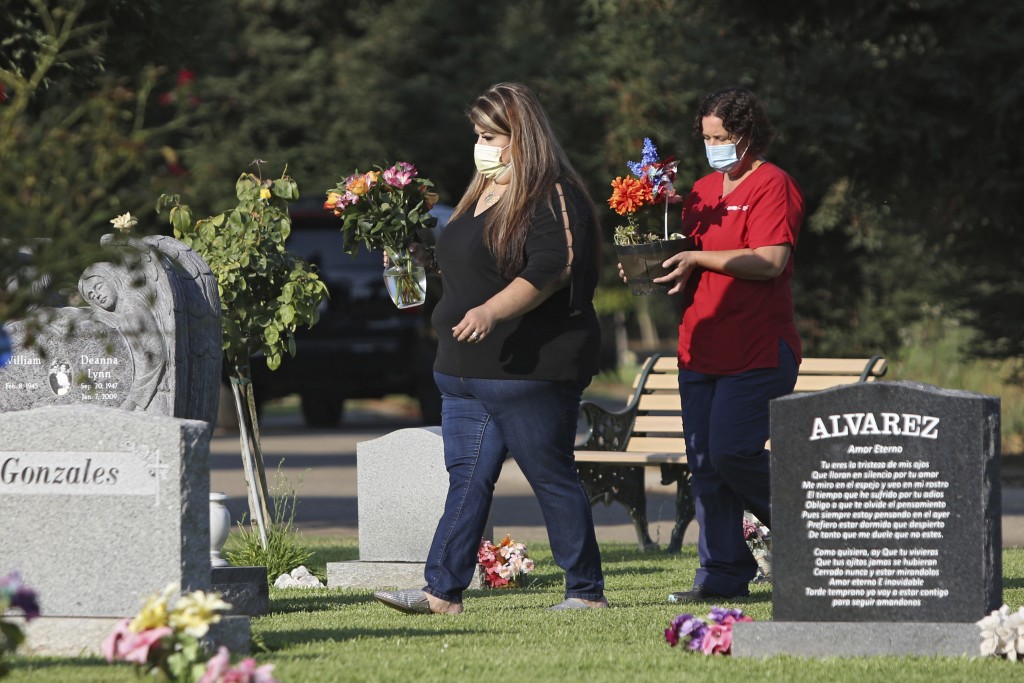 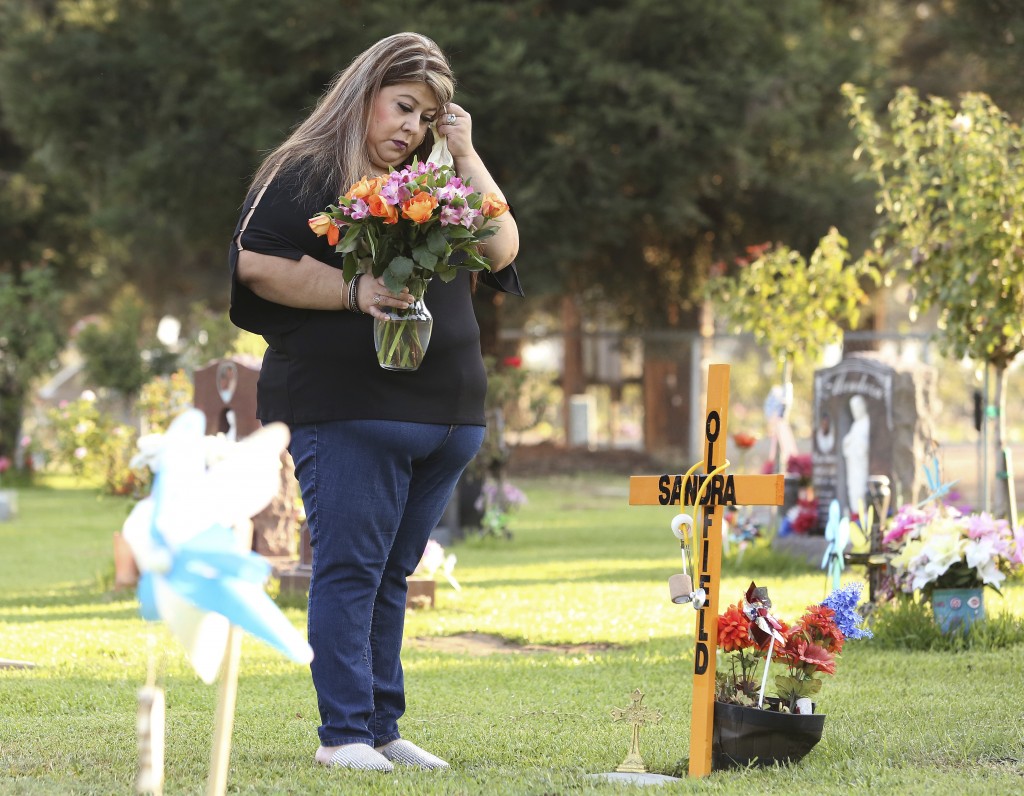 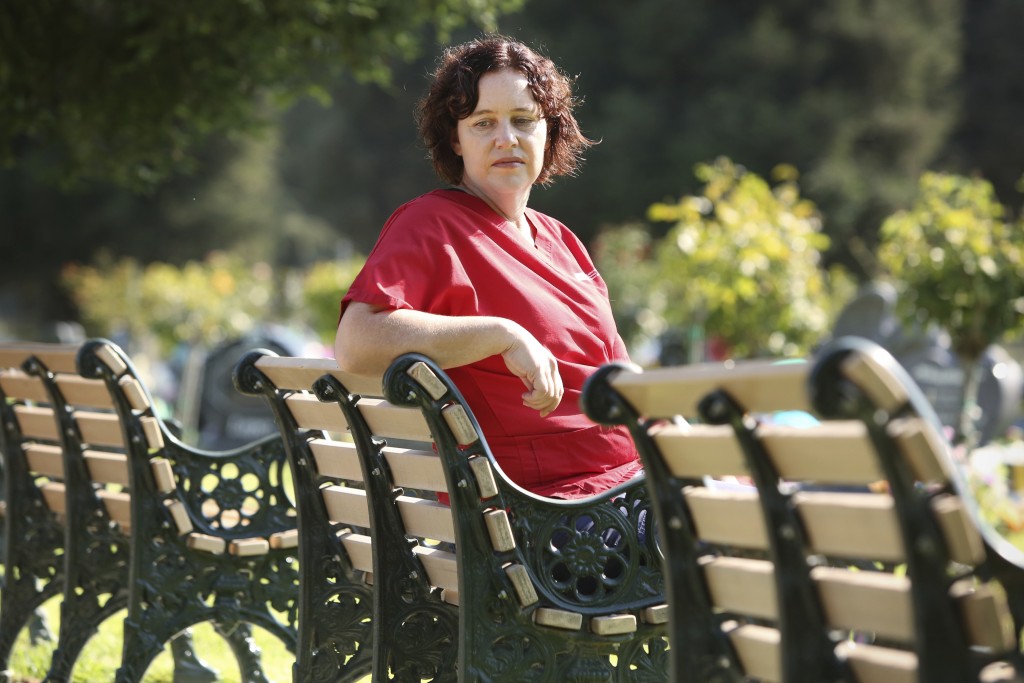 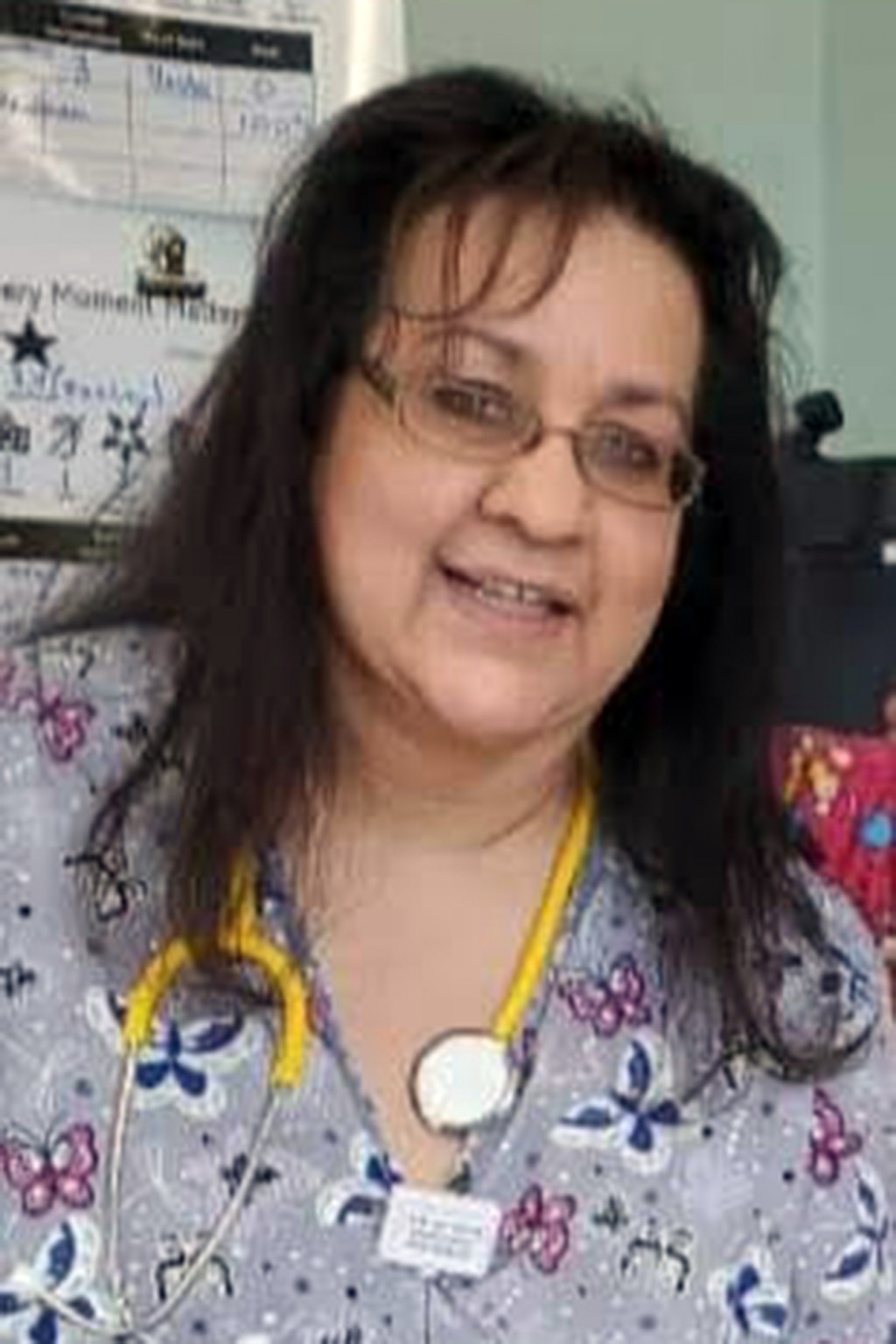 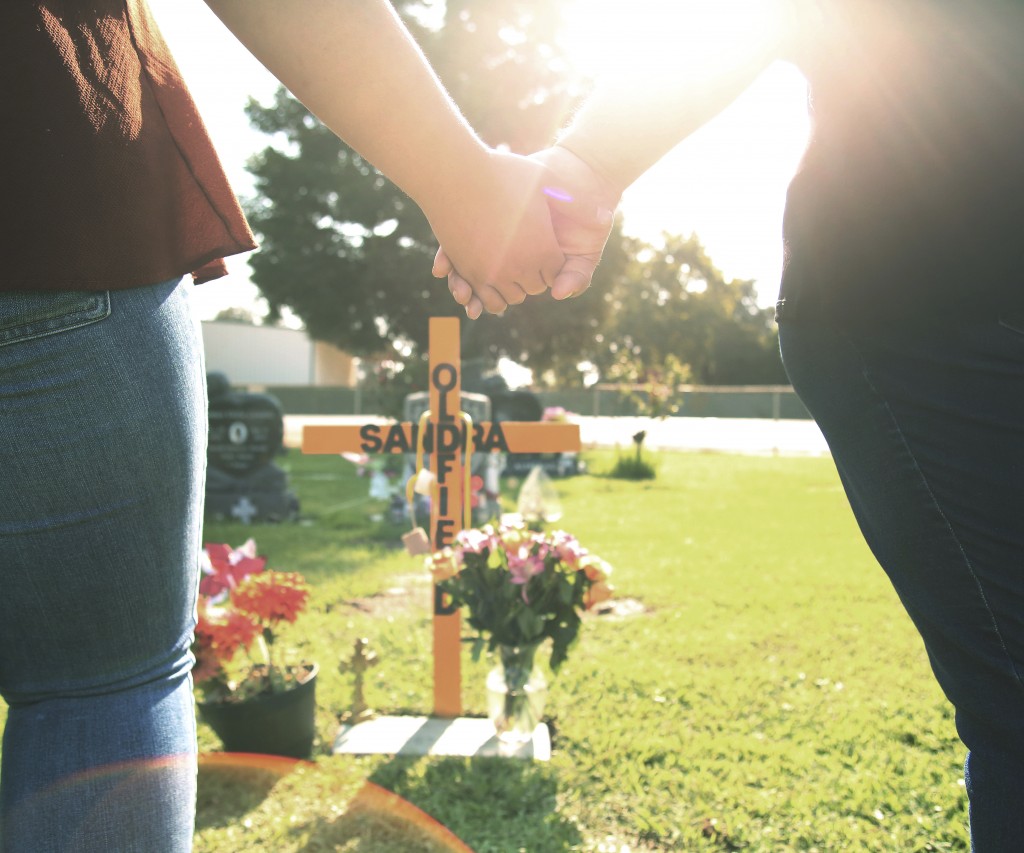 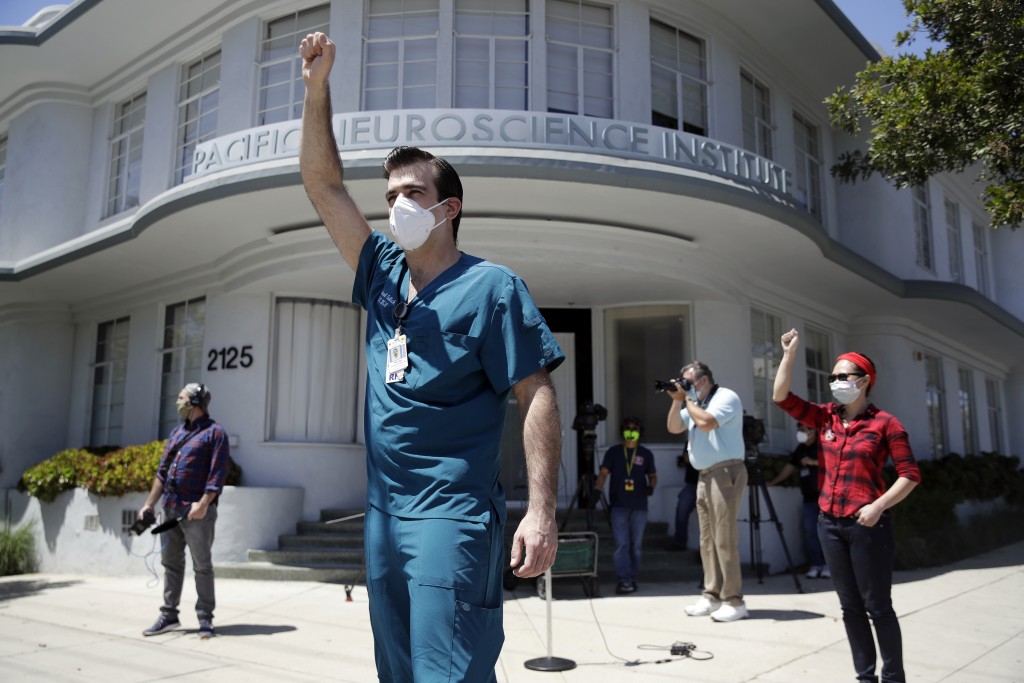 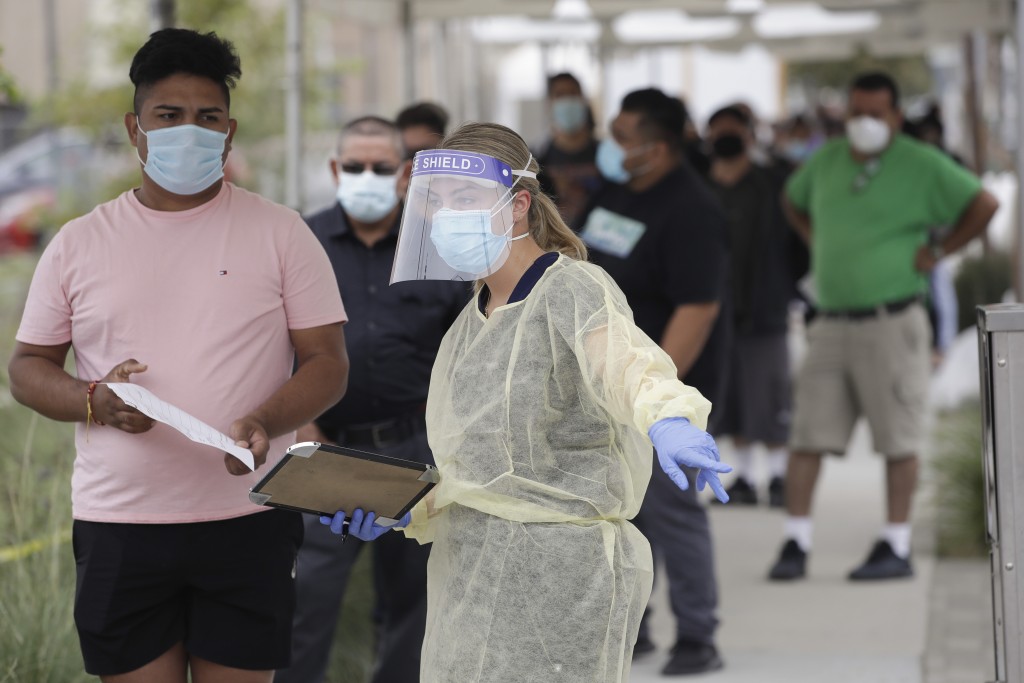 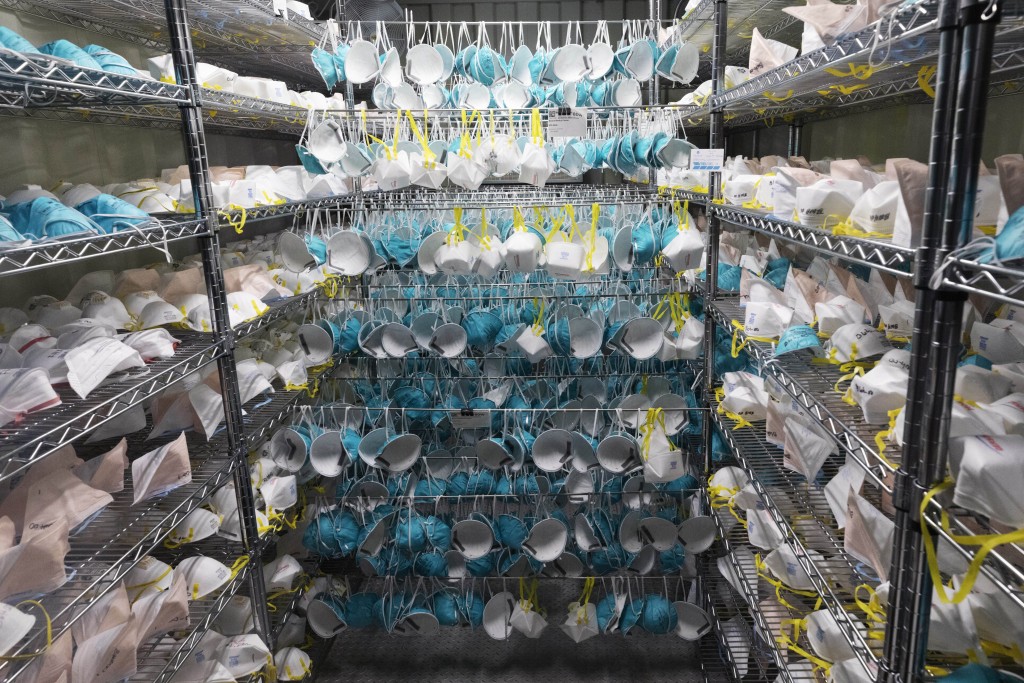 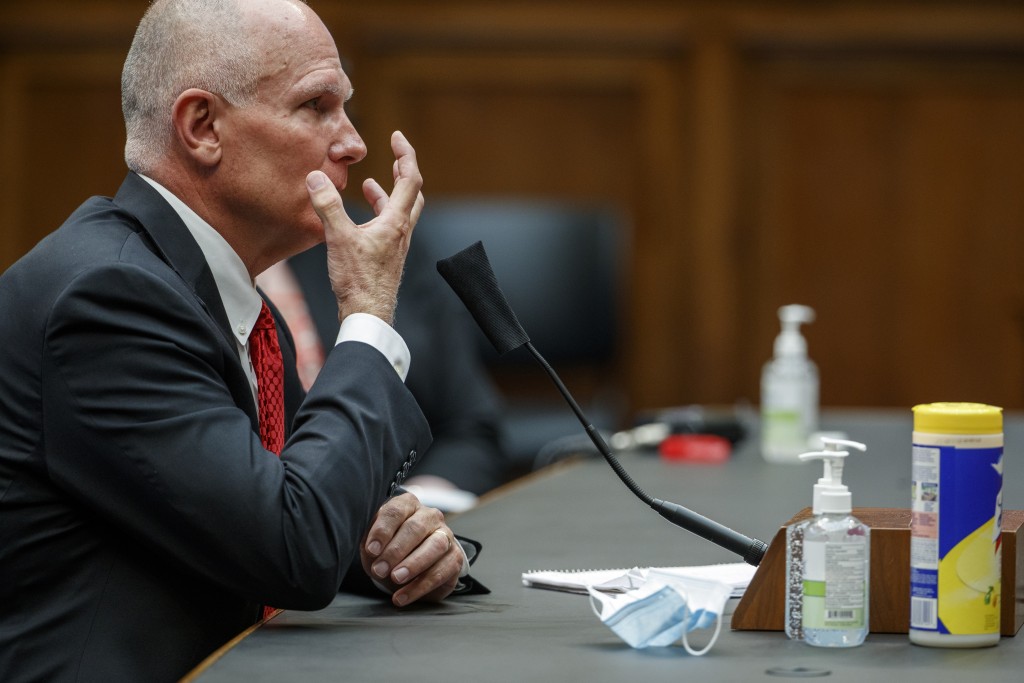 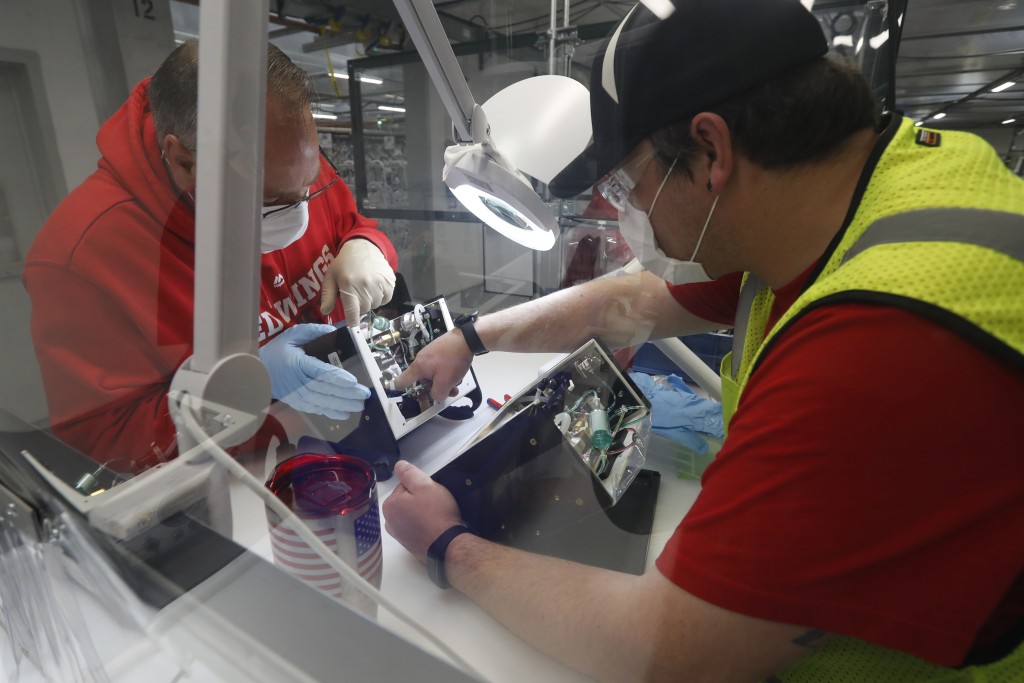 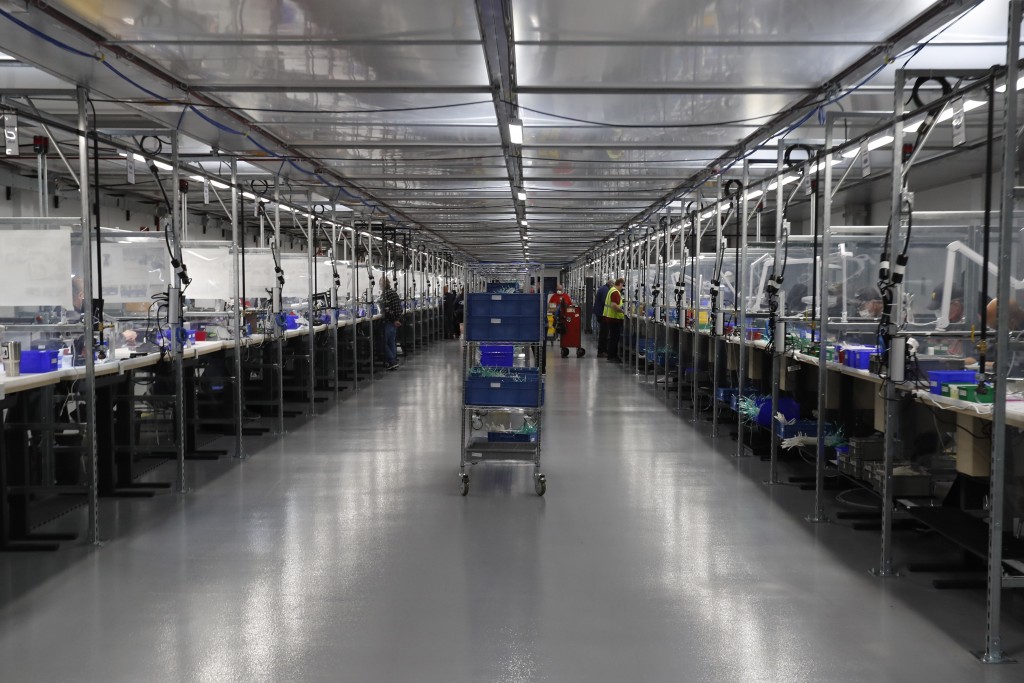 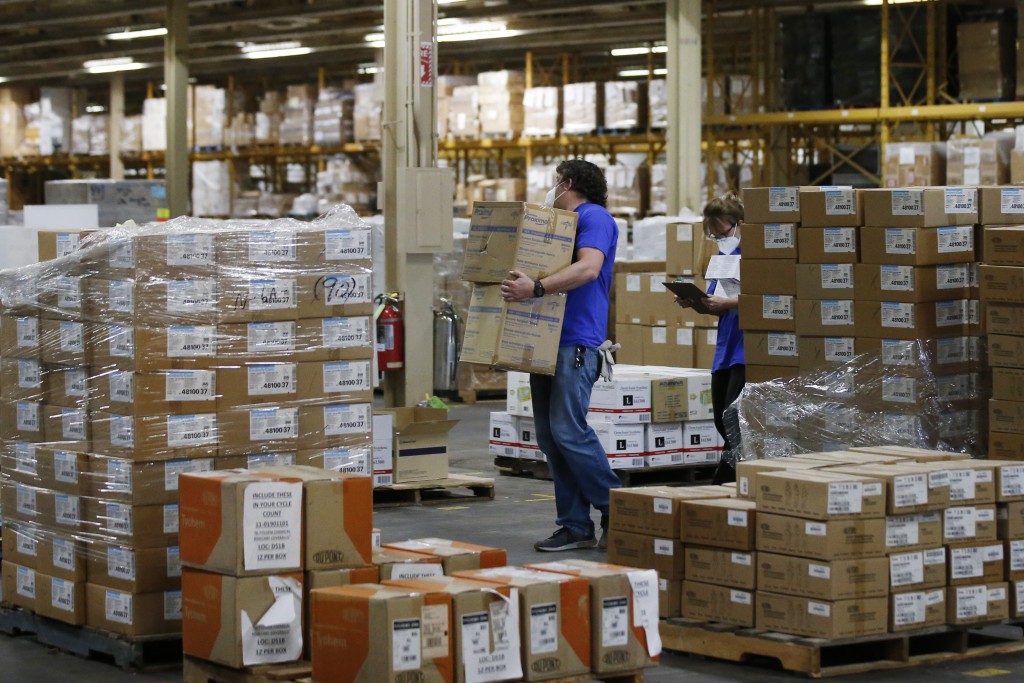 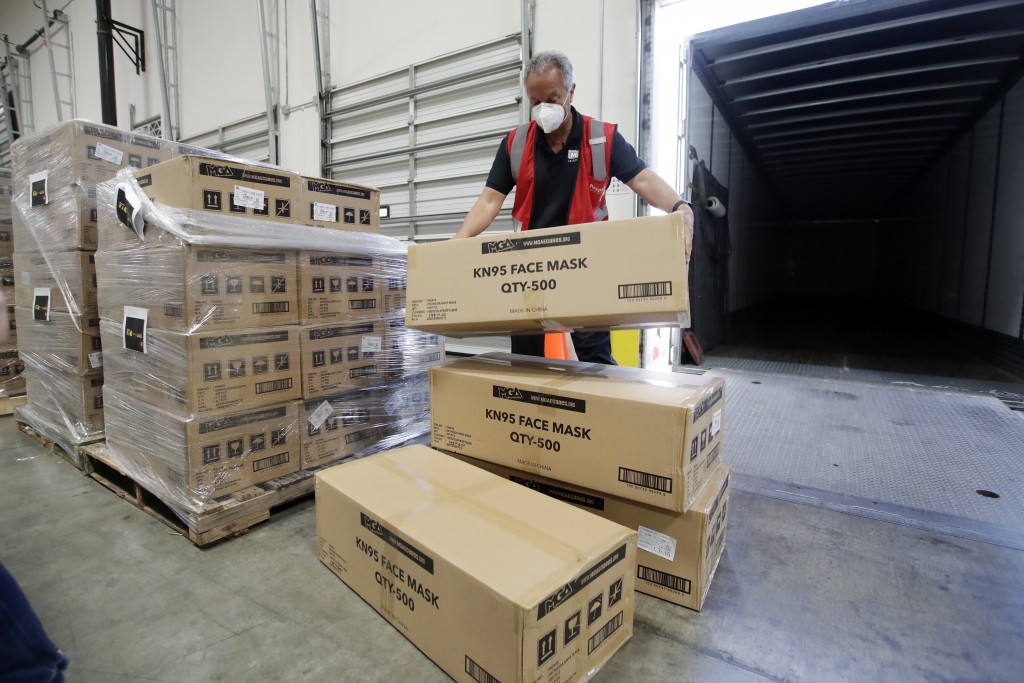 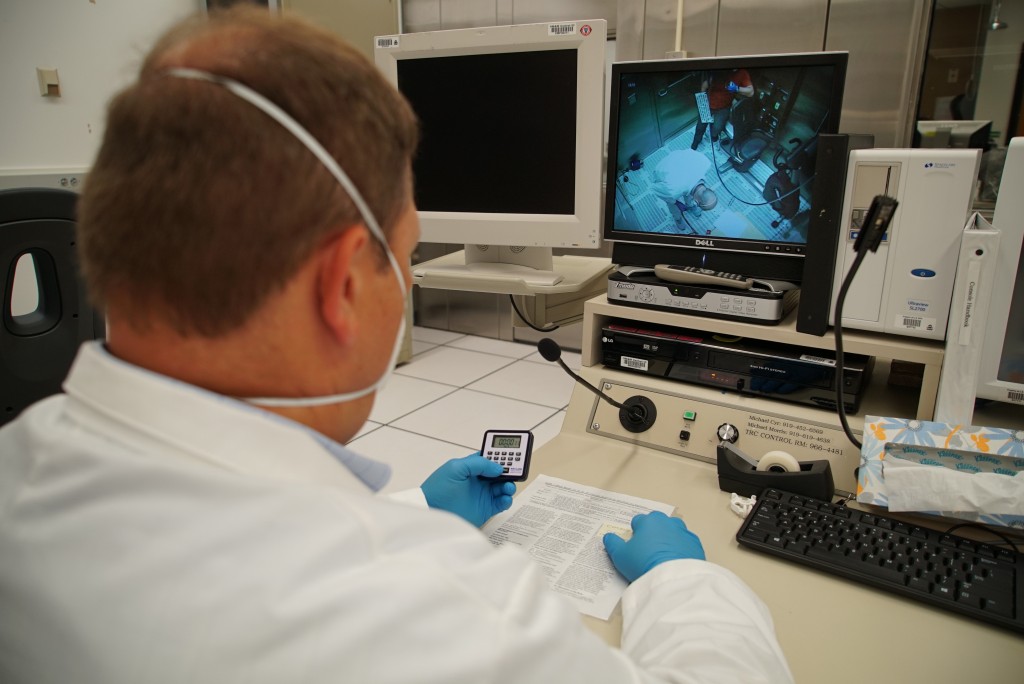 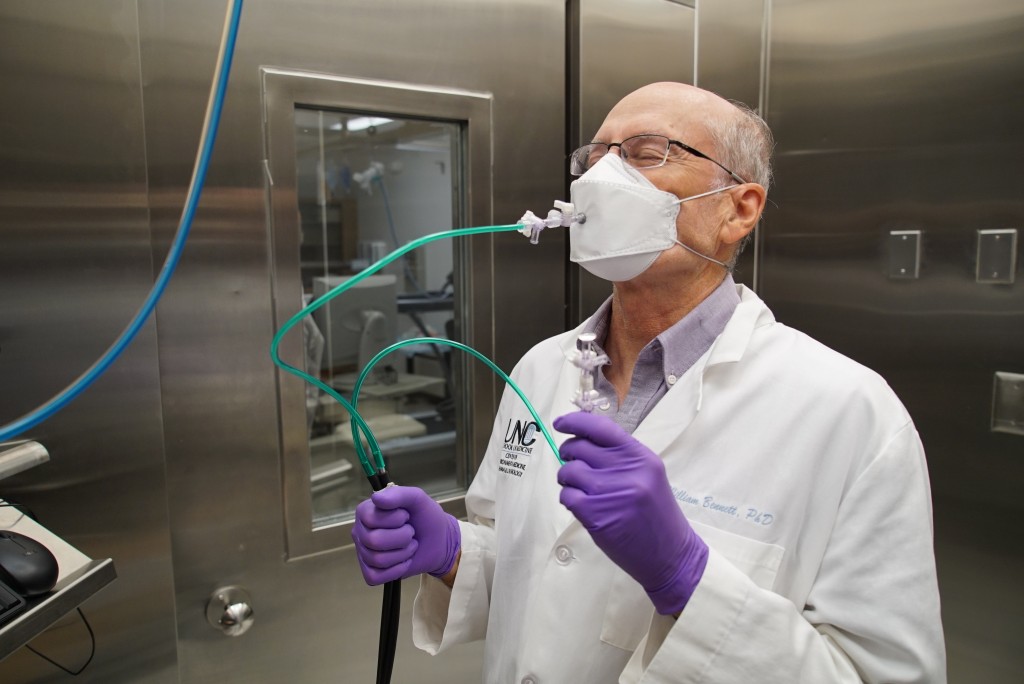 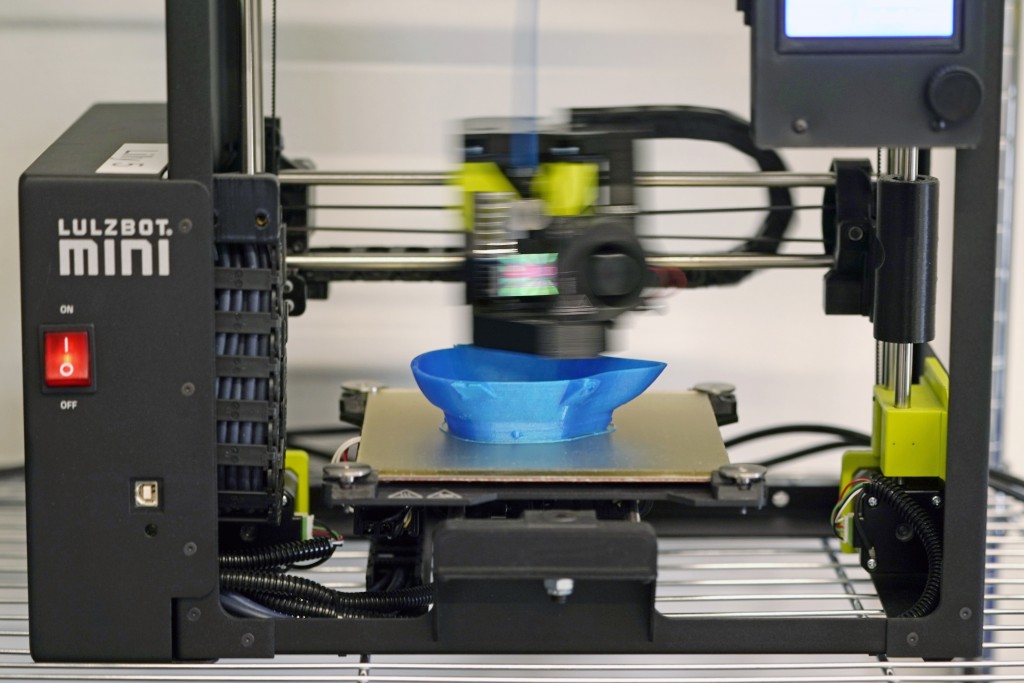 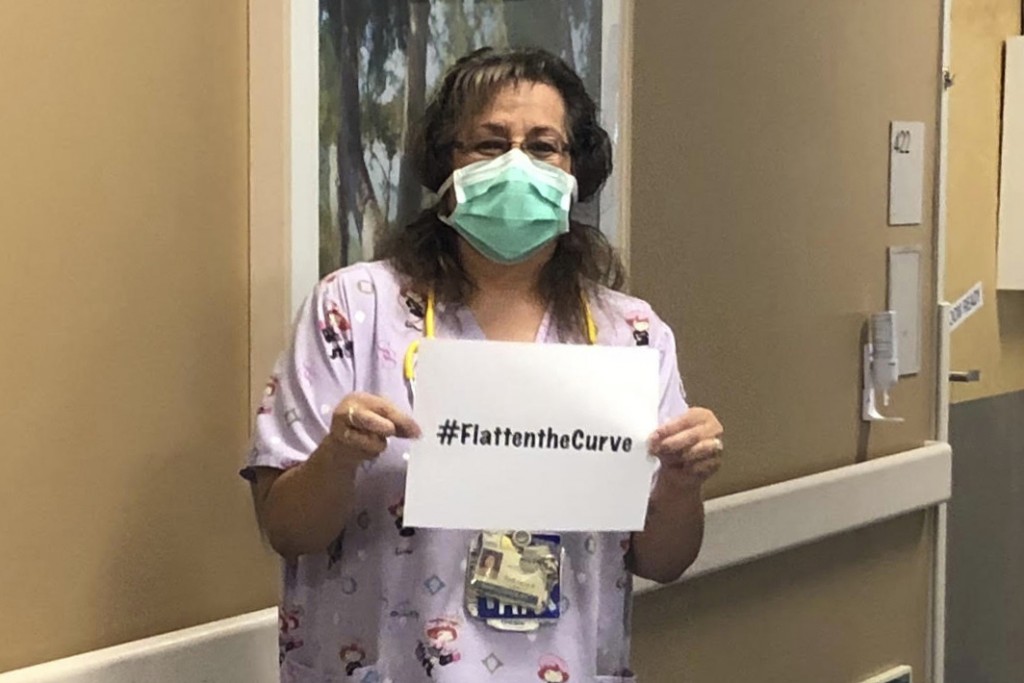 Despite decades of warnings about the fragility of the supply lines that brought protective gear from overseas factories to America’s health care workers, the U.S. was unprepared for the coronavirus pandemic and failed to react quickly. With the death toll at over 210,000 and rising, the collapse of medical supply chains continues to cost lives.

Nurse Sandra Oldfield in Fresno, California, was among the first to become sick with COVID-19 after caring for an infected patient. She had asked for more protection, but was only provided a flimsy surgical mask. Oldfield is one of more than 1,700 health care workers who have died from COVID-19, according to a National Nurses United study released in September.

EDITOR’S NOTE — This story is part of an ongoing investigation by The Associated Press, the PBS series “FRONTLINE,” and the Global Reporting Centre that examines the deadly consequences of the fragmented worldwide medical supply chain and includes the film “ America’s Medical Supply Crisis,” premiering on PBS and online Oct. 6 at 10 p.m. EST/9 p.m. CST.

Internal memos show administration officials were concerned about the country's ability to meet urgent medical supply needs as early as January. It wasn't until late March that the White House used the Defense Production Act — a law that allows the government to compel companies to increase manufacturing and prioritize federal contracts — to ramp up production of N95 masks and other supplies.

Yet hospitals and healthcare workers say they’re still lacking. And both the Food and Drug Administration and the Government Accountability Office contradict White House claims that the U.S. now has all the medical supplies needed to keep nurses and doctors safe from the virus.

And now new studies show healthcare workers without adequate personal protective equipment, or PPE, are more likely to catch the virus from their patients.

The global medical supply chain began to fracture in January, when Chinese factories that supply the U.S. with the majority of its N95 masks and other medical supplies shut down. Then, in the weeks that followed, those factories kept supplies for domestic use.

The impact was catastrophic, but not unpredicted.

He told President George W. Bush, who rolled out at $7.1 billion pandemic preparedness plan. Leavitt, a Republican, spent the next three years traveling to all 50 states, warning health officials to stockpile masks, gloves and other supplies.

If America’s supply chains were crippled or compromised, he cautioned, it would exacerbate the devastation of a pandemic.

“Over time, when the snake is not at your ankle, you’re worried about other things that are dangerous,” said Leavitt.

The AP and “FRONTLINE” spoke with members of the Clinton, Bush, Obama and Trump administrations who were responsible for pandemic preparedness. All said they had worried and warned about inadequate supply chains.

“Outbreaks grow exponentially. You pay a tremendous penalty for inaction,” said Christopher Kirchhoff, who wrote a “lessons learned study” for the White House after the 2014-16 Ebola crisis.

Among his 26 specific findings: The U.S. government needed to buy and stock protective equipment, in the event that traditional supply chains failed.

During the Obama-Trump transition period, a group of newly appointed Trump aides gathered for an exercise in disaster preparedness hosted by top members of the Obama administration, including Dr. Nicole Lurie, who’d served as assistant secretary for preparedness and response. They discussed the supply chain, and the importance of securing necessary supplies in case of a pandemic.

“One didn’t have the sense coming in that this was going to be high on the priority list,” Lurie said. “So many thousands of people have died needlessly, and it didn’t need to be this way.”

Domestic manufacturers have also for years been signaling disaster and begging for government support.

In 2010, Prestige Ameritech, a Fort Worth, Texas, medical mask maker, was on the verge of bankruptcy after rapidly ramping up their factory to respond to needs for the H1N1 flu just a year before.

“The people that we’d hired, these hundreds of people that step in to save the United States, to save America, they were rewarded by getting in an unemployment line. I lost everything that I owned. Literally hocked the farm,” said president Dan Reese.

As the pandemic rolled in this year, expected shipments of testing swabs, surgical gowns, protective masks and hand sanitizer didn’t arrive just as demand was soaring. Countries that did make personal protective equipment were keeping it for their own citizens, and U.S. governors found themselves in a bidding war for what was left.

In March, the Prestige Ameritech founders were furious to see the CDC advise health care providers might use bandannas when caring for patients with COVID-19 “as a last resort.”

“I felt that the government was intentionally misleading the people because they had not prepared as they should have, and the products are not available,” said Reese.

But Chinese and Asian manufacturing has ramped up even more quickly, continuing to flood U.S. markets with less expensive alternatives. There were more than 2,000 shipments of N95 from Asia over the past month, up from 20 shipments during the same period a year ago.

A massive investment in U.S. manufacturing would allow existing companies to expand, and guarantee a long-term market for medical supplies that are more expensive than Asian competitors.

Both presidential candidates have said they will bring that manufacturing home. But experts say that doesn’t seem realistic.

“It’s just not going to happen. Manufacturing, as we know it, is never going to return,” said Cameron Johnson, a trade consultant based in Shanghai.