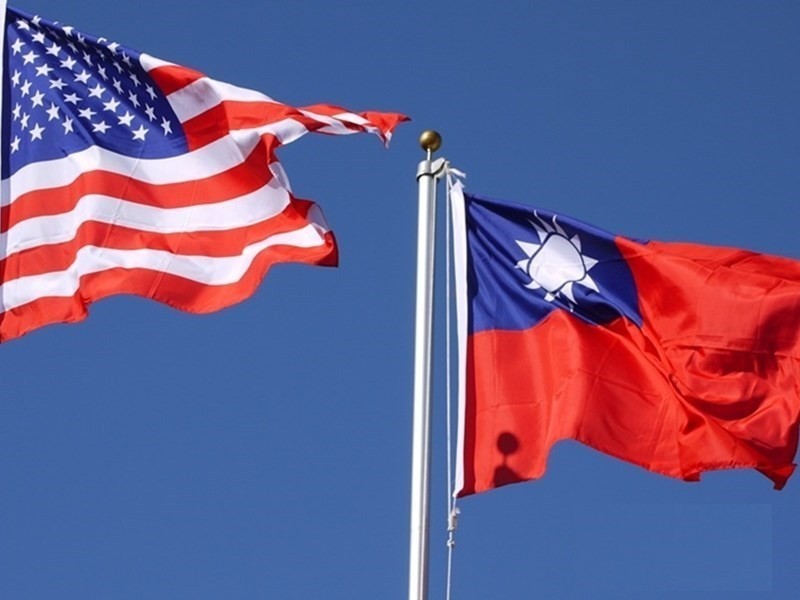 TAIPEI (Taiwan News) — Resolutions proposed by the Kuomingtang (KMT) calling for U.S. military aid in combating aggression by the Chinese Communist Party (CCP) and a resumption of diplomatic relations between the U.S. and Taiwan, both passed unanimously in the Legislative Yuan on Tuesday (Oct. 6).

During a meeting on the budget for the Forward-looking Infrastructure Development Program in the Legislative Yuan on Tuesday, with Premier Su Tseng-chang (蘇貞昌) and the heads of relevant ministries and committees present, the KMT caucus members proposed two resolutions. The first urged the government to "request the U.S. to help resist the CCP," while the second called for the "resumption of diplomatic relations between Taiwan and the U.S.," reported CNA.

The first resolution proposed by the KMT pointed out the fact that the People's Liberation Army Air Force (PLAAF) warplanes have breached Taiwan's air defense identification zone (ADIZ) "for 15 consecutive days." In order to intimidate Taiwan, China's Ministry of Foreign Affairs on Sept. 21 even declared that there is no median line in the Taiwan Strait.

In the resolution, both parties jointly called on the CCP to restrain itself and stop all provocative behaviors and asked for the U.S. to assist Taiwan's resistance against the CCP on the diplomatic, economic, and military fronts. It also implored the government to resume dialogue as soon as possible to ease the cross-strait conflict and refrain from heating up the tension in the Taiwan Strait.

The resolution pointed out that the U.S. has long been a solid backup for Taiwan’s military power. Article 209 of the “Asia Reassurance Initiative Act” regarding arms sales to Taiwan supports political, economic, and security cooperation between the U.S. and Taiwan and stipulates that “The President should conduct regular transfers of defense articles to Taiwan that are tailored to meet the existing and likely future threats from the People's Republic of China."

"In order to strengthen the national security of the Republic of China and improve national defense readiness, so that the status quo of the Taiwan Strait will not be changed by arbitrary actions by one side," the resolution recommended the following:

"The Tsai Ing-wen government should actively persuade the U.S. government to act in accordance with the spirit of its "Taiwan Relations Act. Once the CCP threatens Taiwan's security and socio-economic system, at the request of the Taiwan government, it will regard the aforementioned CCP's actions as a threat to peace and stability in the Western Pacific, and assist our country resist through diplomatic economic and direct military methods."

The second resolution noted that the U.S. successfully sent U.S. Health and Human Services Secretary Alex Azar and Under Secretary of State for Economic Growth, Energy, and the Environment Keith Krach to visit Taiwan over the past two months; that the U.S. has announced a number of arms sales to Taiwan; that U.S. Ambassador to the UN Kelly Craft called for Taiwan's "full participation at the UN"; and that U.S. Congressman Tom Tiffany introduced a bill calling on the U.S. to resume formal relations with Taiwan. Given these improving bilateral ties and the recent passage of the "Taiwan Travel Act," The "TAIPEI Act," and the "Taiwan Assurance Act of 2019," the resolution stated that Taiwan's Ministry of Foreign Affairs (MOFA) should actively seek comprehensive diplomatic relations with the U.S.

"The Tsai Ing-wen government should take the restoration of diplomatic relations between the U.S. and the Republic of China as the objecive of diplomacy with the United States and actively promote it."

In a rare instance of bipartisan unity, both resolutions were included as additional items to the day's agenda and were passed unanimously by all legislators without any objections. In response to the passage of the two resolutions, Su lauded the KMT for having "finally found its conscience," reported Liberty Times.

He said that it was a good thing and expressed his hope that everyone now can begin to work together. Su said that he hopes that the KMT can change its past ways and no longer act without Taiwan's best interests in mind.