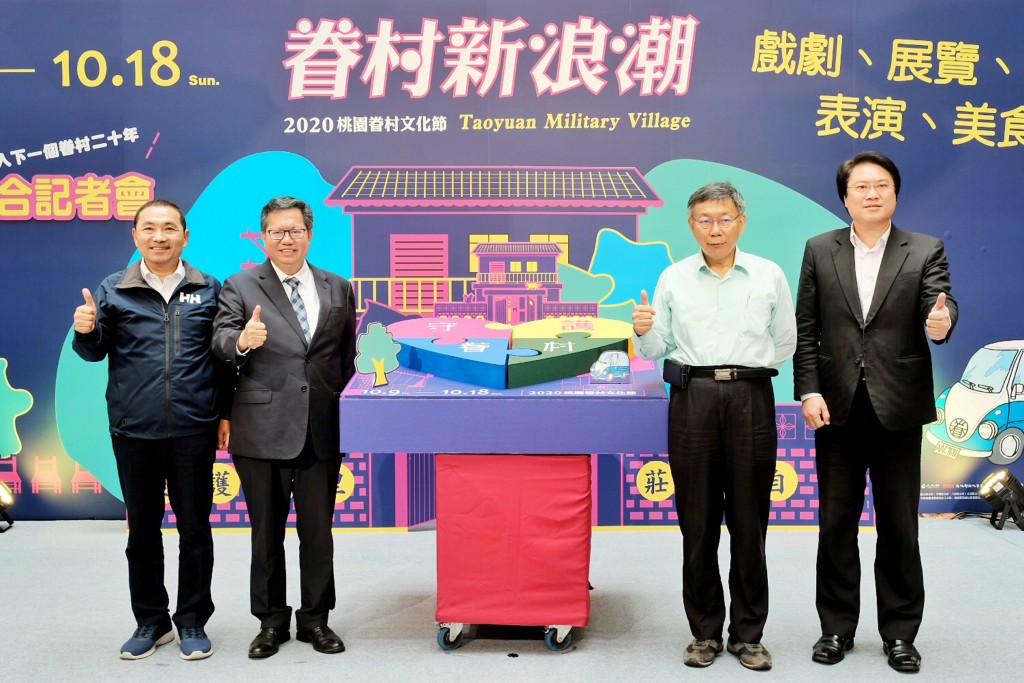 TAIPEI (Taiwan News) — The mayors of four cities in northern Taiwan gathered for a cultural event on Tuesday (Oct. 6), but three of them refused to discuss their alleged presidential ambitions.

President Tsai Ing-wen (蔡英文) of the Democratic Progressive Party (DPP) was re-elected for a second and final term earlier this year, and the next election is not until January 2024. However, speculation has erupted over the likely contenders to succeed her.

Three of the most frequently heard names were seen together on stage Tuesday, but none wanted to answer the media's questions about future elections, CNA reported.

Keelung’s DPP mayor, Lin Yu-chang (林右昌), was also present. Few commentators expect him to mount a bid for the presidency, though journalists asked whether he might run to succeed Ko in Taipei’s mayoral elections in late 2022.

The occasion for the meeting was the launch of the Military Village Festival, which will take place Oct. 9-18 in Taoyuan. Replying to the question about electoral plans, Ko said he had the right to remain silent, adding that the presidential elections were “a boring subject.”

The other mayors avoided giving direct replies but instead emphasized the need for their cities to cooperate, as they all face similar problems.