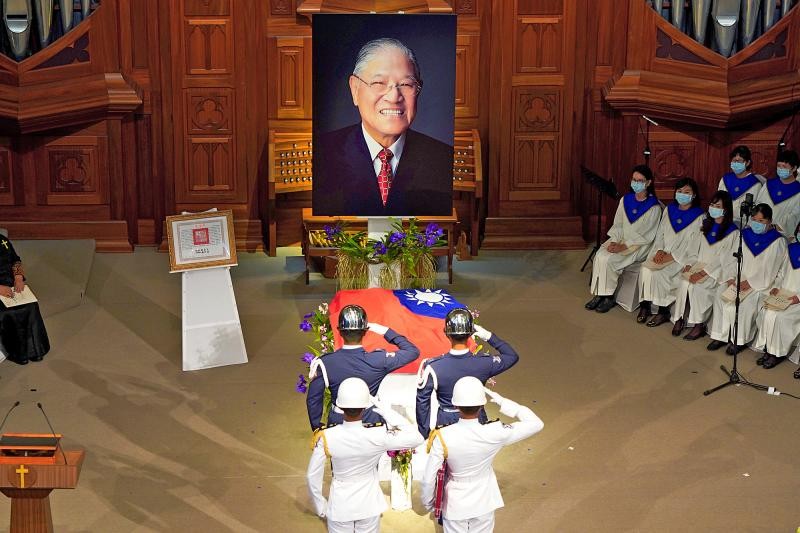 TAIPEI (Taiwan News) — Flags on official buildings will be lowered to half-staff Wednesday (Oct. 7) to mark the official funeral of President Lee Teng-hui (李登輝) at a military cemetery in northern Taiwan.

Lee passed away on July 30 at the age of 97. He was Taiwan’s first native-born and first directly elected president, serving from 1988 to 2000. A memorial service last month drew hundreds of supporters and prominent visitors, including United States Undersecretary of State Keith Krach and former Japanese Prime Minister Mori Yoshiro.

On Wednesday, the funeral procession will carry Lee’s ashes from his family home in Taipei to the Wuzhishan military cemetery in New Taipei City's Xizhi District, CNA reported.

President Tsai Ing-wen (蔡英文), Vice President Lai Ching-te (賴清德), and senior government and military officials will be waiting at the cemetery. However, the funeral mass, organized by the Presbyterian Church in Taiwan, will take place behind closed doors with only family members present.

During the procession from 8:20 a.m. to 9:20 a.m., traffic restrictions will be in force along the route, which includes sections of Zhongshan North Road in Taipei City and the No. 1 Freeway from Songjiang Road to the Xizhi intersection. A rehearsal for the ceremony took place Tuesday (Oct. 6).