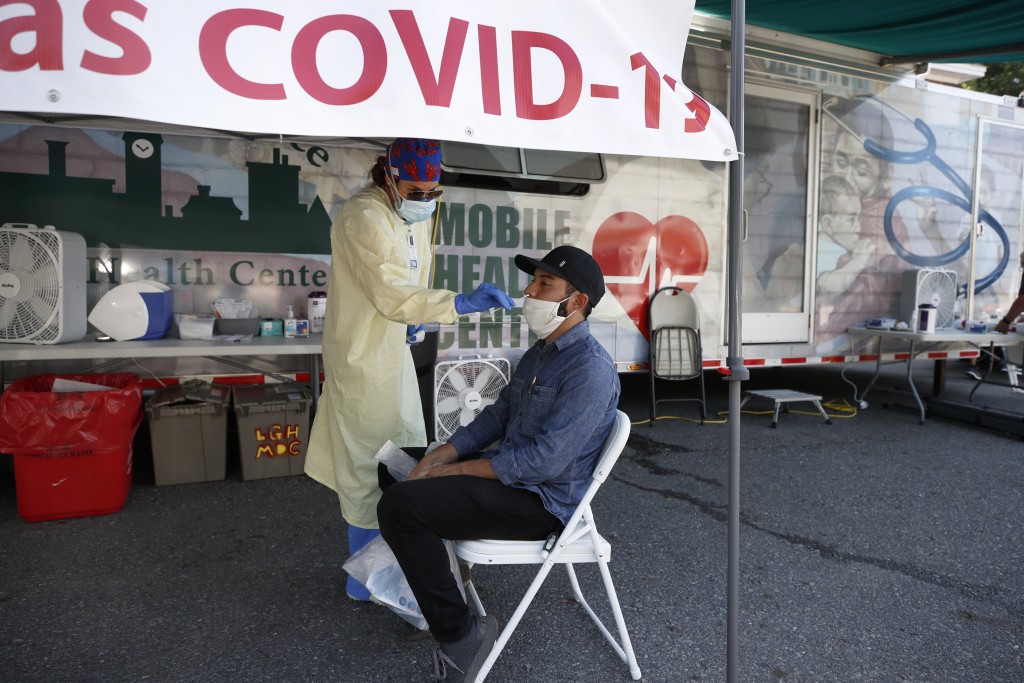 During a press conference on Tuesday, CECC Spokesman Chuang Jen-hsiang (莊人祥) announced three imported coronavirus infections, raising the total number of cases in Taiwan to 521. The latest cases include two men in their 30s (case no. 519 and 521) and one woman in her 20s (case no. 520), all of whom are recently returned Taiwanese citizens.

Chuang said that case no. 519 had been working in the U.S. for an extended period of time and regularly returned to Taiwan once every two or three months. During his stay in the U.S., he did not experience any suspected symptoms of the virus.

When he returned to Taiwan on Oct. 4, he proactively informed quarantine officers that he had an itchy throat. Quarantine personnel tested him for the disease at the airport, and the results came back positive on Oct. 6.

The health department has identified 21 persons who came in contact with the man during the flight to Taiwan, including 10 passengers who sat directly in front of and behind him as well as 11 crew members. The fellow passengers have been told to begin home isolation, while the crew members have been asked to start self-health monitoring.

According to Chuang, case no. 520 graduated from a school in France earlier this year and returned to the country in mid-September to attend to personal matters. From Sept. 27 to 30, she began developing symptoms of the virus, including fever, headache, runny nose, nasal congestion, and the loss of her sense of smell, but she did not seek medical attention while in France.

When case no. 520 returned to Taiwan on Oct. 4, she took the initiative to inform quarantine officers that she was experiencing a runny nose and nasal congestion. She was tested for the coronavirus at the airport that day, and the results came back positive on Oct. 6.

The health department has identified 18 persons who came in contact with the woman on the flight to Taiwan, including seven who sat directly in front of and behind her and 11 crew members. The seven passengers have been told to commence home isolation, while the 11 crew members have been advised to start self-health monitoring.

Chuang stated that case no. 521 had also been working in the U.S. for an extended period of time, having last left Taiwan in May of 2019. Starting on Oct. 3, he began to experience diarrhea and a swollen throat.

When he arrived in Taiwan on Oct. 4, he informed quarantine officers that he was suffering from diarrhea. Quarantine personnel then tested him for COVID-19 at the airport, and the results came back positive on Oct. 6.

Because he was on the same flight as case no. 519 (the two do not know each other), the list of 18 contacts is the same, and they were not required to take any additional action.

The CECC on Tuesday did not announce any new reports of people with suspected symptoms. Since the outbreak began, Taiwan has carried out 95,089 COVID-19 tests, with 93,745 coming back negative.

Out of the 521 confirmed cases, 429 were imported, 55 were local, 36 came from the Navy's "Goodwill Fleet," and one was the unresolved case of a Belgian engineer who arrived in early May to work on a wind farm project in Changhua County. Up until now, seven individuals have succumbed to the disease, while 485 have been released from hospital isolation, leaving 29 patients still undergoing treatment in Taiwan.