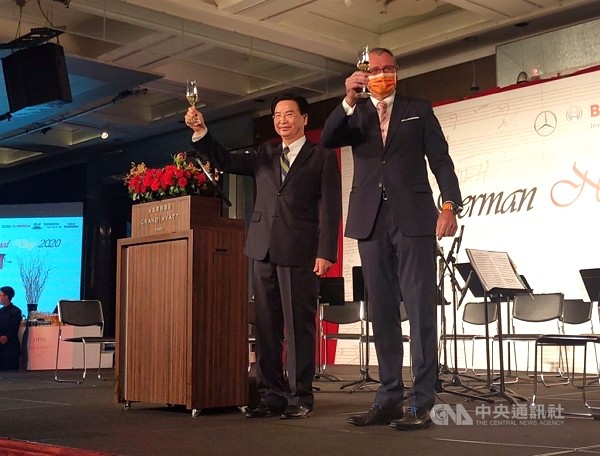 The German Institute Taipei highlighted the values of freedom and democracy shared by Taiwan and Germany at its German National Day celebration in Taipei on Monday (Oct. 5).

The German National Day banquet was held at the Grand Hyatt Taipei to celebrate the reunification of Germany on Oct. 3, 1990.

Germany's unification symbolized the end of the Cold War and the fall of the Iron Curtain between Eastern and Western Europe, said Thomas Prinz, director-general of the German Institute Taipei, in his remarks at the event.

"Also, here in Taiwan, people have fought for freedom and democracy. This deliberate decision to live in a free and democratic society is a strong bond between our nations," he said, stressing that the revival of authoritarianism demanded closer cooperation between democratic societies.

Prinz thanked Taiwan for donating 1.5 million medical masks to Germany in March and expressed the hope that Taiwan will open up its borders soon to resume people-to-people exchanges.

"I hope that we will find ways to restart the many personal contacts soon. I think it is important to give students, scientists, business people, officials and tourists the chance to travel even though the virus might not disappear totally," he said.

According to a press statement from Germany's de facto embassy in Taiwan, the event may be one of the few German offices around the globe able to hold such a celebration because of the exemplary handling of the COVID-19 pandemic by Taiwan's authorities. 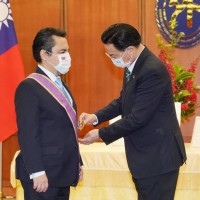