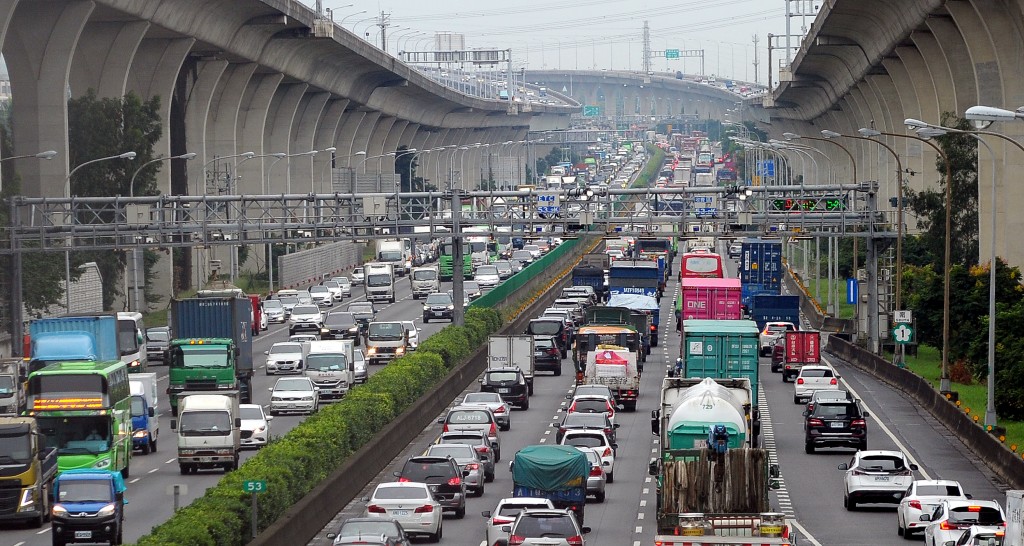 Traffic congestion is likely on most northbound sections of the nation's freeways from Sunday afternoon as the four-day Mid-Autumn Festival holiday concludes, the National Freeway Bureau said that day.

Total northbound freeway traffic volume could hit 64 million vehicle-kilometers for the day, roughly 1.5 times the level of atypical weekday, the bureau said, urging motorists where possible to take provincial highways instead of freeways. The bureau said traffic was generally smooth on Sunday morning except for northbound lanes between Toucheng in Yilan and Pinglinin New Taipei, on Freeway No. 5, which links Nangang in Taipei and Su'ao in Yilan.

In those areas vehicle speed has been below 40 km per hour since 9 a.m., while congestion is likely to persist until 8 p.m., the bureau said. Freeways in the west could experience northbound traffic spikes between 3-6 p.m., particularly near Hsinchu, Taichung, and Yunlin on Freeway No. 1, as well as Hsinchu, Taoyuan, and Taichung on FreewayNo. 3, it added.

In the worst scenario, travel speed could be as low as 20 kph, the bureau said. For real-time traffic updates, please click here or download the mobile application.