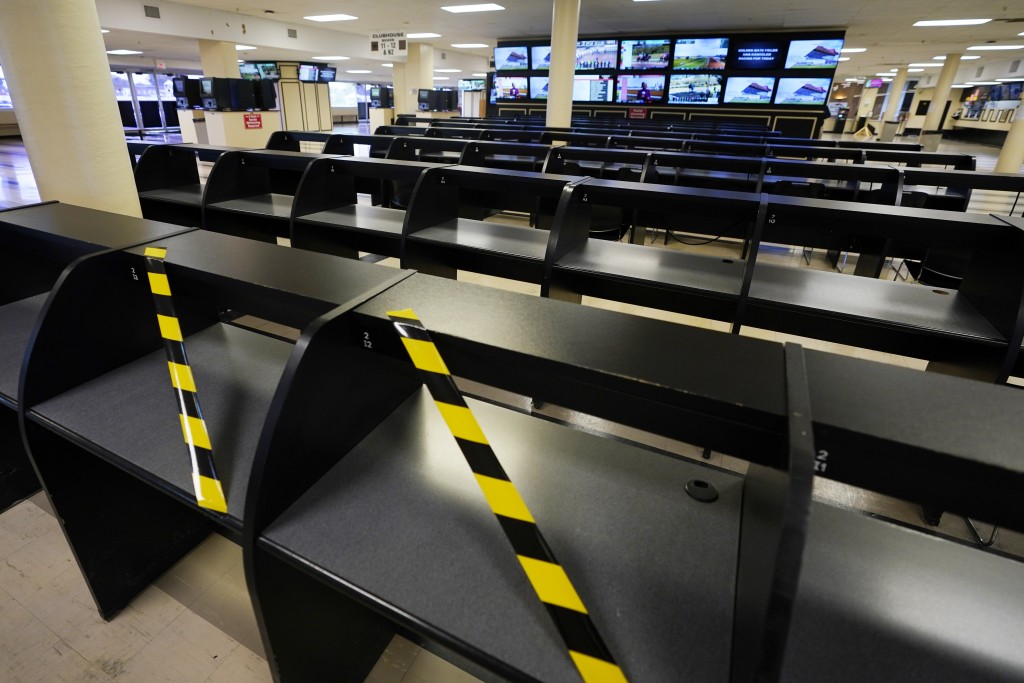 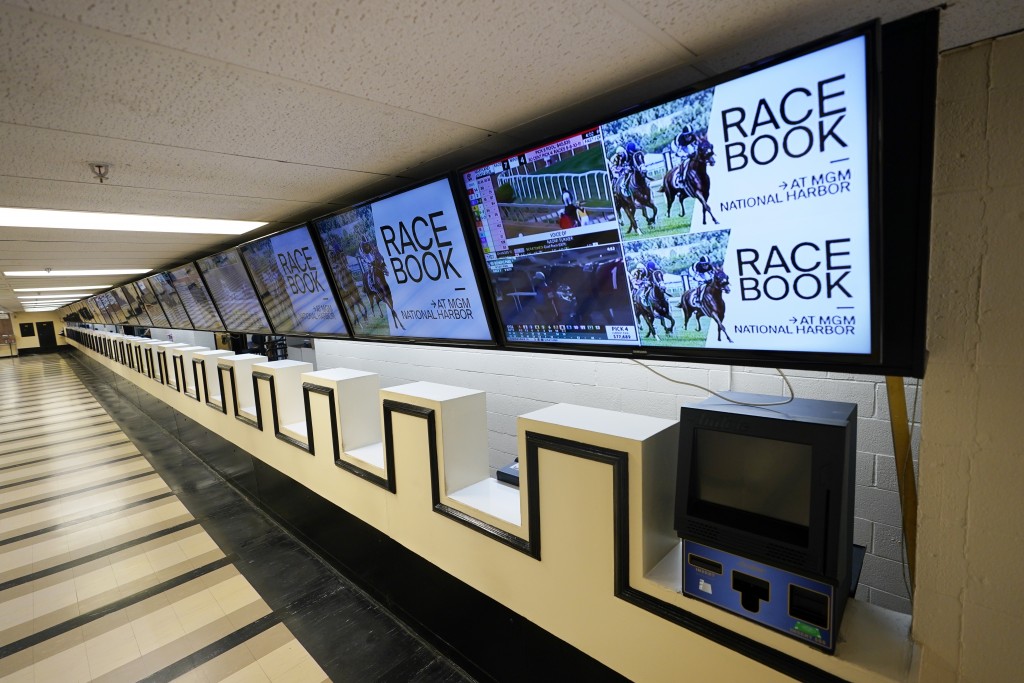 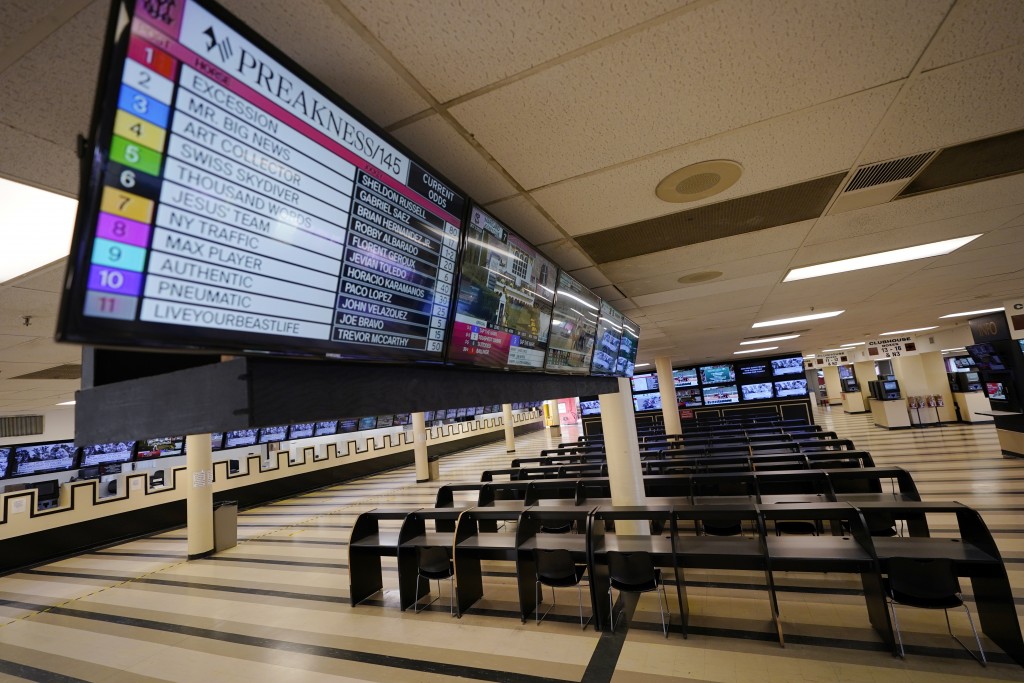 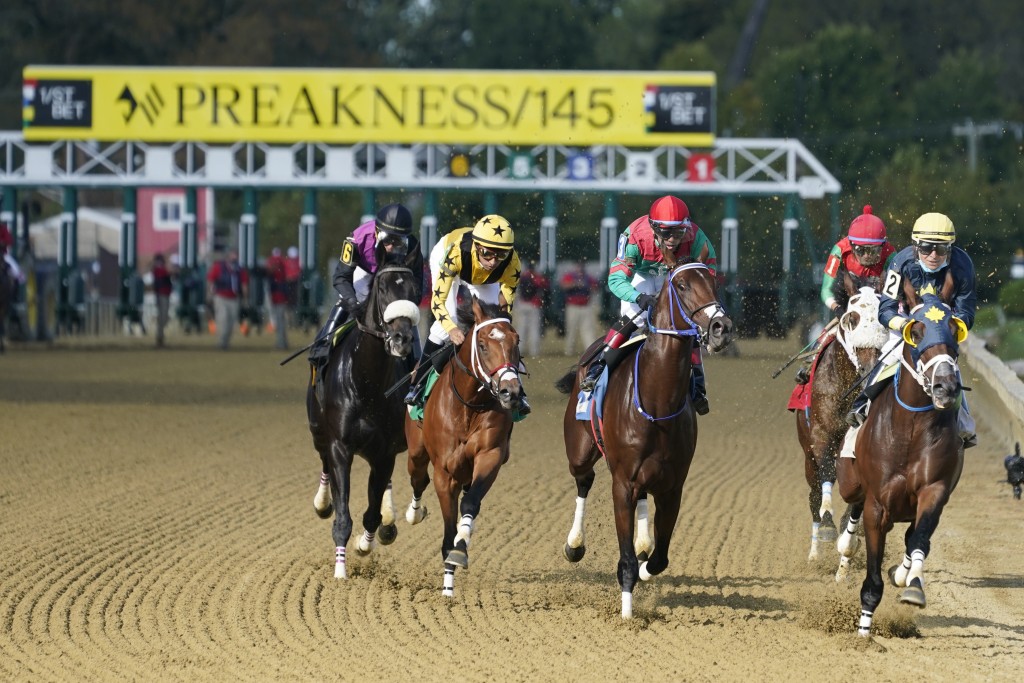 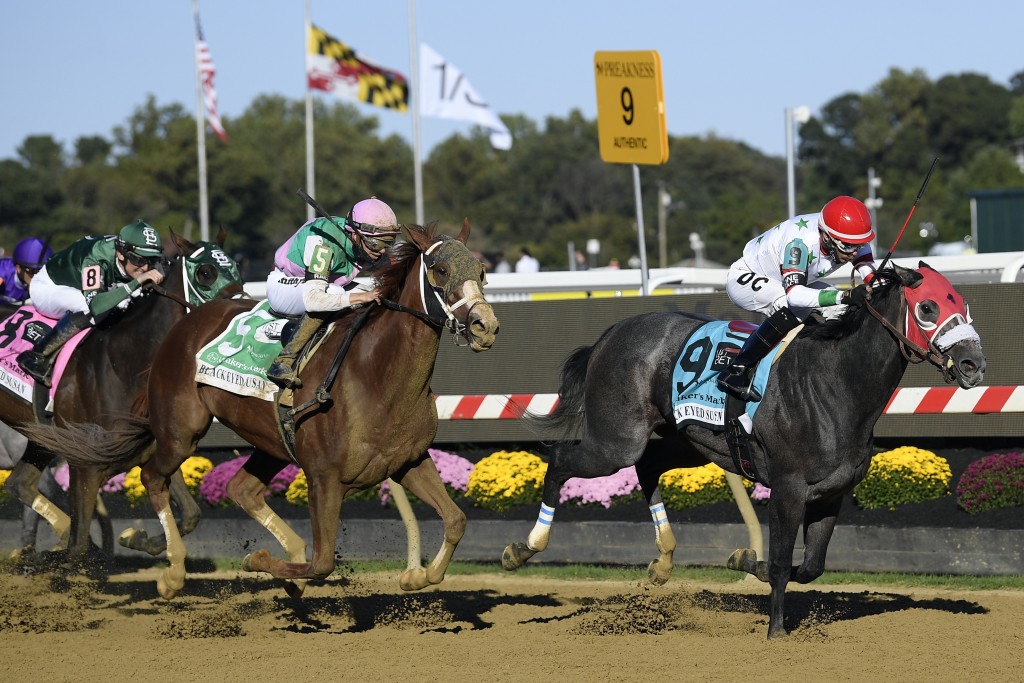 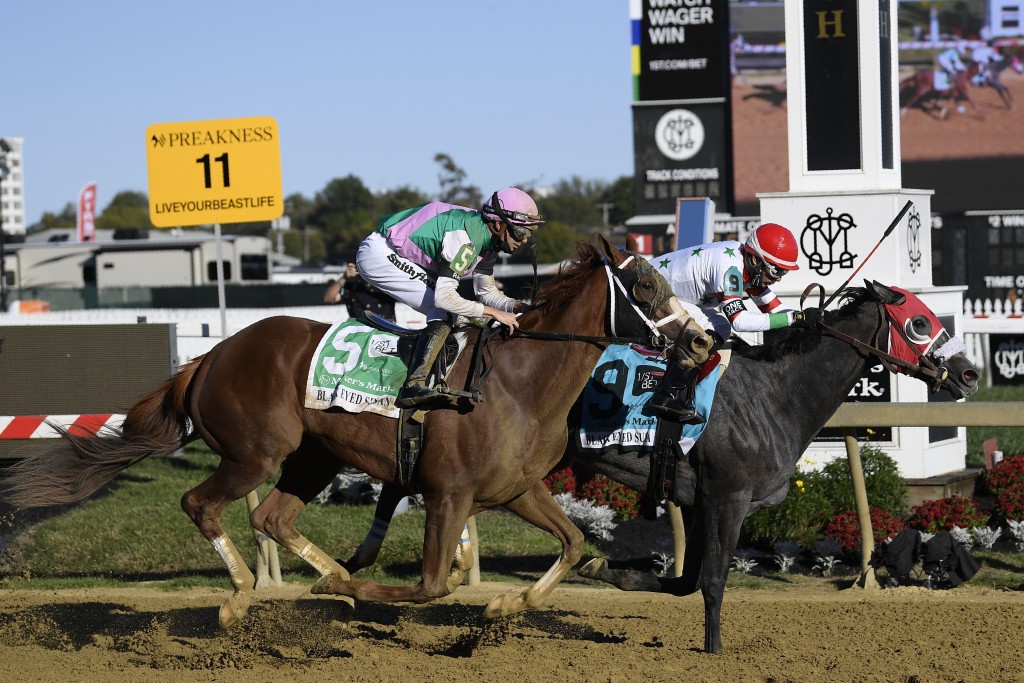 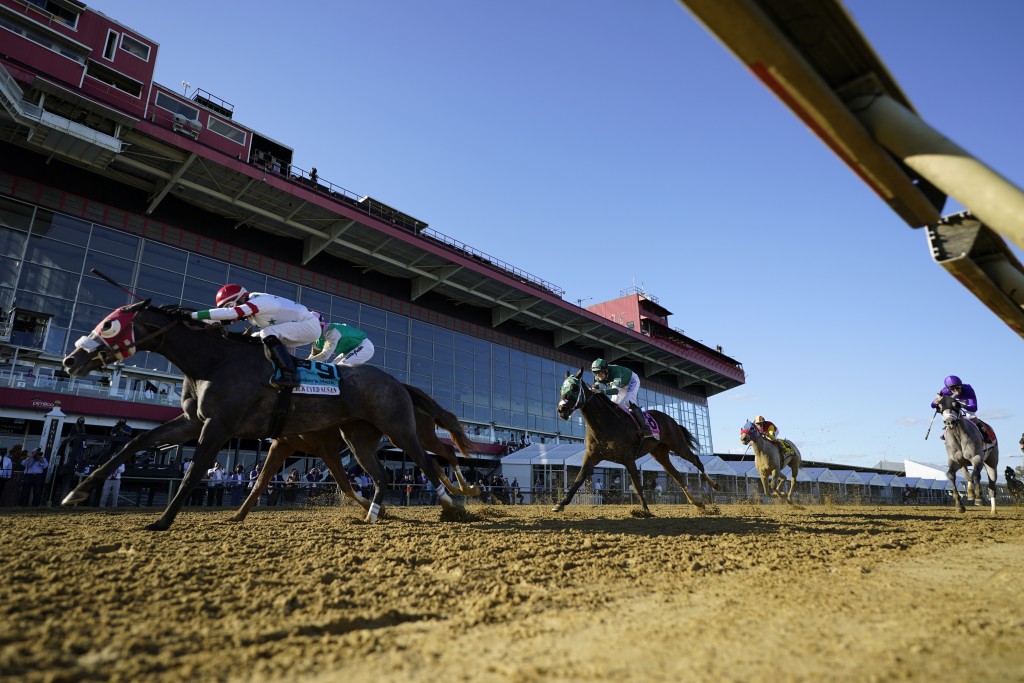 BALTIMORE (AP) — There was no traffic jam, no one hawking souvenirs or food outside Pimlico Race Course and not a six-pack in sight.

The scene inside the track on Saturday was even weirder. The infield was devoid of fans and rock bands, there was no one in the grandstand and no one at the betting windows. There were no vendors selling Black-Eyed Susan drinks because there was no one there to buy them.

And, sadly, no cheering or yelling as the horses headed toward the finish line.

Was this really Preakness Day in Baltimore?

Because of the coronavirus pandemic, the traditional second jewel of the Triple Crown was now the last in the series, and instead of being run under a blazing sun during the third week in May, the 12-race card was held on an October afternoon better suited for football.

Media members were placed in the part of a clubhouse usually frequented by high-rollers who would make their bets and windows in the back of the room. The clubhouse one floor down served as an auxiliary jockeys room. Social distancing of at least 6 feet and masks were required.

On a typical Preakness morning, some owners and trainers stand in front of the stakes barn and share their thoughts on the day ahead with writers and TV folks.

Not this year, because that section of the facility was closed to the media.

Fortunately for Pimlico, the future is bright. Over the past several years, the rumor was that the esteemed race would leave the timeworn facility for nearby Laurel Park.

Gov. Larry Hogan in May permitted a bill to become law that would enable the Maryland Stadium Authority to issue up to $375 million in bonds to refurbish both tracks. The money would be paid back by the Maryland Lottery and casino proceeds already designated to subsidize the racing industry.

After wrestling the lead from Mizzen Beau in the stretch, Miss Marissa charged to its third straight victory and paid $22.20, $7.80 and $4.80.

The 1 1/8-mile, Grade 2 race for 3-year-old fillies is usually held in May on the day before the Preakness. This year, it was run immediately prior to the Preakness.

Bonny South was last among the 10 horses for much of the race before finally breaking to the outside in a comeback bid by jockey Florent Geroux. The rally came up short by about a half-length.

Four of Maryland's top jockeys were chosen to ride in the Preakness: Trevor McCarthy on Liveyourbeastlife, Jevian Toledo on Jesus' Team, Sheldon Russell aboard Excession and Horatio Karamanos in the saddle on Ny Traffic.

None of those horses were among the favorites, but that didn't seem to matter.

“It's always nice to even just ride on Preakness Day. To pick up a mount in the Preakness makes me even happier," Russell said.

Karamanos is the only one of the four local riders to be making his Triple Crown race debut.

McCarthy got his day started in the first race on the card, winning The $150,000 Selima Stakes aboard Fluffy Socks.

The fans, the bands and the traffic weren't the only things missing from this year's Preakness.

Maryland’s state song, “Maryland, My Maryland,” was also absent — and no return is planned in the years ahead.

The ballad, which celebrates the Confederacy, is considered by some to be racist and has been eliminated as the go-to song before the big race.