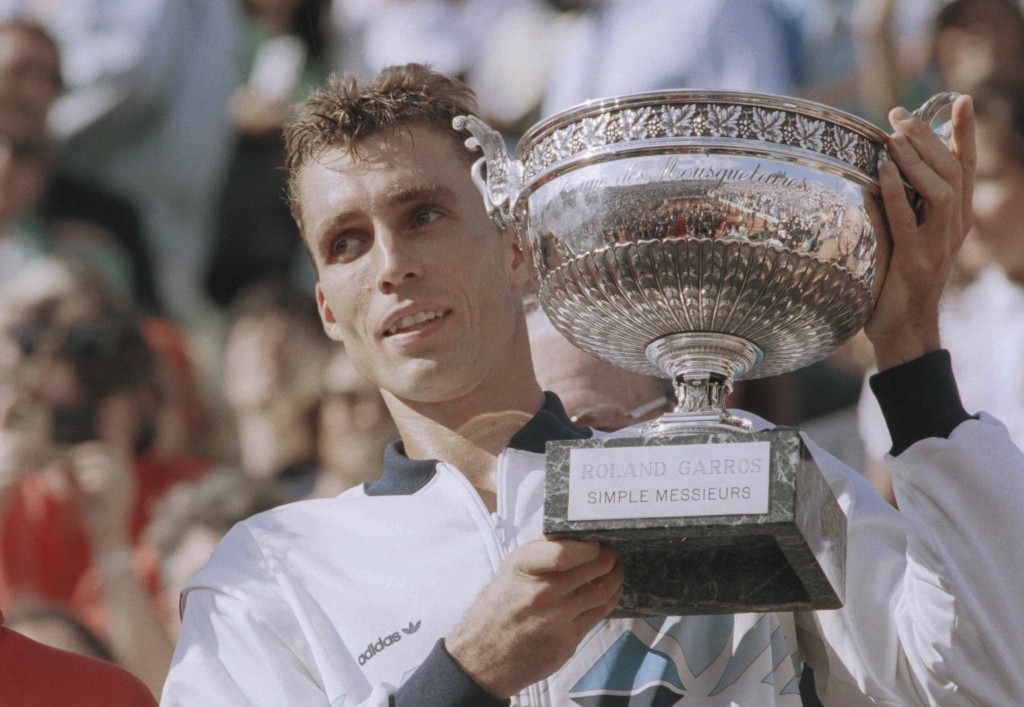 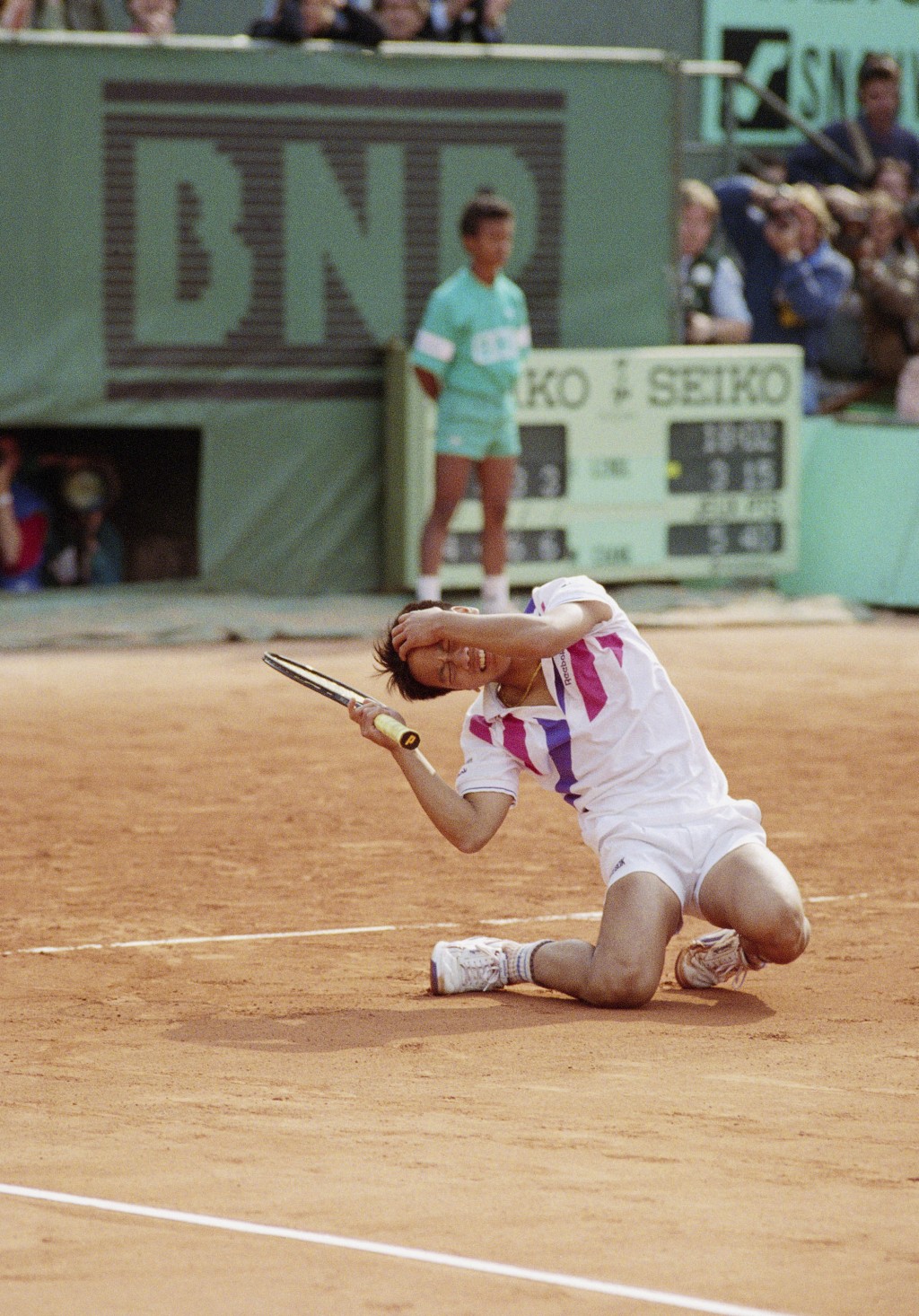 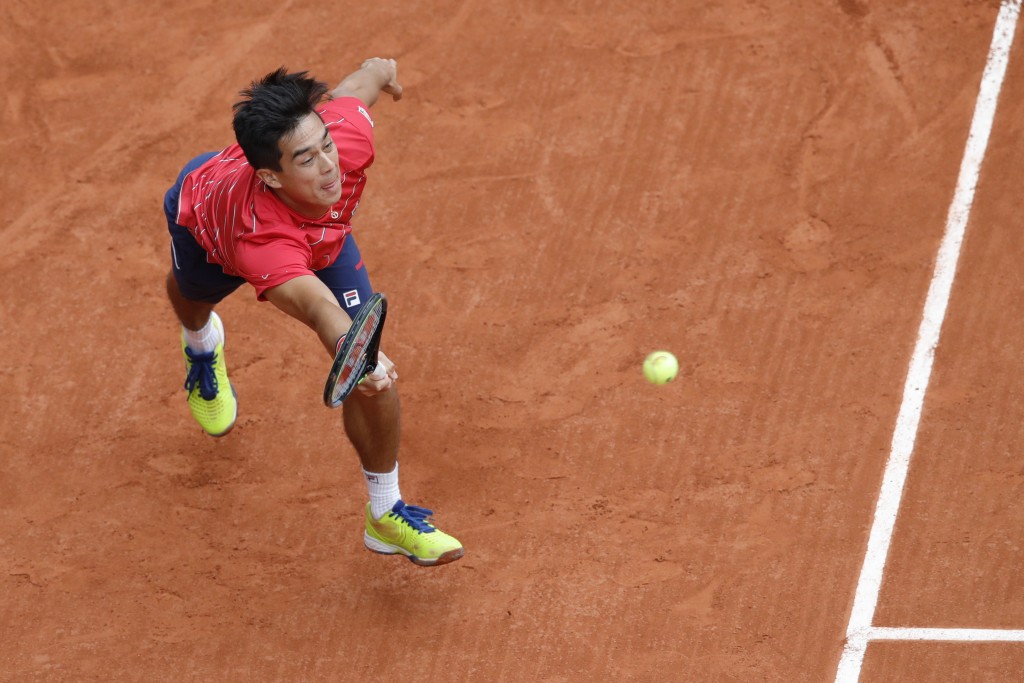 Seeing just how far behind the baseline Rafael Nadal crouched to await serves at the French Open, Mackenzie McDonald knew there was one tactic that made the most sense to try.

“It would be ridiculous, but you should underhand-serve him the whole time,” McDonald said after employing that strategy once, unsuccessfully, against 12-time Roland Garros champion Nadal in their second-round match this week.

“I had the chance. I didn’t have the (guts). It would take a different person than me, I think, to really do it over and over,” said McDonald, a 25-year-old American who won NCAA singles and doubles titles for UCLA in 2016. “More players are starting to do it, but it’s not the right thing to do.”

That’s up for debate, much like the so-called "unwritten rules" in other sports that are fodder for discussion every so often — and happens to be a subject of conversation in Paris right now, where underarm serves seem to be somewhat en vogue, like drop shots, on the red clay that can deaden a ball.

Some consider purposefully slow, short serves poor sportsmanship, a “cheap” way to grab a point. The truth is, those shots, referred to either as underhand or underarm, are perfectly within the rules, an entirely legitimate way to counter an opponent, such as Nadal or U.S. Open champion Dominic Thiem, who camps out waaaaaaaay back in return games.

Not sure? Let’s check in with Ivan Lendl, the International Tennis Hall of Fame member and eight-time Grand Slam champion. He was at the receiving end of the most famous underarm serve in tennis history, delivered by a cramping Michael Chang in the fifth set of their fourth-round epic at the French Open in 1989.

Chang won that point, and the match, along the way to becoming, at 17, the youngest male singles champion at a major tournament.

“A lot of people always thought that I held it against Michael. No. I had absolutely no problem with it. That’s perfectly fine. It was unexpected and it worked for him. He was cramping and so on and so on,” Lendl said in a telephone interview with The Associated Press. “It never even crossed my mind that there was something wrong with that. Because there wasn’t.”

Lendl said he himself used underarm serves during matches “as a kid and in the pros.”

He recalled one particular instance, saying it came against Eddie Dibbs at a clay-court tournament in Forest Hills, New York. Lendl beat Dibbs 6-1, 6-1 in the final there in 1982.

“He was sitting on the back fence — and it was successful,” Lendl said. “What is the difference between hitting a serve and then a drop shot or just a drop shot right away? I don’t see a difference. I think it’s a very good strategy. You take them out of their comfort zone.”

Daniil Medvedev, the 2019 U.S. Open runner-up, did it in his first-round loss to Marton Fucsovics at this year's French Open. Nick Kyrgios did it against Nadal last season and against others, too.

Alexander Bublik has become a regular user of the maneuver, even underarming the very first serve in the very first match he participated in when tennis returned after its pandemic-enforced hiatus of more than five months.

Alas, he lost that point against Karen Khachanov at the Western & Southern Open in August.

“Honestly, it was funny. But I was expecting that he could start like this,” Khachanov said Thursday after reaching the third round at the French Open, adding that he didn’t consider it “disrespectful.”

“I won the point,” the 15th-seeded Khachanov noted, “and after that, he didn’t use it anymore.”

That’s what happened with McDonald, too: one-and-done, in part because his attempt was, he said, “a little too stupid.”

Turned out to be tantamount to feeding a practice ball to Nadal, who smacked an easy-as-can-be forehand return winner.

Nadal’s take on the topic?

Essentially: As long as it’s not done to disrespect the opponent, “you can do it 100%.”

And if it works and wins a point, in his opinion, then it’s a good tactic.

“A bad tactic. That’s all,” Nadal said. “For example, today for Mackenzie, was not a good tactic.”

If Lendl and Nadal are OK with underarm serves, we all should be.

Howard Fendrich covers tennis for The Associated Press. Email him at hfendrich@ap.org or reach him on Twitter at https://twitter.com/HowardFendrich