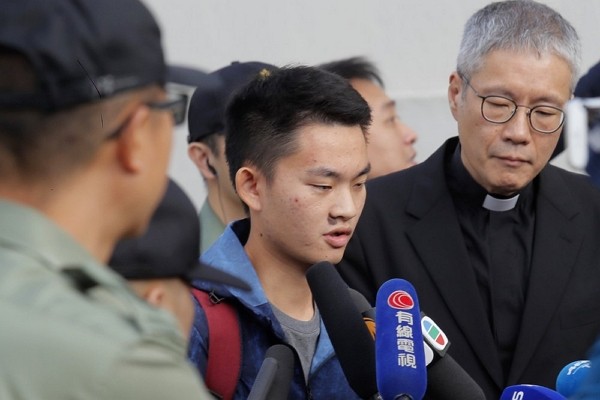 According to the news agency, Chan said he has informed his lawyers in Taiwan about returning to the country and is willing to face the legal consequences for the 2018 alleged murder of his girlfriend Poon Hui-wing (潘曉穎) in Taipei. He stressed that he has never changed his mind about taking responsibility for his misdeeds.

Despite having confessed to murdering Poon, Chan has been staying in a safe house in Hong Kong due to the lack of an extradition treaty between the governments of Taiwan and the former British colony. While Taiwan has offered to send officers to escort him, the Hong Kong authorities turned down the proposal because it would imply Taiwan is not a breakaway Chinese province as Beijing claims.

The case returned to the spotlight last month when Poon's mother broke her silence and urged Chan to surrender himself to Taiwanese prosecutors. She has promised to ask for leniency for him if he returns to Taiwan to face the charges, reported New Talk.

In response to Chan’s reported surrender, Taiwan's Criminal Investigation Bureau (CIB) said Friday (Oct. 2) that it has yet to receive any confirmation about his return from the Hong Kong government. Meanwhile, Mainland Affairs Council (MAC) Spokesperson Chiu Chui-cheng (邱垂正) said Taiwan has established a "single window" mechanism for communication with Hong Kong police and is ready to receive him at any time, reported Radio Taiwan International.