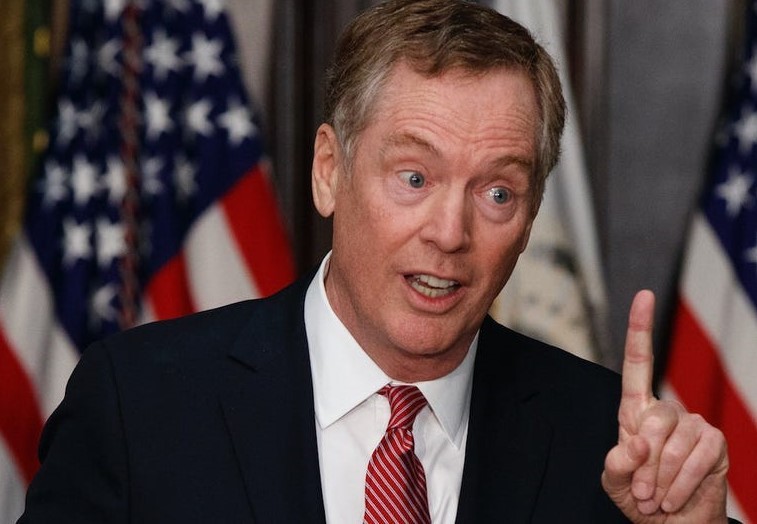 Half of the 100 members of the United States Senate issued a call Thursday for their country to start formal negotiations on a comprehensive bilateral trade agreement (BTA) with Taiwan.

In a letter to U.S. Trade Representative Robert Lighthizer, the 42 Republican and eight Democratic senators said Taiwan has demonstrated its capacity to maintain a strong economic partnership with the U.S. "Along with a robust trading profile of goods and services, Taiwan supports an estimated 208,000 American jobs -- a number that will only increase with a comprehensive bilateral trade agreement," says the letter, which was posted on the official website of one of the signatories, Senator James Inhofe (R-Okla.).

Inhofe, his co-chair of the Senate Taiwan Caucus Robert Menendez (D-N.J.), and the other 48 senators said in the letter that Taiwan not only supplements American goods and services but is a reliable partner in many U.S. industries. "This is not only critical for diversifying our supply chains but essential to reducing our reliance on other countries such as China who seek to leverage supply chain inefficiencies in their path to regional and global dominance," the letter says. "This diversification of our supply chain is critical to our national security."

The senators also said that while there are challenges to establishing an agreement with Taiwan, they are confident that it can be achieved, and they noted that Taiwan has already taken steps to further the discussions by announcing a plan to lift its restrictions on the importation of American pork and beef products. "Once implemented, this change will greatly increase accessibility for our farmers and ranchers to do business in Taiwan, and in light of this important development, we should now substantively move forward on negotiations for a comprehensive bilateral trade agreement with Taiwan," the senators wrote.

They also said the U.S. should pursue the goal of a free and open Indo-Pacific region by countering China's use of unfair trading practices and other policies to advance its economic dominance in the region. "An agreement with Taiwan would help us accomplish this goal by building a network of like-minded governments dedicated to fair competition and open markets free from government manipulation and would serve as a signal to other nations that Taiwan is a viable partner that is open for business," the letter says.

In light of Taiwan's record as a longstanding economic partner and security ally of the U.S., the senators said, Trade Representative Lighthizer is highly encouraged to begin the formal process of negotiating a comprehensive BTA. "We are confident that a U.S.-Taiwan trade agreement would promote security and economic growth for the United States, Taiwan, and the Indo-Pacific as a whole," The senators wrote. "We urge the administration to prioritize a comprehensive trade agreement with Taiwan, and we look forward to working with you to secure this framework."

Taiwan is the U.S.' 11th largest trading partner, with US$76 billion in total goods exchanged in 2018 and an US$18.5 billion trade in services, according to the letter.