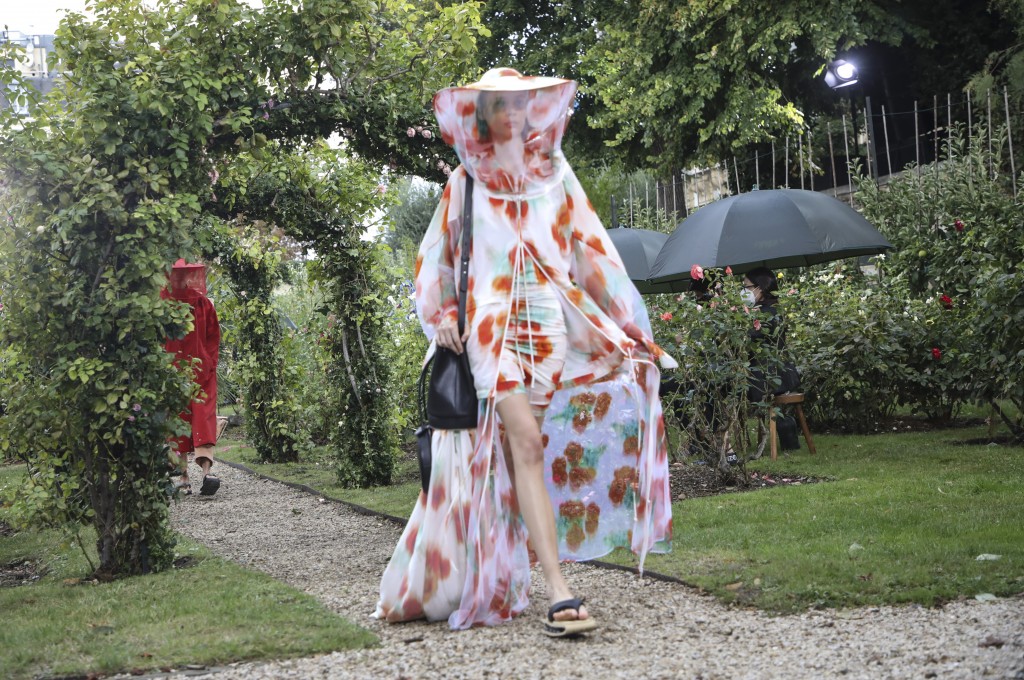 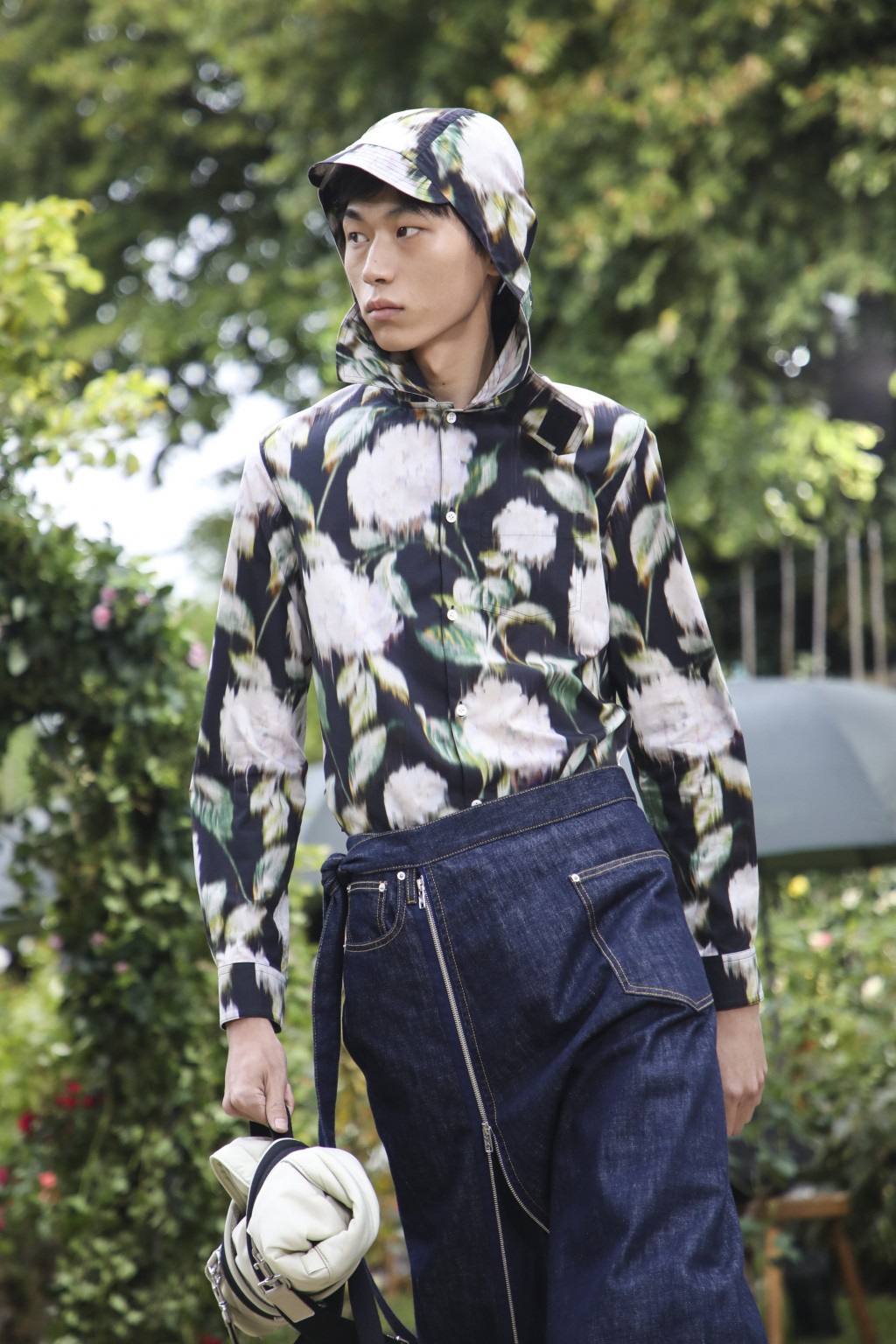 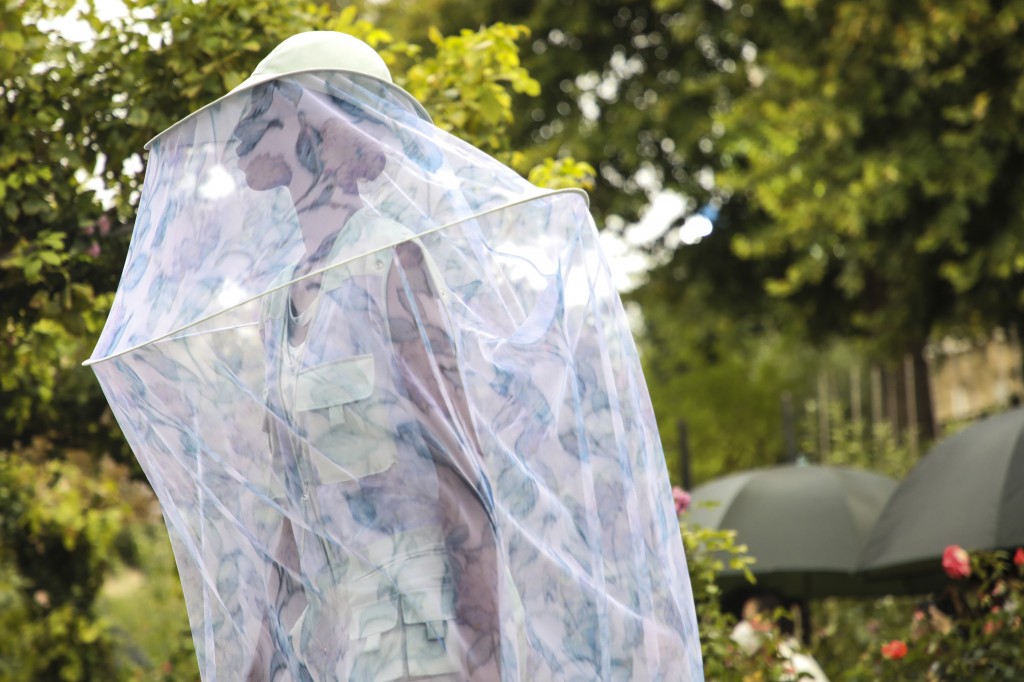 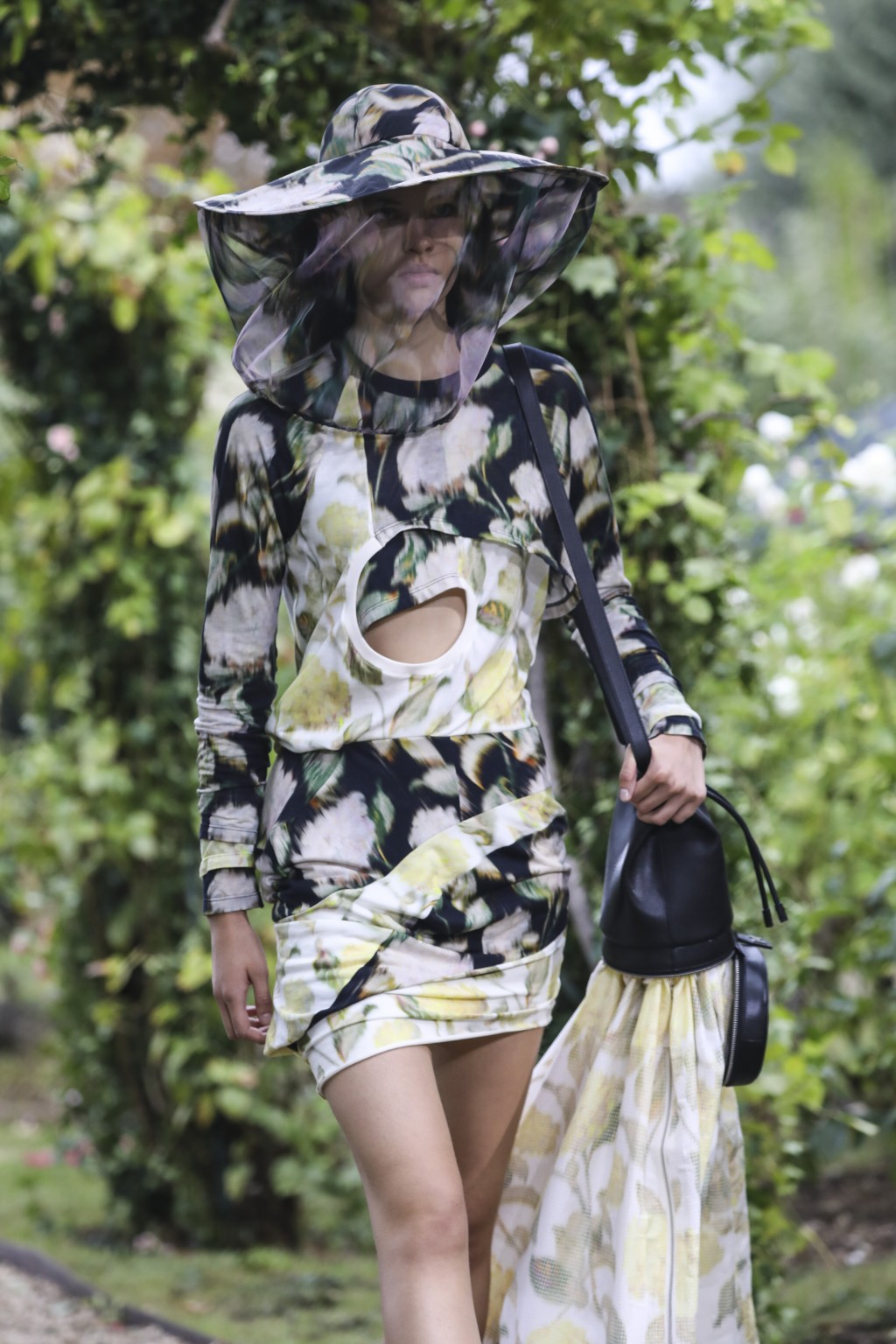 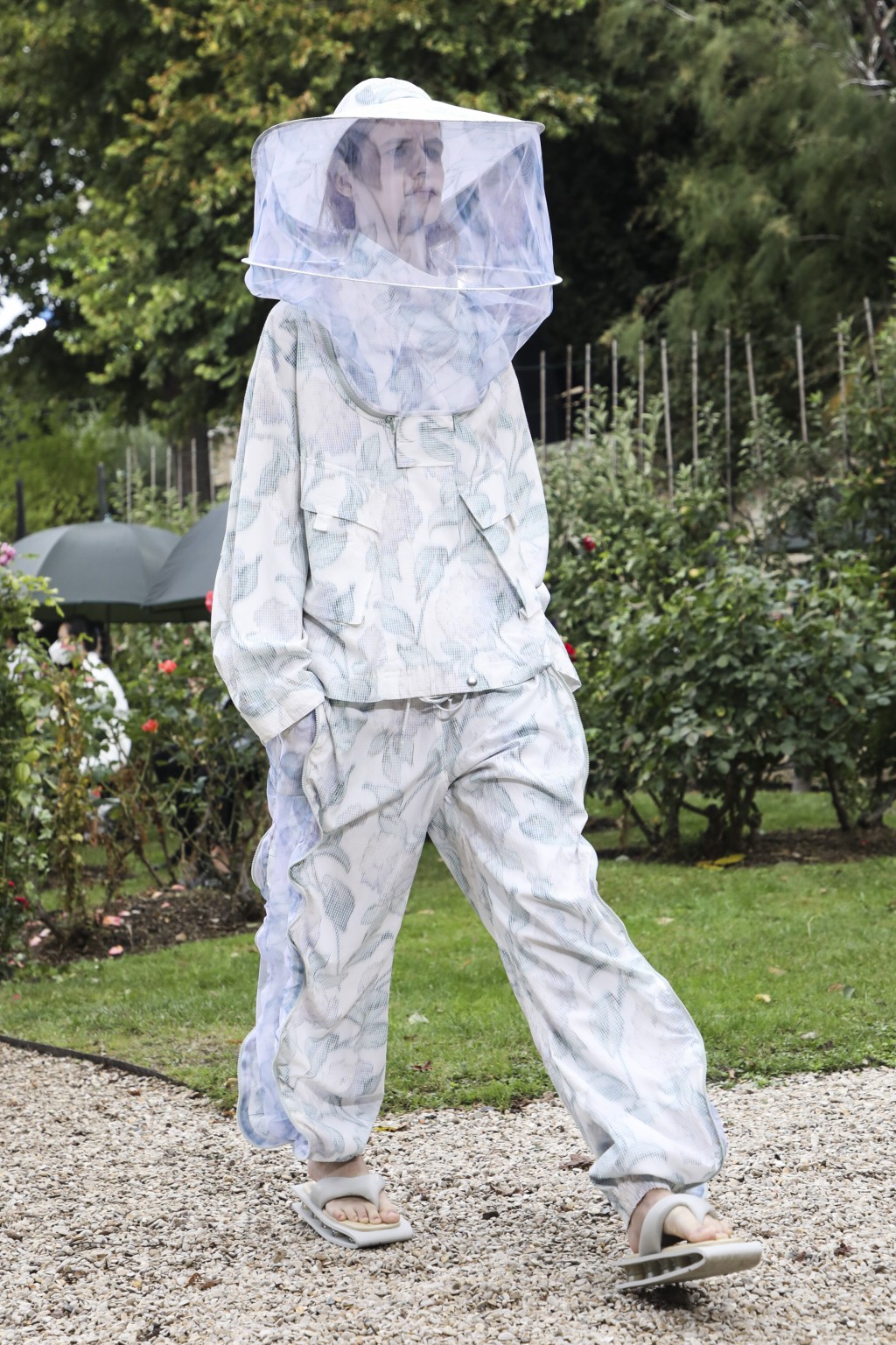 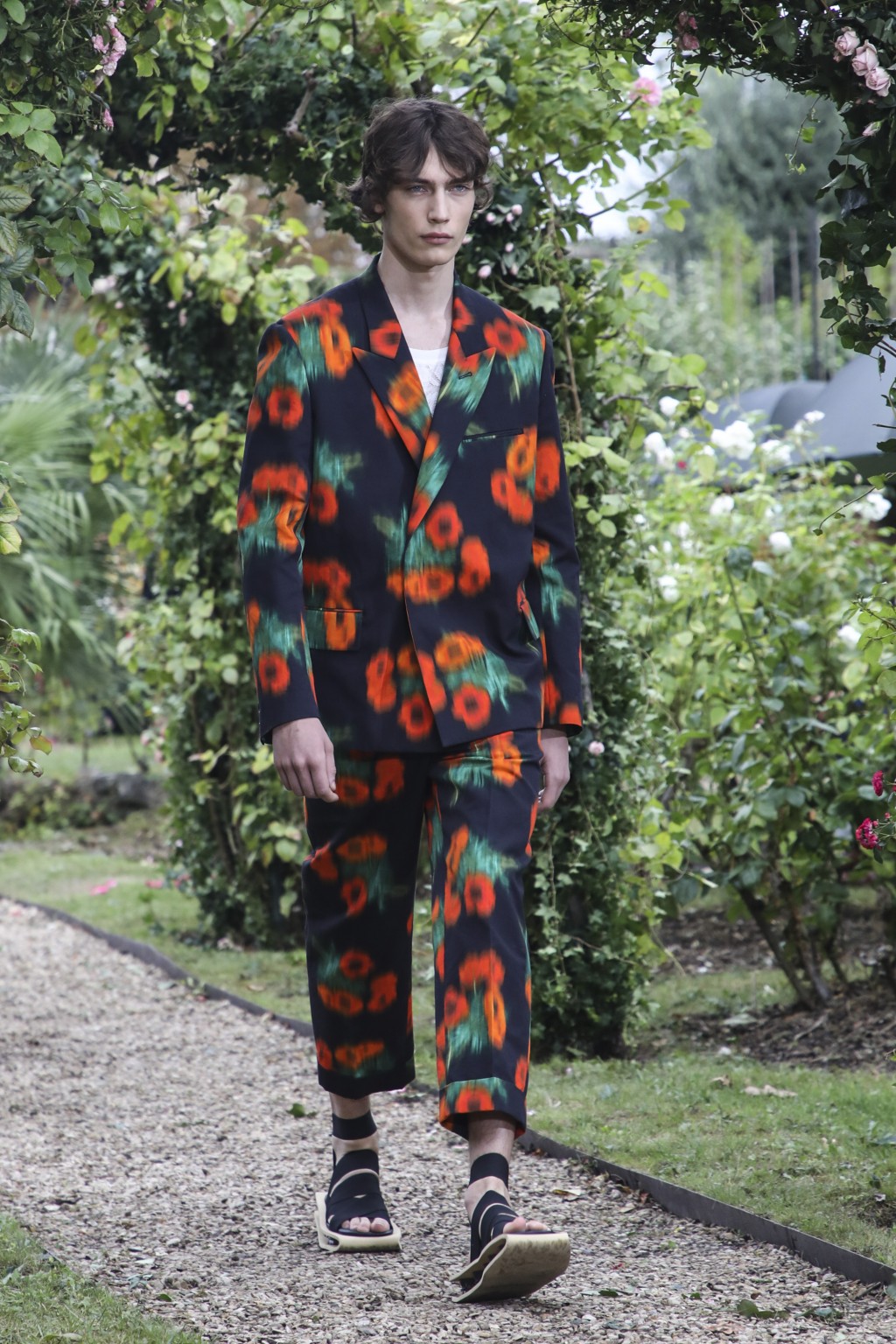 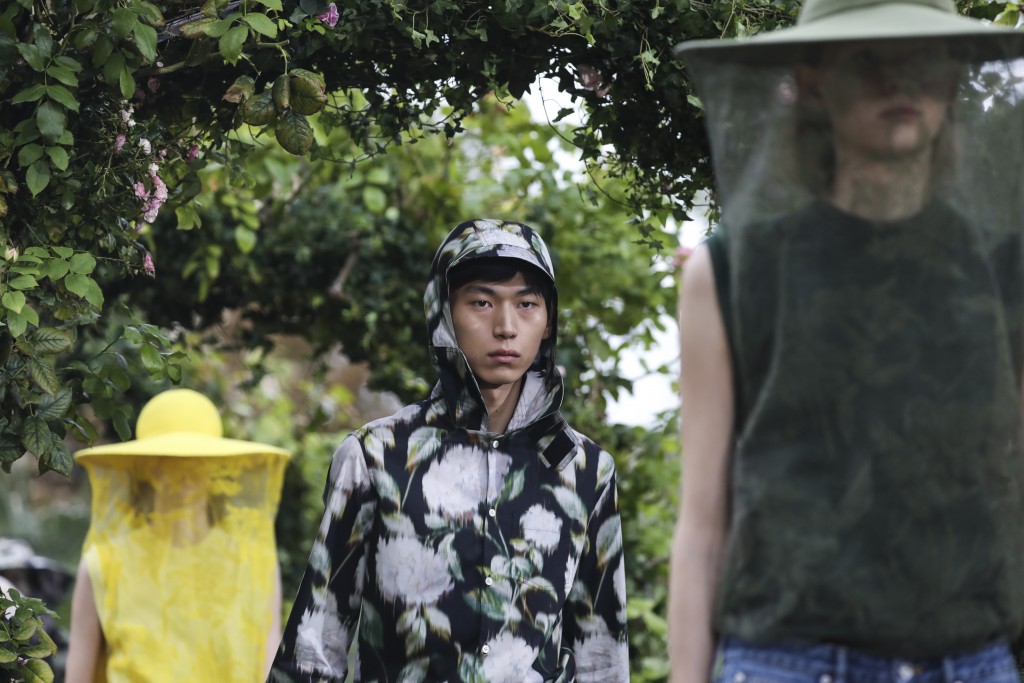 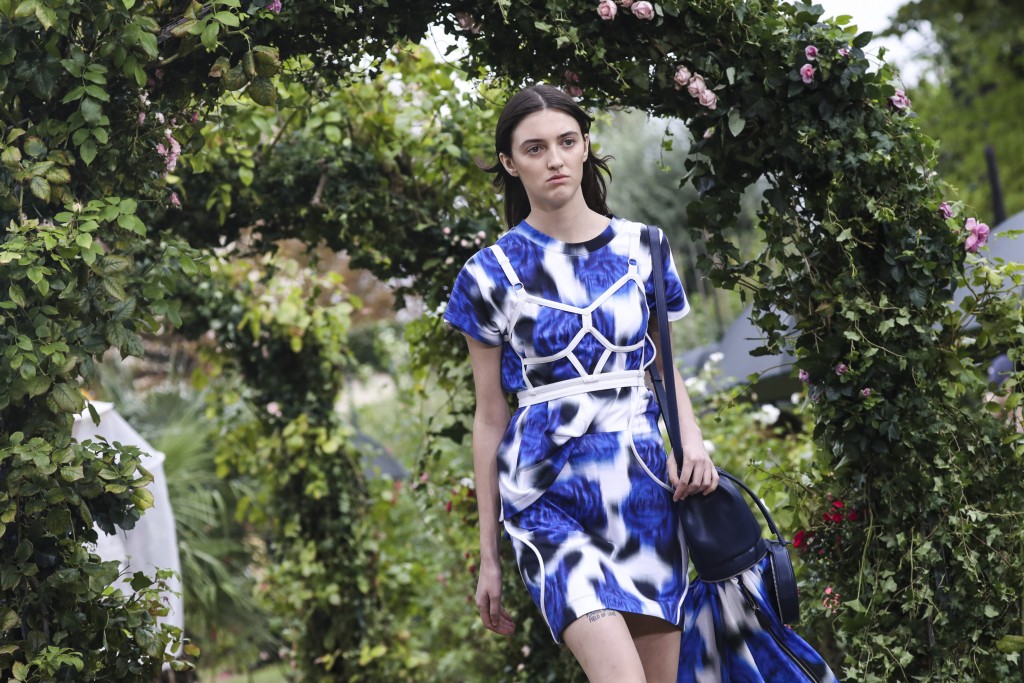 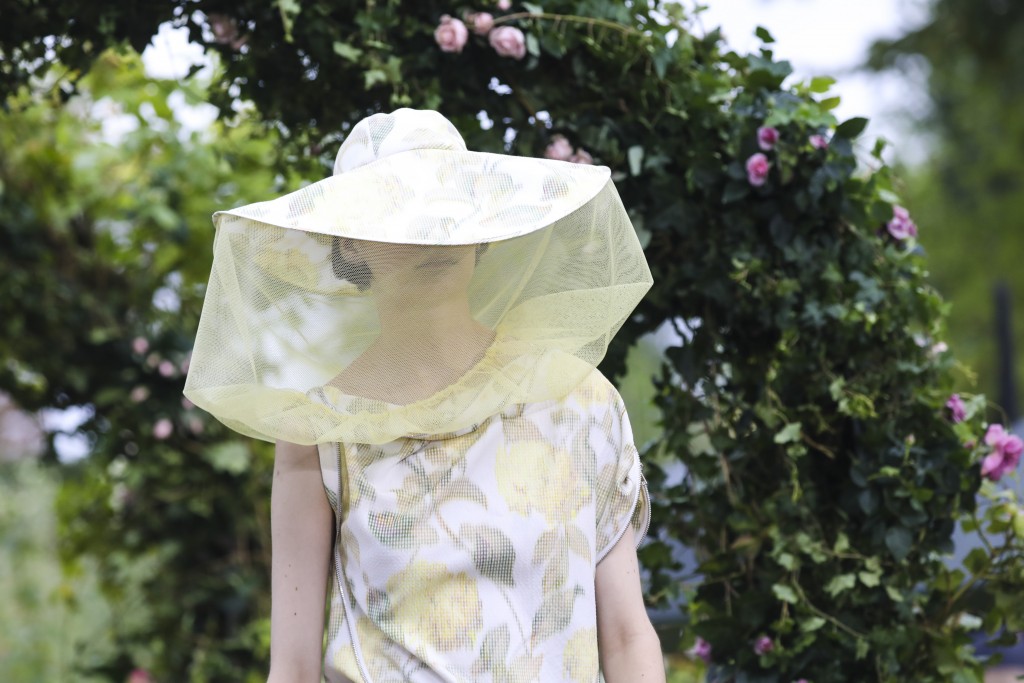 PARIS (AP) — A hybrid Paris Fashion Week continued Wednesday featuring a stand out live runway show from socially-distanced Kenzo, but no sign of any A-list celebrities.

KENZO GETS ALL THE BUZZ

Kenzo’s show was a fairy story in nature. Guests smiled as they breathed in the fresh air of the inner city garden amid the sounds of the frothing fountain.

Large umbrellas placed among the rose bushes marked out the show “seating,” little wooden stools, that ensured a safe distance between them. Many traipsed in bleary-eyed to this morning show, and were happy to discover a pot of honey on each stool. The “Honey of Montmartre,” which guests read off the honey pot label as the show got off to a tardy start, is the stuff produced near the Sacre Coeur church as part of a city-wide initiative to revive the dwindling bee population.

For Felipe Oliveira Baptista, the bees were more than a show gimmick, and the sweetness not just in the pots -- it was to be found also in the creative, bee-themed designs.

The designer used the Kenzo touchstone of the safari or the trek, and reinterpreted the sand dust visor as a netted beekeeper’s mask. On one of the first looks, the sheer fabric of the headwear was held with a large floppy hat. In clever creative play, Oliveira Baptista evoked a camouflage effect using printed vermilion flowers. Colors were eye-popping, either prime or acid and the silhouette was tight and sporty, or flowing and diaphanous.

The collection was also defined by shape. One look featured a netted visor in peach yellow that fell straight down from the round hat in a column tube shape, and shoes were geometric sandals with soles made of the bubbles shapes that evoked the inner lining of a beehive.

It took perhaps a deadly global pandemic for the fashion industry to change its wasteful and un-ecological system of invitations.

Usually, houses compete to produce the most eye-catching, inventive and flamboyant show invitations delivered often by gas-guzzling courier to each guest’s personal or professional address with little thought to ecology.

This season, owing to the virus threat and also the uncertainty surrounding the fashion show schedule, many top houses such as Balmain opted to invite guests via email. Some that did send physical invitations, such as Kenzo, were made of eco-papers.

Highly famous in native Japan, award-winning designer Kunihiko Morinaga is known for his daring concepts that merge art and fashion — such as a square box that becomes a trench coat when the box ribbing is taken out.

The fashion-forward house has also built up a huge fan base in Paris since it landed here in 2014 for its intellectual designs and original use of techno-fabrics.

For spring-summer 2021, the brand was as original as ever as it touched on one of this season’s already-big trends: Eye-popping color. Acid ochre was the hue of one floor-length dress-cape hybrid, on a sapphire blue gown with layered frills at the hem. Colored headpieces resembled origami works of art, against starkly contrasting bright shades of lipstick. One large voluminous coat-dress sported frills all the way down that made it look part Marie Antoinette, part jellyfish.