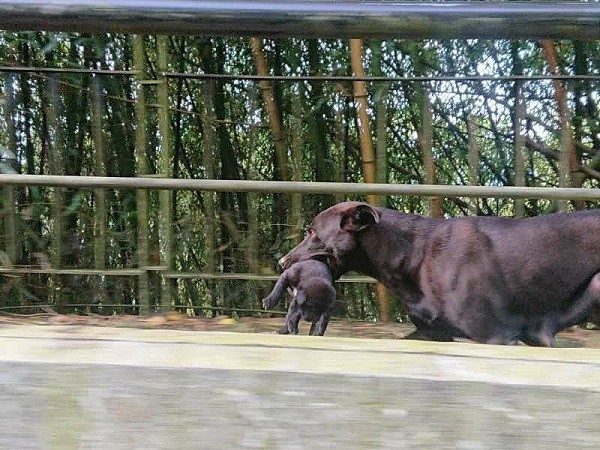 TAIPEI (Taiwan News) — A bed and breakfast (B&B) owner in Chiayi County has successfully found homes for a stray dog and her eight puppies after the stray moved her litter near the inn as a plea for help.

The owner of Sun Sweet House in Fanlu Township found that a black stray dog had been moving her eight puppies to her B&B. As she was concerned that the mother might not have enough milk for her puppies, she proceeded to feed her nutritious food, and on Sept. 23 posted photos to Facebook of the eight puppies that she had taken while the mother was moving the litter.

The B&B owner said in the post that the tender love exhibited by the stray dog touched her heart deeply.

However, the owner said that she faced the dilemma of whether to keep the dogs or compromise peace and safety for her guests. She decided to ask friends to share her Facebook post in the hopes of finding people willing to adopt the cute puppies.

So far, seven of the puppies have been adopted, the owner said in a follow-up post on Sept. 27. She thanked the people who adopted them.

The B&B owner stated that she has kept the mother and one of her offspring so that the mother can have at least one puppy to keep her company. The owner added that after the puppy is weaned, she will take the mother to be neutered.