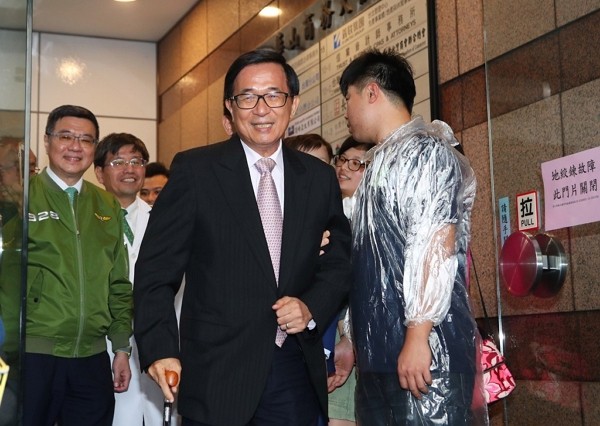 TAIPEI (Taiwan News) — Former President Chen Shui-bian (陳水扁) said Wednesday (Sept. 30) that Taiwanese are not afraid of China's intimidation and that no foreign power has the right to decide Taiwan's future.

In response to Beijing's increasingly frequent military maneuvers in the Taiwan Strait, Chen pointed out on Facebook that people in Taiwan will not be silenced by the authoritarian regime. He said that during his eight-year tenure, he had emphasized Taiwan's sovereignty and that the nation cannot be degraded as it is solely under the jurisdiction of its own government.

Chen stressed that Taiwan refuses to become the next Hong Kong and will remain an independent state, separate from Beijing. He also pointed out that the tactics adopted by the Chinese government, including repeated military threats and political isolation, have seriously damaged Taiwanese' trust in Beijing and its "one country, two systems" proposal.

Chen believes that whether Taiwan decides to change the status quo in the strait will be determined through a national referendum in the near future. He said the 23 million Taiwanese are responsible for their own future and no other political party or foreign government should interfere, reported New Talk.