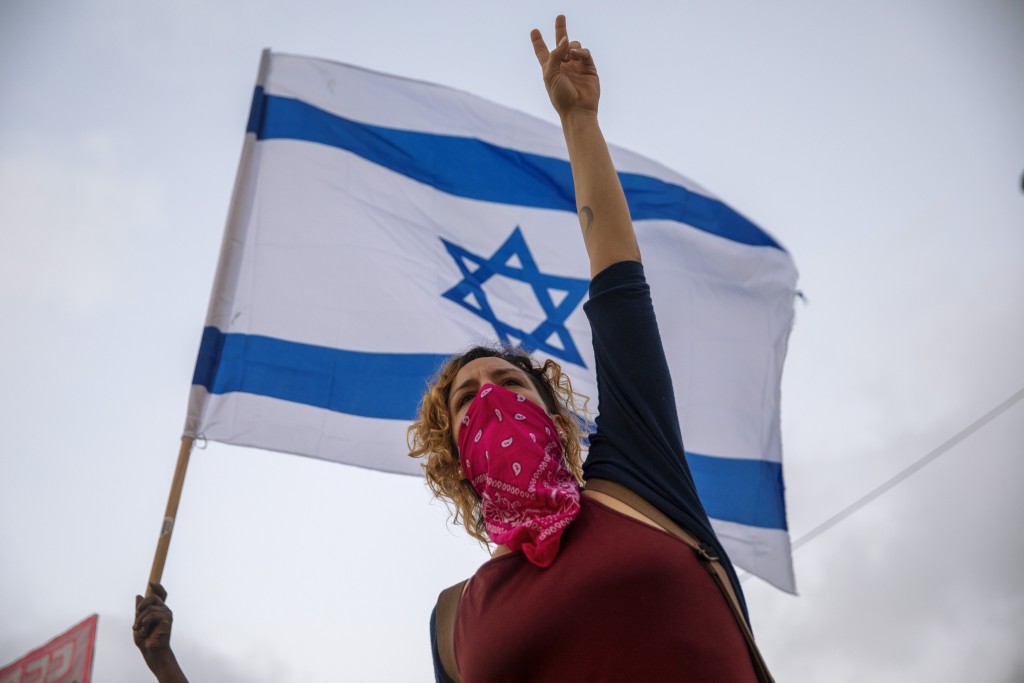 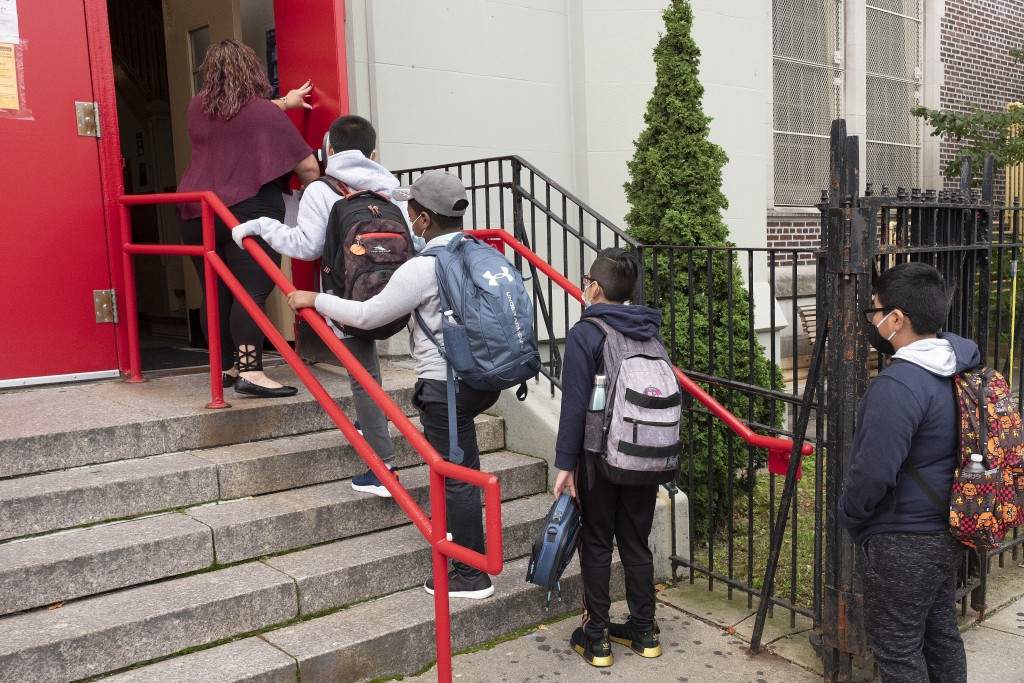 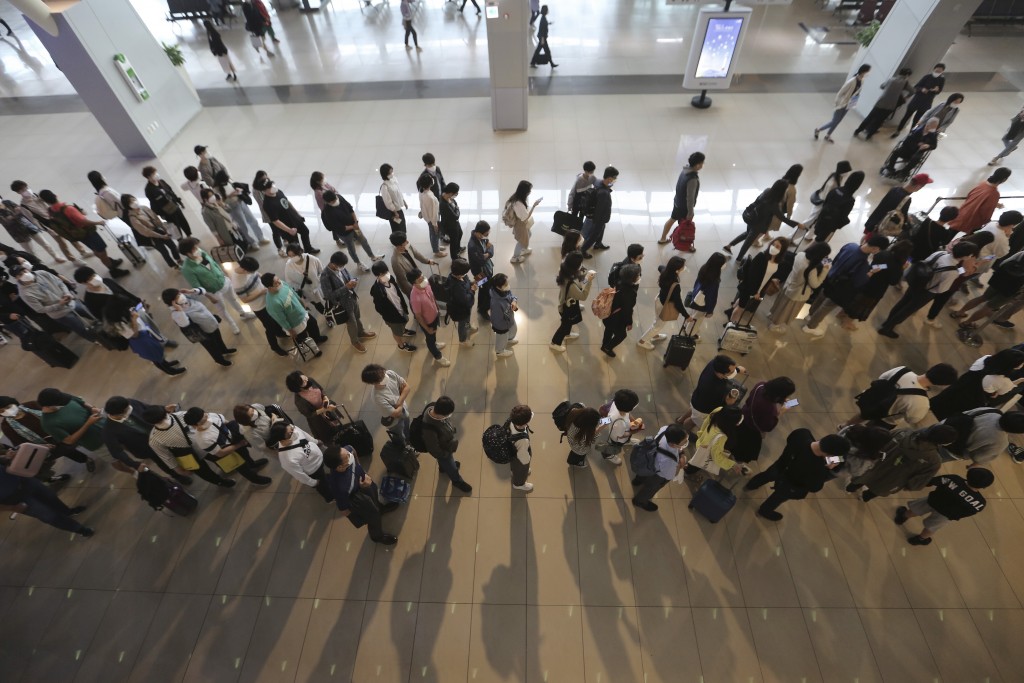 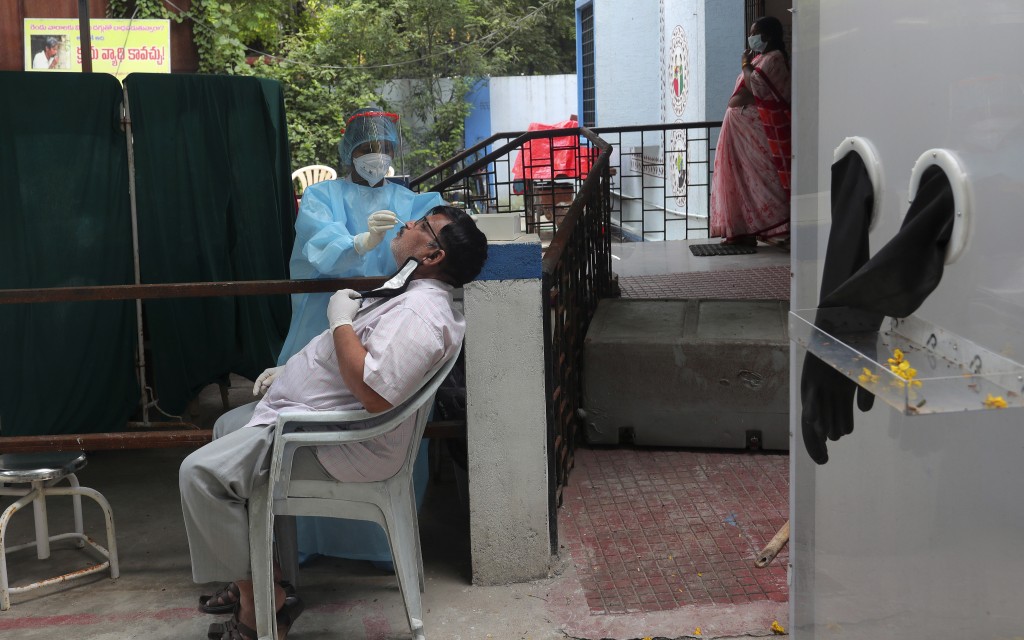 NEW DELHI — India recorded 80,472 new confirmed coronaviruses cases in the past 24 hours, showing a decline from a record high two weeks ago.

The Health Ministry raised India’s confirmed total to more than 6.2 million on Wednesday with 2.5 million in September alone. It also reported 1,179 fatalities in the last 24 hours, raising the death toll to 97,497.

India’s Vice President M. Venkaiah Naidu tested positive on Tuesday and was advised home quarantine. His office said in a tweet that Naidu, 71, is asymptomatic and in good health. Home Minister Amit Shah had tested positive last month and recovered in a hospital.

India’s recovery rate crossed 83% on Tuesday and the number of cases under treatment were less than 1 million. The daily testing covered more than 1 million people, the ministry said.

Meanwhile, a serological survey showed that the infections were more prevalent in urban centers with high population density. The survey by the state-run Indian Council of Medical Research also found that 6.6% of the population above 10 years old have been exposed to the coronavirus.

— COVID-19 cases rising among US children as schools reopen

— U.S. restaurants are moving warily into fall, hoping their slow recovery persists despite the new challenge of chilly weather and a pandemic that’s expected to claim even more lives. New York opens indoor dining on Wednesday, restricting capacity to 25%.

— The Tennessee Titans suspended in-person activities through Friday after the NFL says three Titans players and five personnel tested positive for the coronavirus.

— Chancellor Angela Merkel and the governors of Germany’s 16 states have agreed on plans meant to keep the country’s coronavirus infection figures from accelerating to the levels being seen in other European countries, while keeping schools and businesses open if possible.

UNITED NATIONS -- The United Nations chief says the COVID-19 pandemic has taken “an unprecedent toll” especially on the economies of many developing countries and the world has not responded with “the massive and urgent support those countries and communities need.”

Secretary-General Antonio Guterres said that in the United States, Canada, Europe and most of the developed world, governments have adopted packages valued in double-digits of GDP to help tackle the coronavirus crisis and its impact.

“The problem is to mobilize the resources to allow the developing countries to be able to do the same,” he told a joint press conference Tuesday with Jamaican Prime Minister Andrew Holness and Canadian Prime Minister Justin Trudeau, who have been jointly spearheading high-level meetings to try to raise the resources.

Guterres urged the international community to increase resources to the International Monetary Fund, including through a new allocation of special drawing rights and a voluntary reallocation of existing special drawing rights. He said many countries urgently need debt relief and called for the current debt suspensions to be extended and expanded to all developing and middle-income countries that need help. The private sector, including credit-rating agencies, also “must be engaged in relief efforts,” he said.

The U.N. chief said he is encouraged to see over 40 world leaders and the heads of the IMF, World Bank, Organization for Economic Cooperation and Development and the African Union “coming together around these bold policies.”

He urged the international community to provide $35 billion -- including $15 billion immediately -- to fund “the ACT-Accelerator to ensure equitable access to diagnostics, treatments and vaccines” for all countries.

Chad Dorrill, a 19-year student at Appalachian State University who lived off campus in Boone and took all of his classes online, died on Monday due to coronavirus complications, officials said.

“Any loss of life is a tragedy, but the grief cuts especially deep as we mourn a young man who had so much life ahead,” said a statement from Peter Hans, chancellor of the system overseeing the state’s 16 public colleges and universities. “I ache for the profound sadness that Chad Dorrill’s family is enduring right now. My heart goes out to the entire Appalachian State community.”

O’FALLON, Mo. — The number of people hospitalized for the coronavirus has nearly tripled in areas outside of Missouri’s two largest metropolitan areas since the state reopened for business in mid-June, according to state health department data Tuesday.

Excluding the St. Louis and Kansas City areas, hospitalizations have risen 186% in the 3½ months since Republican Gov. Mike Parson allowed Missouri to reopen on June 16. The seven-day average for hospitalizations outstate on June 16 was 161; on Monday it was 461.

More than 9,000 doctors, dentists and pharmacists were taking part, prompting hospitals to suspend consultations and many surgeries, though emergency and intensive care facilities aren’t affected.

Teodoro Quiñones, secretary of the social security doctors union, said the government hasn’t kept its promises to raise salaries or pay bonuses during the pandemic.

Doctors in the public sector earn an average of $985 a month, though most supplement that with other jobs at private hospitals or offices.

The Peruvian Ombudsman’s Office said more than 4,000 health workers lack health, life and occupational risk insurance and don’t have the right to sick leave if they're diagnosed with the virus.

NASHVILLE, Tenn. — Businesses in 89 of Tennessee’s 95 counties will no longer have to adhere to social distancing guidelines, Gov. Bill Lee announced Tuesday, even though cases of COVID-19 in the state have been persistently high.

The Republican governor said he would lift all virus-related limits on businesses and social gatherings for most of the state. The action, which takes effect Thursday, notably does not apply to Tennessee’s six populous counties with locally run health departments. Sullivan, Knox, Hamilton, Davidson, Madison and Shelby counties can continue implementing their own restrictions.

According to data kept by The Associated Press, there were about 287 new cases per 100,000 people in Tennessee over the past two weeks, which ranks 13th in the country for new cases per capita. The state has seen at least 2,389 virus-released deaths

DENVER — Colorado Gov. Jared Polis is encouraging families to register students in online or in-person schools as the state experiences a decline in enrollment during the coronavirus pandemic.

Polis said the decline is based on anecdotal evidence, but it is widespread across the state, with the greatest decrease among preschool to third-grade students. At a news conference Tuesday, Polis and other officials warned about the “major deficit” that children who return to school after taking time off may face.

Other school districts across the U.S. have reported similar trends. Dr. Chris Rogers, a child and adolescent psychiatrist, says school is critical to the healthy development of children and adolescents.

De Blasio said he was sending teams of hundreds of outreach workers and contact tracers to nine Brooklyn and Queens ZIP codes that have seen an upswing in positive COVID-19 tests in hopes of avoiding harsher enforcement measures.

Those workers will be handing out masks but also insisting that people put them on if they are in a place where they could be within 6 feet of other people.

The Democratic mayor warned he could order further crackdowns, including the closing of nonessential businesses and bans on gatherings if things don’t improve. Private schools and child care centers could be closed if people refuse to comply with coronavirus guidelines, de Blasio said.