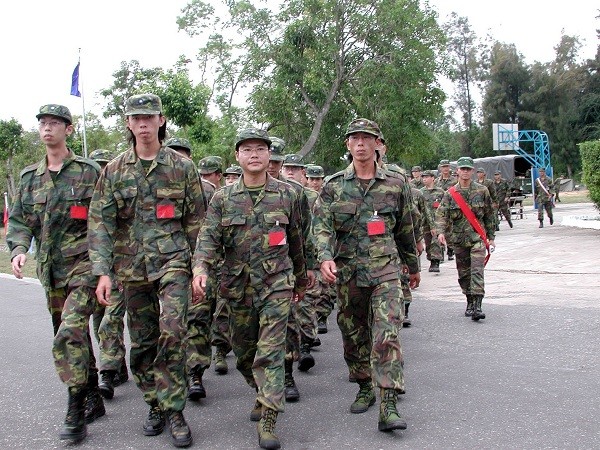 Taiwan's military is considering increasing the frequency of calling up reservists to beef up the combat readiness of the country's reserve forces, a source told CNA on Wednesday.

Under an initial proposal, reservist call-ups would occur every year for two weeks rather than the current every two years for five to seven days training, the source said.

Also, the Reserve Command currently in charge of reservist affairs is expected to be scrapped in 2023 and merged into the Republic of China (ROC) Army Command Headquarters, the source said.

These upcoming changes are still in the planning stages and have yet to be finalized, the source said.

The source's comments were made after Defense Minister Yen De-fa (嚴德發) told media a day earlier that his ministry is taking measures to make Taiwan's military reserve force a more reliable backup for the regular forces in protecting the country amid increased Chinese military maneuvers around Taiwan.

These measures include increasing the frequency and duration of each call-up as well as providing better equipment and scaling up the training for reservists, Yen said.

At present, reservists are called up every two years for training at a military base near their residence to maintain their basic combat skills. They can be called up no more than twice within eight years after being discharged from their military service.