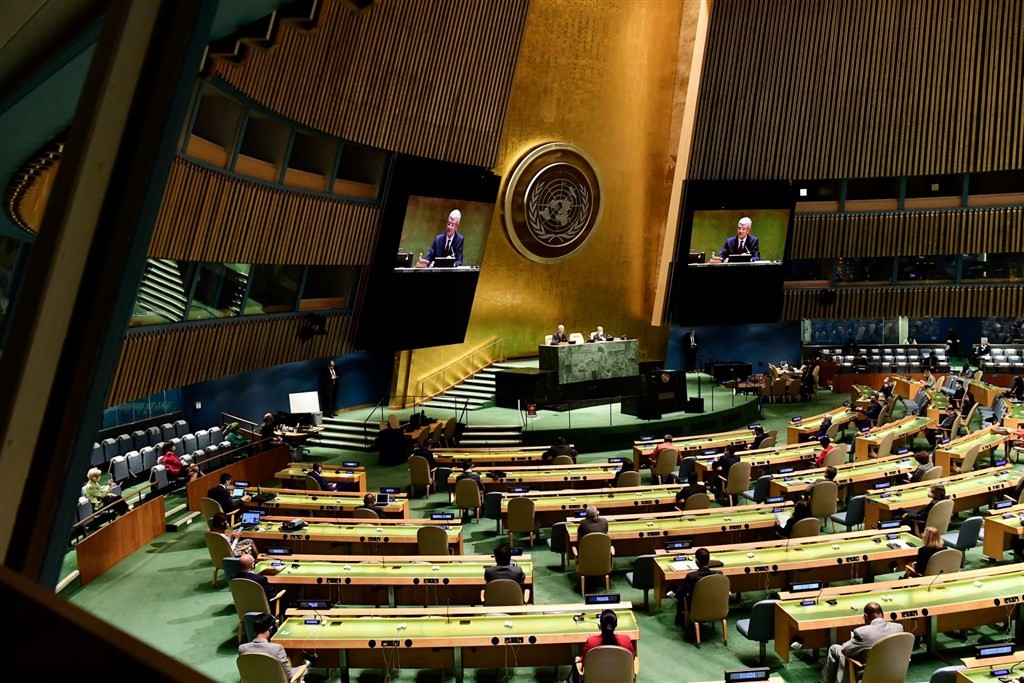 TAIPEI (Taiwan News) — By the time the General Debate of the 75th United Nations General Assembly came a close, a total of 12 diplomatic allies had spoken out for Taiwan's participation.

This year’s UN General Debate, which began Sept. 22 and ended on Tuesday (Sept. 29), saw 12 of Taiwan’s allies call for the nation to be invited into the international organization, including Palau, Paraguay, the Marshall Islands, Haiti, Nauru, Tuvalu, Eswatini, Saint Vincent and the Grenadines, Saint Kitts and Nevis, Saint Lucia, Belize, and Nicaragua.

Notably, this is the first time Nicaragua has spoken up for Taiwan at UN General Debate in three years. Although Guatemala and Honduras did not support the nation publicly, they each sent a letter backing Taiwan's participation to UN Secretary-General Antonio Guterres, CNA reported.

Due to the Wuhan coronavirus (COVID-19) pandemic, most countries' leaders delivered a 15-minute pre-recorded video message.

On Tuesday, President Tsai Ing-wen (蔡英文) said Taiwan’s efforts are valued by many countries and thanked its allies for strongly supporting its participation in international organizations, its pandemic prevention measures, and its contributions to the international community. "We will never back down," she stated.

Meanwhile, Guatemala, Honduras, Nicaragua, and Paraguay each wrote to Secretary-General Guterres to call for Taiwan’s participation in the global body, according to Taiwan's Ministry of Foreign Affairs.