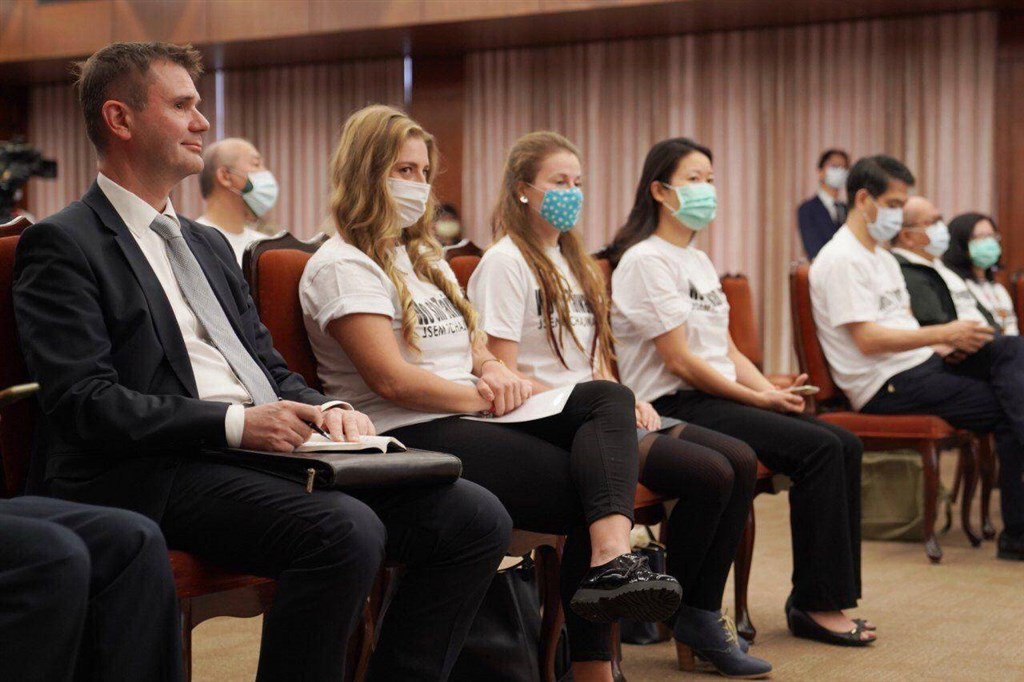 The scholarship program forms part of cooperation plans reached between Taiwan and Czech Senate President Miloš Vystrčil during a visit to Taiwan he made from Aug. 30-Sept. 4, Deputy Foreign Minister Harry Tseng (曾厚仁) said during a press conference.

Karolina Romanowska, a student pursuing a master's degree in Taiwan, shared her experience of studying in Taiwan, saying that there are many good teachers in Taiwan and that the Taiwanese people are very hospitable.

"There is a little secret about Taiwan which I would like to share with you today, and I'm going to speak for most of my foreign friends right now," Romanowska said. "The truth is, once you have come to Taiwan, you are never ready to go back."

Representatives from the seven universities and exchange students from Czech Republic wore T-shirts emblazoned with "I am Taiwanese" in Chinese and Czech, a quote from a speech made by Vystrčil at the Legislative Yuan on Sept. 1.

Head of the Czech Economic and Cultural Office Patrick Rumlar also attended the press conference, but he did not issue any statement nor accept media interviews.

According to Johnson Sen Chiang (姜森), MOFA's director-general of European affairs, the scholarship program, initiated and facilitated by MOFA, will begin next year.