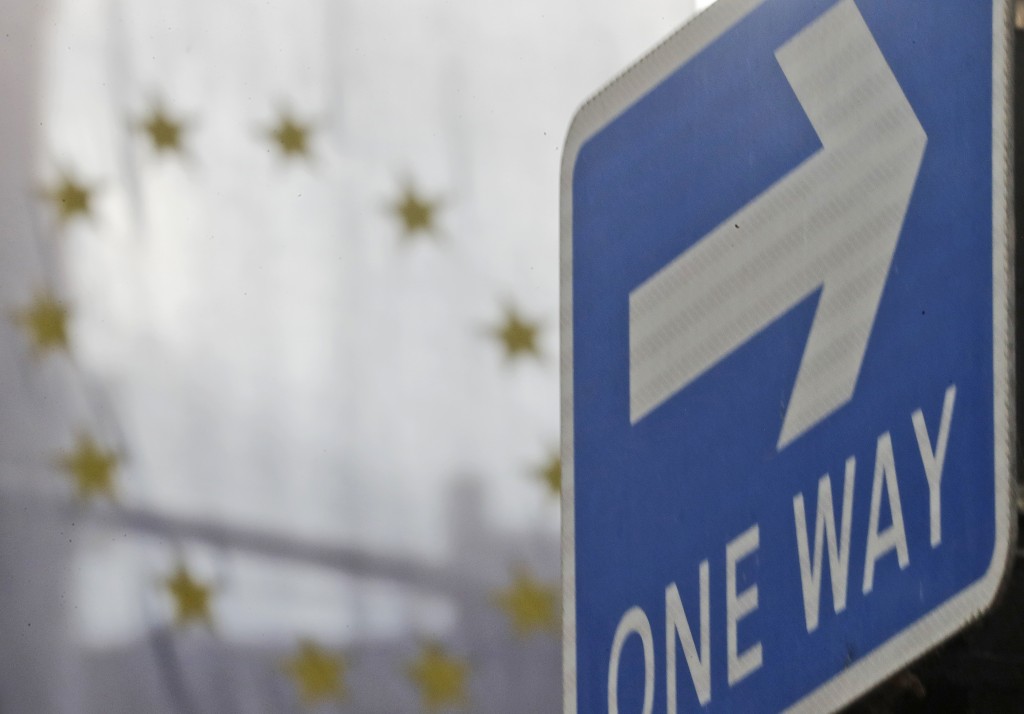 BRUSSELS (AP) — Amid the din of diplomatic diatribes, European Union and British negotiators hunkered down Tuesday to seek compromises on everything from fishing rights to business competition rules, in a belated attempt to broker a rudimentary trade deal following the U.K.'s departure from the bloc in January.

A post-Brexit transition period ends on Dec. 31, and Britain made already strained relations worse this month by announcing plans to breach the legally binding divorce agreement it signed on its departure from the bloc. The EU has responded by threatening legal action.

“It is casting a dark shadow over the ongoing negotiations," said German Europe Minister Michael Roth, whose country currently holds the EU presidency and, as the bloc's economic engine, has a massive stake in a positive outcome for the Brexit trade talks.

Roth said the withdrawal agreement had been crafted to preserve peace on the island of Ireland, where the U.K. and the EU have their only land border, between Northern Ireland and the Republic of Ireland.

If it becomes law, Britain's Internal Market Bill will give the U.K. the power to disregard part of the Brexit withdrawal treaty dealing with trade to and from Northern Ireland, which shares a 300-mile (500-kilometer) border with Ireland.

EU leaders fear that could lead to the re-imposition of a hard land border and erode the stability that has underpinned peace since Northern Ireland's 1998 Good Friday accord.

“To recklessly jeopardize that historic achievement would send a disastrous message," Roth wrote in Der Spiegel.

The U.K. government says it respects the peace accord and the Brexit withdrawal agreement, but wants the law as a “safety net” in case the EU makes unreasonable demands after Brexit that could impede trade between Northern Ireland and the rest of the U.K.

The bill is due to win approval from the House of Commons on Tuesday, despite opposition from some members of Prime Minister Boris Johnson's governing Conservative Party. Five former prime ministers, including Johnson's Conservative predecessor Theresa May, have condemned the legislation.

Opposition Labour Party business spokeswoman Lucy Powell accused the government of "playing a dangerous game — and it is the people and businesses of Northern Ireland who risk paying the price.”

The legislation still must pass through Parliament's upper chamber, the House of Lords, before becoming law. No date has been scheduled for it to be debated there.

The EU, which demanded Britain drop the bill by the end of the month, will decide by Wednesday night what action to take against the bill, and likely will start a legal fight.

Against that chilly backdrop, negotiators sat down in Brussels on Tuesday for their final scheduled round of trade negotiations.

Britain says it wants a free trade deal along the lines of the one the EU has with Canada.

The EU says if the U.K. wants access to EU markets it must respect standards that EU companies have to live by since Britain is just too close to allow for undercutting rules that would allow for so-called “dumping” of U.K. merchandise at prices lower than in the EU.

“There will be no backhanded compromises on internal-market matters or on social and environmental standards. We strictly reject rules that would enable dumping. We owe that both to our people and to our economy," Roth said.

Follow all AP stories on developments in the Brexit trade talks at https://apnews.com/Brexit.