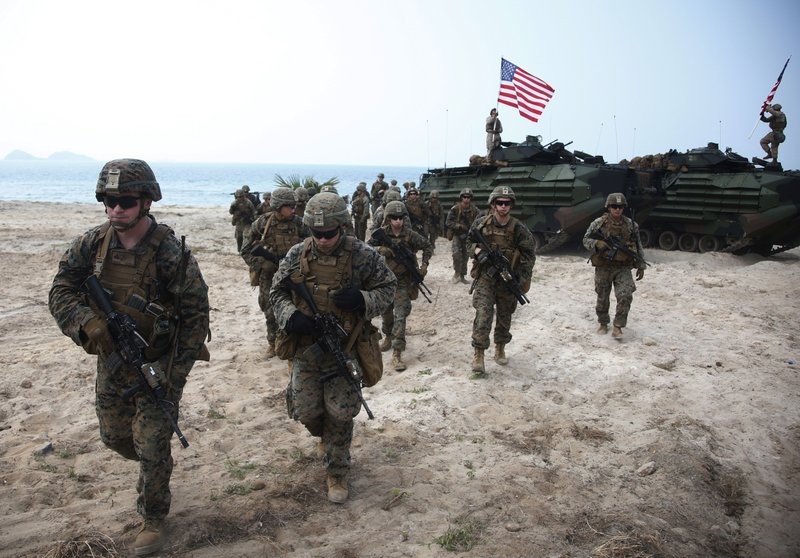 TAIPEI (Taiwan News) — As China continues to menace Taiwan with aggressive military actions, a new poll released on Monday (Sept. 28) shows that 60 percent of Taiwanese believe that the U.S. would send troops to defend Taiwan.

The latest poll by the Taiwan Public Opinion Foundation (TPOF, 台灣民意基金會), which was released at a press conference on Monday, found that 60 percent of Taiwanese adults over the age of 20 believe that if China used force against Taiwan, the U.S. may send troops to defend the country, with 33 percent disagreeing. TPOF Chairman You Ying-lung (游盈隆) said that this finding shows that the vast majority of Taiwanese believe at this moment that if China uses force to invade Taiwan, the U.S. military may step in to defend Taiwan.

Specifically, poll recipients were asked the following question: "If China used force against Taiwan, do you think the U.S. would send troops to help [defend] Taiwan?" In response, 24.1 percent chose "very likely"; 35.9 percent selected "it is possible"; 20 percent opted for "unlikely"; 13.4 percent checked "impossible"; and 6.6 percent did not have an opinion, did not comment, or refused to answer the question.

You said that this shows the change in the psychological state of the Taiwanese people in response to the recent wave of U.S. policy changes towards Taiwan.

Regarding the issue of Taiwanese confidence in the armed forces, the latest polls show that among survey participants, 49 percent are basically confident in the military's ability to effectively defend Taiwan, while 45 percent have no confidence. You believes that this indicates that although a relatively large number of Taiwanese are confident that Taiwan's armed forces are capable of defending Taiwan, on the whole, Taiwanese have divided opinions on whether the military can effectively defend against an attack by People's Liberation Army (PLA) forces.

As for the issue of arms sales to Taiwan, the latest survey shows that 57 percent are basically happy to see major U.S. weapons sales to Taiwan, while 33 percent are not. You believes that this result shows a departure from the past, and reflects the sense of urgency among Taiwanese amid increasing Chinese military aggression and highlights the strong support among the public for government acquisition of arms from the U.S.

Regarding Taiwanese perceptions of the "Republic of China's" territory, 83.5 percent said that it encompasses Taiwan, Penghu, Kinmen, and its affiliated islands, while 8.4 percent thought that in addition to Taiwan, Penghu, Kinmen, and affiliated islands, it also includes China. You concluded that this shows a consensus among most Taiwanese that China is not part of the "Republic of China."

As for the opinion of Taiwanese toward the Chinese Communist Party (CCP), 6.1 percent have a favorable opinion; 63.1 percent object to it; 22 percent have neither an opinion nor an objection; and 8.8 percent did not know or refused to answer. In addition, when it comes to hatred of the CCP, 50.6 percent of respondents "hate the CCP very much"; 12.4 percent "hate it"; 22 percent "do not have have a positive or negative feeling"; 4.8 "like it a little"; and 1.4 "like it a lot."

The survey was conducted for the TPOF by Focus Survey Research (山水民意研究公司) from Sept. 21 to Sept. 22. The poll gathered 1,076 valid responses from adults over 20 years of age via telephone and had a sampling error of plus or minus 2.99 percent with a confidence level of 95 percent.