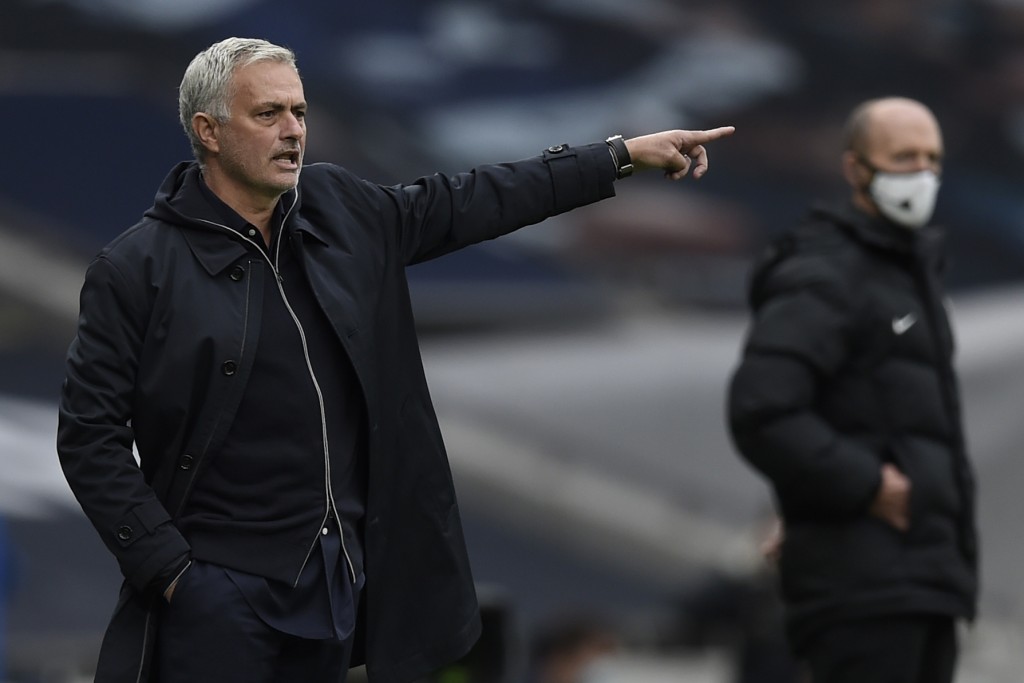 A look at what’s happening around European soccer on Tuesday:

Tottenham manager Jose Mourinho is likely to field a weakened lineup for the match against Chelsea in the fourth round of the English League Cup because of his team's involvement in Europa League qualifying on Thursday. Mourinho has said the added financial value of reaching the Europa League group stage made that competition more important to the club amid its hectic run of matches to start the season. “You can imagine that with a game on Thursday that decides a very important thing for us, I think the EFL made a decision for us," Mourinho said. So, the coach — already without Son Heung-min (hamstring) — is likely to start with some young players against a club where he had two spells as manager. Chelsea should also rotate, including potentially giving goalkeeper Edouard Mendy his first start since joining from Rennes last week.

League leader Real Betis visits Getafe looking to rebound from a late loss to Real Madrid, a result that halted its two-game winning streak to start the season under new coach Manuel Pellegrini. Unbeaten Real Sociedad goes for its second victory in a row when it hosts Valencia, which is winless in its last two matches.

In the second legs of the playoff round, Dynamo Kiev takes a 2-1 lead into its home game against Gent while Olympiakos protects a 2-0 advantage when it visits Omonia Nicosia. Ferencvaros and Molde are tied at 3-3 ahead of the return match in Hungary.