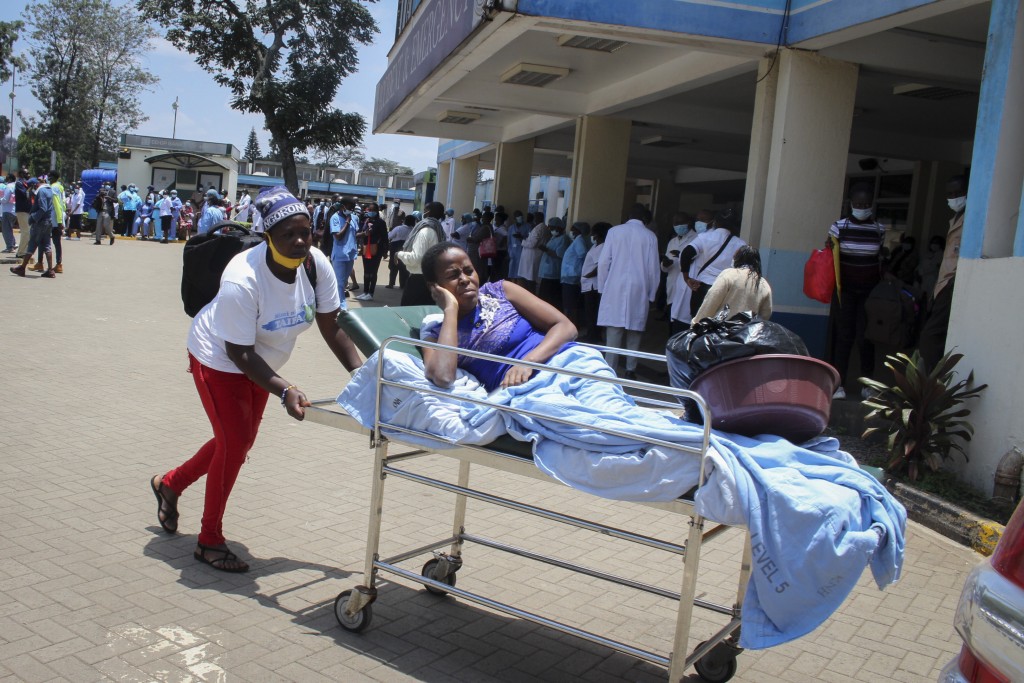 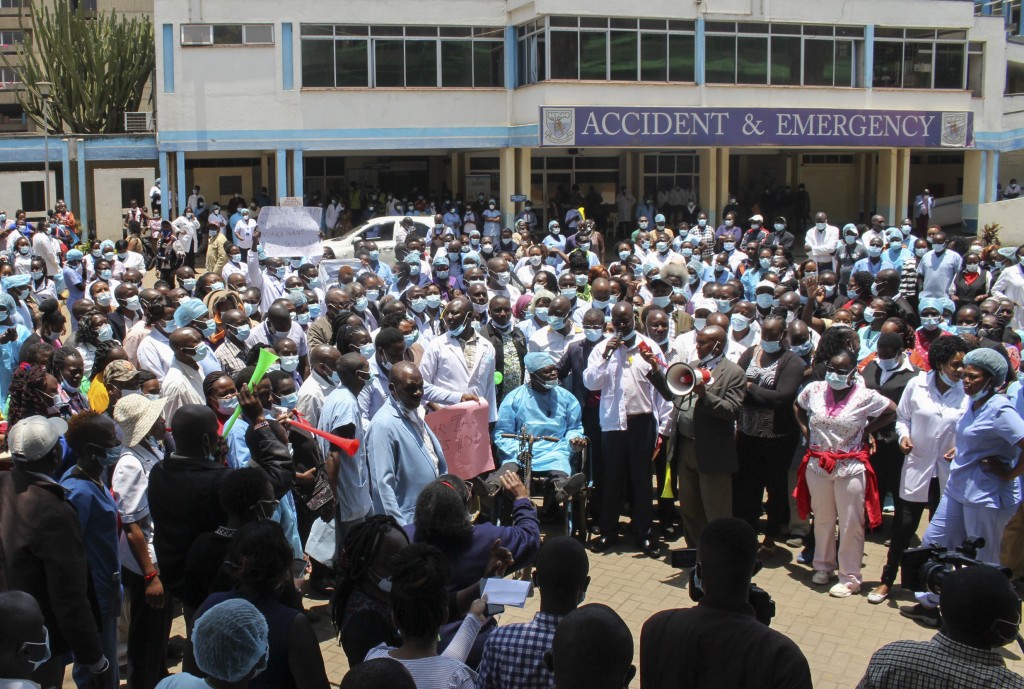 NAIROBI, Kenya (AP) — A man has died outside an emergency ward of Kenya's largest referral hospital after he was not treated for hours by striking staff, a witness said.

Pay raises for Kenyatta National Hospital workers were approved by the government in 2012 but the workers say they have not received the increases.

Local clinics referred Nyabuto to the hospital but when he arrived no one attended to him for more than two hours and those they approached turned them away, said Muvya.

“A worker told me they are on strike so there will be no help from them. My friend stayed in the car until after two hours later when another personnel who was passing by agreed to attend to him. But after checking him, he said it was too late and he had died,” said Muvya.

Thousands of workers at Kenyatta National Hospital are participating in the strike and will continue until the raises are paid, officials of the Kenya Union of Domestic, Hotels, Education Institutions, Hospitals and Allied Workers and the Kenya National Union of Nurses said Monday.

Jane Mwaniki, the representative of the nurses union at the hospital, said they went on strike because they've “ been pushed to a corner where you are suffocating and somebody expects you to breath.”

“We have been steadfast through this COVID-19 pandemic working in very difficult situations and, as a result, the country has seen less deaths than expected. It is not the wish of employees to be out (striking) today. We have been pushed to a corner,” she said.

Kenya expected coronavirus infections to peak in September but according to government statistics the numbers of new confirmed infections have been decreasing, leading many Kenyans to call for the government to ease restrictions meant to prevent the spread of the disease including a night-time curfew and to reopen schools.