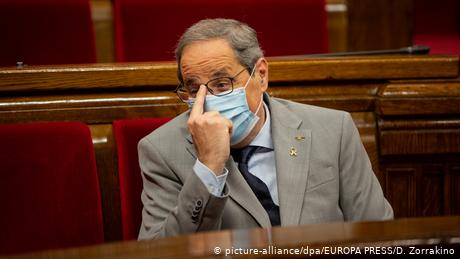 Torra was convicted in December of last year for refusing to remove a banner with separatist slogans from his government's headquarters in the run-up to the April 2019 general election. This was despite repeated appeals by the Spanish election board on grounds that it violated institutional neutrality.

The ruling means that Torra's deputy, Pere Aragones, would now take over as interim president until a new election is held.

Pro-independence organizations rejected the ruling and called for protests this week.