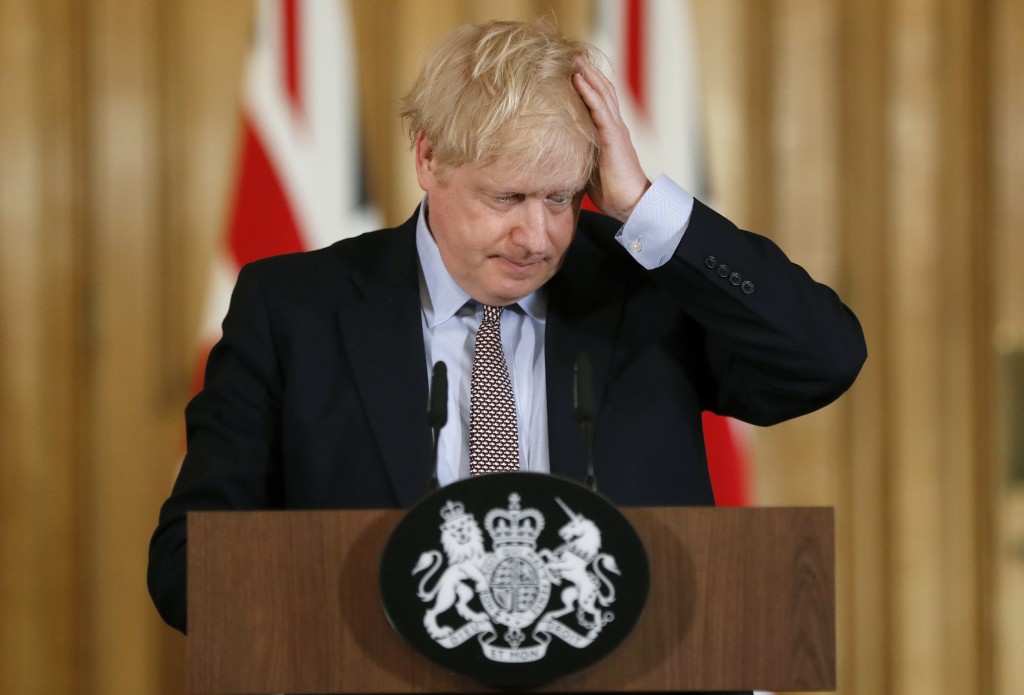 BRUSSELS (AP) — The European Union and recently departed EU member Britain are entering a crucial week of talks, hoping to salvage a rudimentary trade deal within weeks despite a negotiating climate spiked with accusations of untrustworthiness.

Monday's talks will center on Britain's recent threat to renege on parts of the withdrawal treaty it signed and which allowed it to officially leave the EU on Jan. 31. Under that cloud, trade negotiators take over as of Tuesday to see if a free trade deal will still be possible by the end of the year, when a transition period runs out.

Both sides stand to lose hundreds of thousands of jobs and a big chunk of their income if they fail to find a compromise agreement. Yet, Brussels and London have been digging in their heels and have vowed not to compromise on key issues.

Irish Prime Minister Micheal Martin said Monday his government “is preparing its budget in three weeks’ time on the basis that there will be a no-deal Brexit.”

Johnson’s government proposed a bill earlier this month that would give the U.K. the power to disregard part of the Brexit withdrawal treaty dealing with Northern Ireland, which shares a 300-mile (500-kilometer) border with EU member Ireland.

Johnson has said he would not put it past the EU to abuse the treaty to put the Northern Irish part of the United Kingdom in an economic chokehold. The EU insists the full withdrawal agreement must be respected for fear that it otherwise might re-ignite tensions on the island of Ireland.

Britain and the EU jointly promised in the Brexit divorce agreement to ensure there are no customs posts or other obstacles on the Northern Ireland-Ireland border. The open border is key to the stability that underpins the 1998 peace settlement that ended decades of violence between Irish nationalists and British unionists.

Martin has the full support of the 26 other EU nations in condemning Johnson's tactics, and the issue will be addressed when EU Commission vice-president Maros Sefcovic meets Michael Gove, the U.K. minister in charge of Brexit planning, in Brussels on Monday.

Against that background, trade negotiators, led by the EU's Michel Barnier and the U.K.'s David Frost will resume talks on anything from fisheries to financial regulations.

The talks have stalled over several issues, and the EU insists the U.K.’s negotiating strategy is to to hold on to the privileges it had as a member of the bloc without having to carry the burdens of that membership. The U.K. is seeking far-reaching access to the wealthy EU market, but doesn’t want to live by the rules that underpin trade with the bloc.

Both sides have said a deal must be struck by October if it is to be ratified by the end-of-year deadline, and Johnson has even used an Oct. 15-16 EU summit as a deadline.

Martin told Britain’s i newspaper that there was still “potential for a deal.”

“I believe a deal is the sane and sensible thing to do, and I think all of us as politicians have an obligation to those we represent — and in terms of Brexit that means the least damage possible to workers, to employers and to business and economy,” he said.