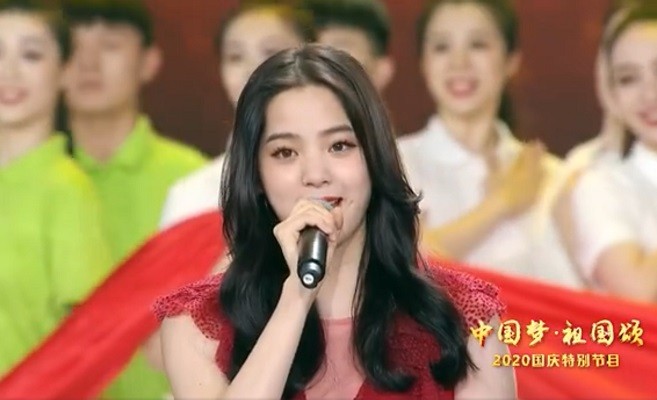 TAIPEI (Taiwan News) — In response to advertisements in China trumpeting that Taiwanese singers, including Nana Ou-yang (歐陽娜娜) will be performing on a TV special marking the communist regime's 71st anniversary, the Mainland Affairs Council (MAC) warns that she and other entertainers could face fines as high as NT$500,000 (US$17,000) for violating Taiwan's law.

Over the weekend, advertisements surfaced on China’s state-run TV network CCTV proclaiming that Ou-Yang and fellow Taiwanese singer Angela Chang (張韶涵) will be performing red songs on Oct. 1 such as "My Motherland" (我的祖國). In response, Taiwan's MAC on Saturday (Sept. 26) warned that such performances by Taiwanese nationals in the communist country could constitute a violation of the law governing cross-strait relations.

On Monday (Sept. 28), the MAC said people should not support and assist the Chinese Communist Party in carrying out United Front propaganda against Taiwan, harming the country's national identity, and pointed out that it will closely monitor the situation. The MAC added that if it finds the entertainers have violated the law, the Ministry of Culture (MOC) will investigate the incident and deal with it accordingly. Article 33-1 of the Act Governing Relations between the People of the Taiwan Area and the Mainland Area states the following:

According to Article 90-2 of the same law, any person who violates Paragraph 1 or Paragraph 2 of the above-mentioned article shall be subject to punishment by a fine of between NT$100,000 and NT$500,000.

When asked to comment on the controversy while attending an event on Sunday (Sept. 27), Taiwanese Premier Su Tseng-chang (蘇貞昌) said "Taiwan is a democratic and free country. Some people enjoy freedom and democracy and use Taiwan's health insurance resources. She's going as a public figure to China to sing inappropriate songs. The Taiwanese people have made their own public comments," reported SET News. Last year, Ou-yang drew the enmity of Taiwanese citizens by stating on CCTV and Weibo that she is "proud of being Chinese," while only two percent of Taiwanese consider themselves to be "Chinese." In response to the backlash over her planned appearance on Chinese state-run TV, Ou-yang took to Instagram to cryptically write in English "+smell the sea and feel the sky’ life is wonderful."