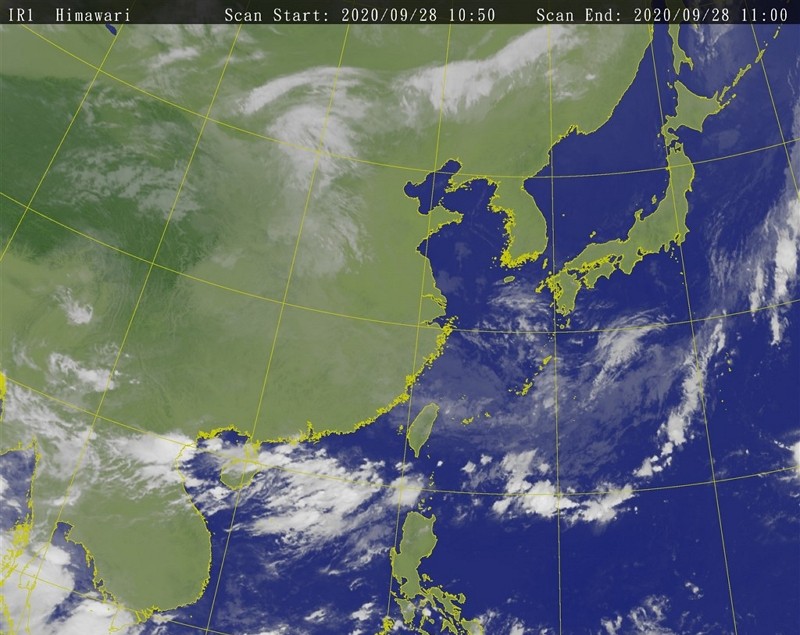 Northeasterly winds and a cloud system are expected to continue to bring moisture and cool weather to northern Taiwan Monday, according to the Central Weather Bureau (CWB).

Early morning temperatures in northern Taiwan dropped to 20-21 degrees Celsius, while lows in the rest of the country were between 22-25 degrees, the bureau said.

Meanwhile, daytime temperatures will climb to 23-27 degrees in the north, with highs in rest of the country ranging from 27-33 degrees, the bureau added.

The CWB forecasts showers and heavy rain in northern Taiwan and northeastern Yilan County; occasional showers in central and eastern parts of the country, with the possibility of afternoon thundershowers in the south.

In addition, the CWB warned of high waves off Keelung and the northeast coast.

The Air Quality Index (AQI), is forecast to flash an orange warning in southern Kaohsiung City and Pingtung County, indicating unhealthy levels for sensitive groups, while the AQI for the rest of the country is expected to remain from good to moderate.