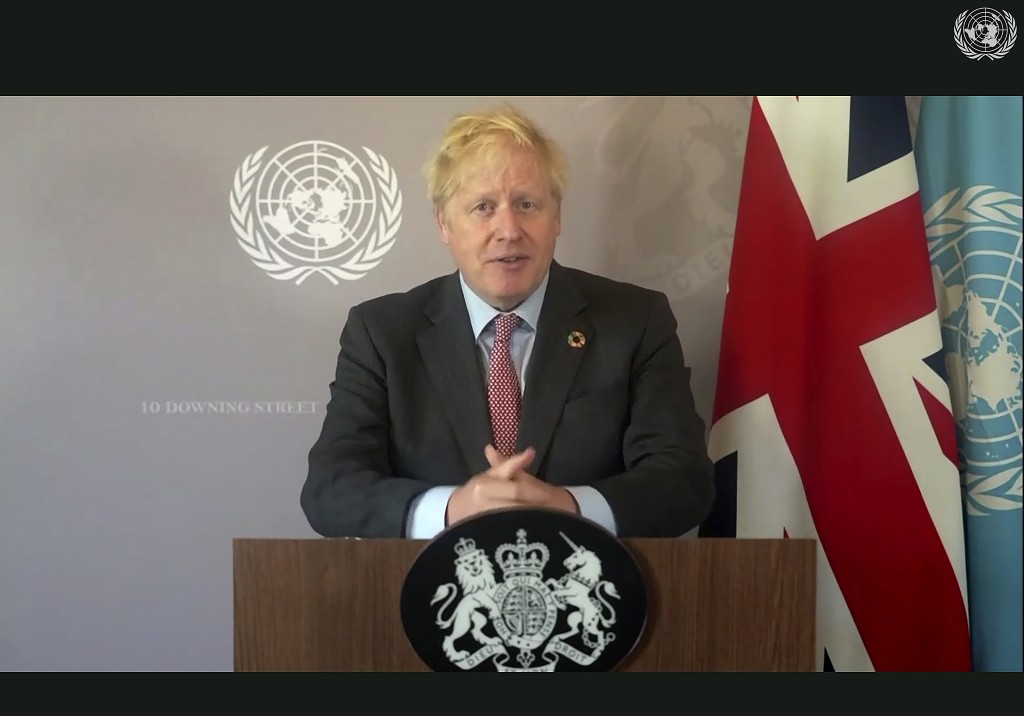 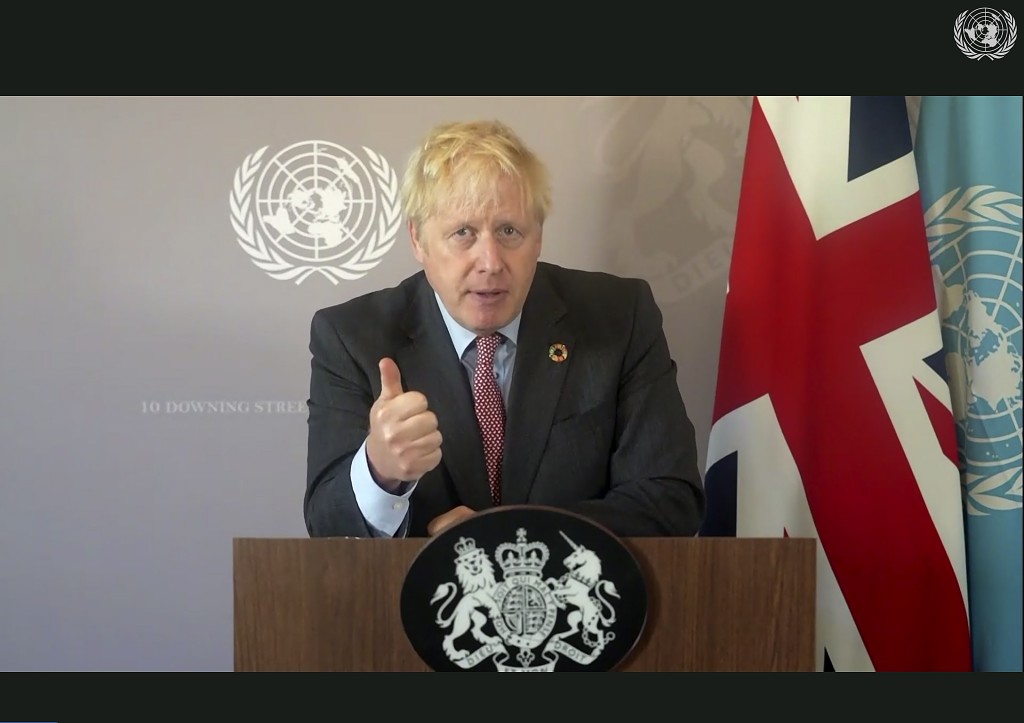 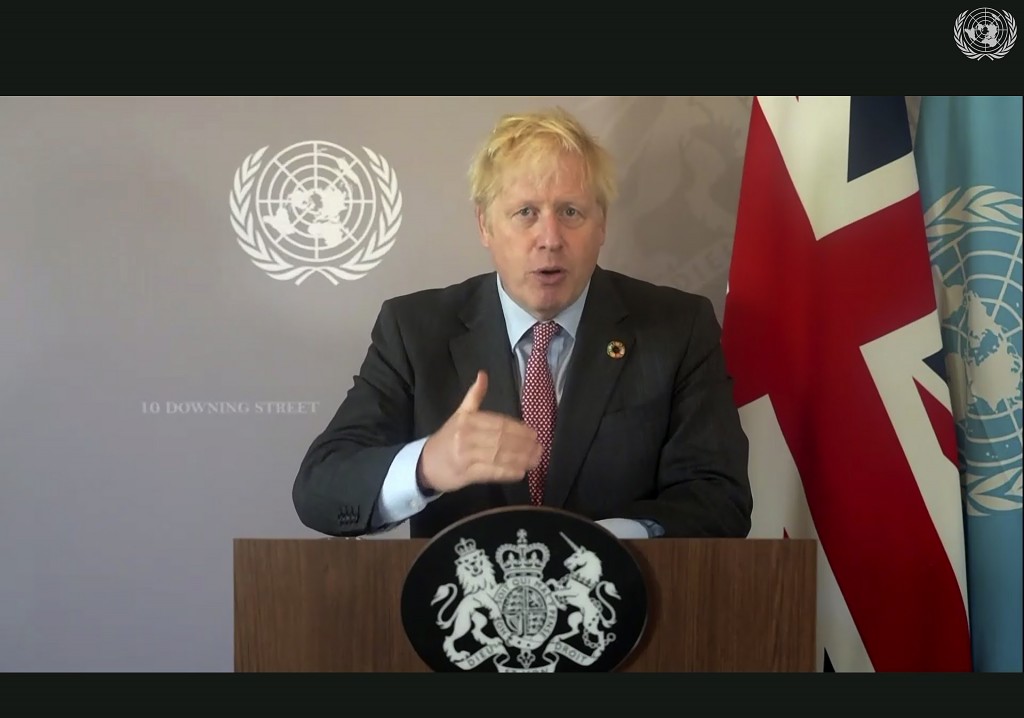 LONDON (AP) — British Prime Minister Boris Johnson said Saturday that the coronavirus pandemic has frayed the bonds between nations, and urged world leaders to unite against the “common foe” of COVID-19.

Johnson, who made the remarks in a prerecorded speech to the United Nations General Assembly, said that, nine months into the pandemic, “the very notion of the international community looks tattered.”

“Never again must we wage 193 separate campaigns against the same enemy," he said.

Johnson set out a plan for preventing another global pandemic, including a network of zoonotic research labs around the world to identify dangerous pathogens before they leap from animals to humans.

Johnson — who contracted COVID-19 in the spring and spent three nights in intensive care -- also called for countries to share data to create a global early-warning system for disease outbreaks, and urged countries to stop slapping export controls on essential goods, as many have done during the pandemic.

He announced that the U.K. is boosting its funding for the World Health Organization by 30%, to 340 million pounds ($432 million) over the next four years.

Johnson is seeking to counter the impression that Britain is retreating from the world stage or becoming more protectionist in the wake of its departure from the European Union. The U.K. left the bloc’s political institutions in January and will make an economic break when a transition period ends on Dec. 31.

He has also struck a more measured tone than in last year’s speech to the U.N. gathering, a rambling address about the perils and promise of technology that mentioned “terrifying limbless chickens,” “pink-eyed Terminators from the future” and fridges that beep for more cheese.