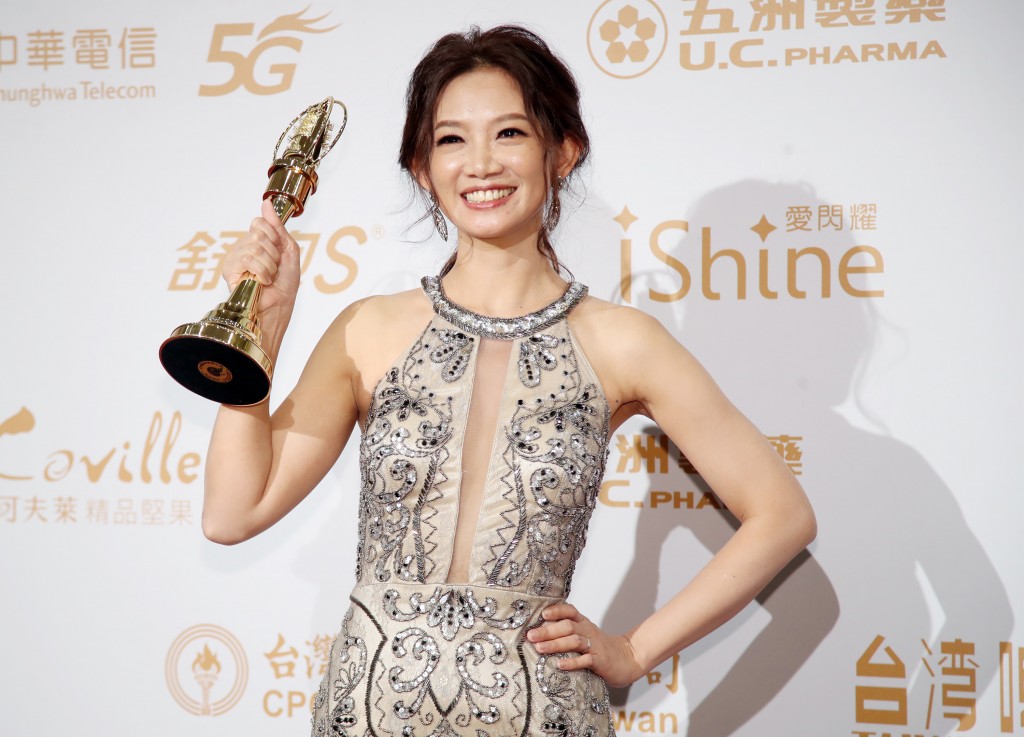 Stunning gowns and head-turning looks made their way down the red carpet Saturday evening at the 55th Golden Bell Awards being held at the Sun Yat-sen Memorial Hall in Taipei.

The event, Taiwan's equivalent of the Emmy Awards, saw a wave of expensive designer-made suits, sparkling cocktail dresses, and elegant full-length gowns displayed by the stars before the actual award ceremony began.

Among the memorable looks at Taiwan's top TV awards was that of Japanese model and actor Mondo Otani (大谷主水), who walked down the red carpet in a green velvet tuxedo with black satin peak lapels and a matching bow tie.

The 40-year-old Otani, who is vying for the best lifestyle show host award this year for his role in the lifestyle and travel program Global Festival, also drew attention as he live-streamed the event from the red carpet using his phone.

Another star drawing plenty of eyeballs was television show host and actress Wu Yi-rung (吳奕蓉), who was nominated for best natural science and humanities documentary program host and best leading actress in a mini-series/TV movie.

"It's a girl!" said Pai out of joy, revealing the gender of her unborn baby.

Mok has been nominated for best leading actress in a television series for her role in the comic-adapted Yong-jiu Grocery Store.

A total of 190 entries were nominated from among 2,055 submissions to this year's awards, up from 1,995 last year, according to the Bureau of Audiovisual and Music Industry Development under the Ministry of Culture.

The 190 entries will vie for 39 awards at the annual ceremony, which recognizes outstanding TV productions and is one of three major annual awards presented in Taiwan, along with the Golden Melody Awards for music and the Golden Horse Awards for film. (By William Yen)