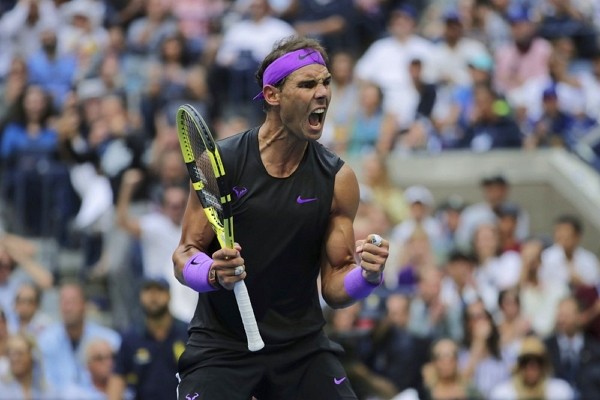 Rafael Nadal may have won the French Open a record 12 times but the Spaniard feels this year’s conditions will be the most difficult he has ever faced at Roland Garros and mean he must be at his best to have a chance of retaining his title again.

The claycourt Grand Slam is usually held in May-June but was pushed back to the end of September due to the COVID-19 pandemic. The weather is much cooler at this time of year and the temperatures have further dipped due to rain in Paris.

The organizers are also using a different ball, making the conditions more unfamiliar for the Spanish world number two.

“What you need is the right energy to accept every single thing. That’s what I’m doing,” said Nadal, who prefers warmer conditions and faster claycourts in Paris.

“I am just relaxed knowing that it’s a very special year. I am here just to give myself a chance to enjoy another Roland Garros and, of course, to try my best to be competitive and fight for the final goal.”

Nadal, who is one Grand Slam behind Roger Federer’s record men’s haul of 20 titles, skipped the U.S. Open due to the pandemic and then lost in the quarter-finals of the ATP Masters in Rome to Argentine Diego Schwartzman.

The Rome event was Nadal’s first after the lengthy shutdown due to COVID-19 and world number one Novak Djokovic said that it showed his great rival was not unbeatable on claycourts.

“Yeah, 100% true. I always have been beatable on clay. He beat me a lot of times,” Nadal said, when asked to react to Djokovic’s comment. “But at the same time it is true that I had a lot of success on this surface.

“Conditions here probably are the most difficult for me ever in Roland Garros for so many different factors. Ball completely different. Ball is super slow, heavy. It’s very cold. Slow conditions.

“Of course, the preparations have been less than usual. But you know what, I am here to fight and to play with the highest intensity possible, to practise with the right attitude, to give me a chance. That’s the main goal for me.”