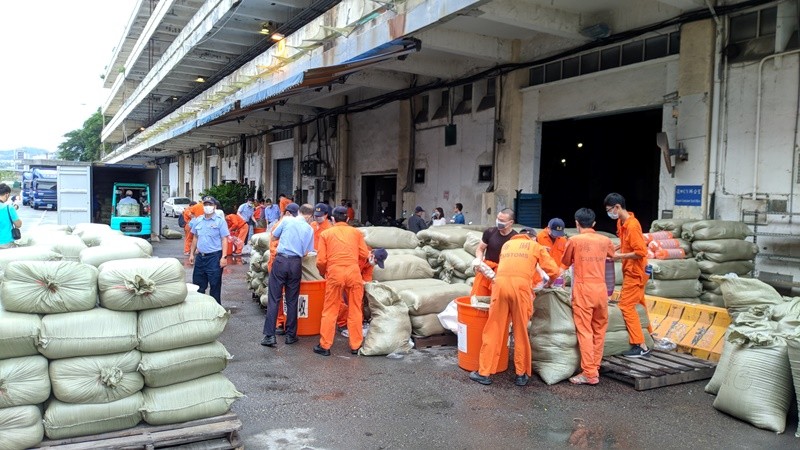 TAIPEI (Taiwan News) — Taiwanese customs seized a container of garlic weighing 8,000 kilograms on Thursday (Sept. 24), which was believed to have been smuggled out of Qingdao, China.

The container, which was discovered at a port container distribution center, was found to have been filled with buckwheat pillows, each stuffed with garlic. The shipment was subsequently impounded, according to the Keelung Customs.

Taiwan has seen a spike in garlic prices as well as surging demand for the plant ahead of the Mid-Autumn Festival. Profiteers could exploit garlic supply woes by engaging in smuggling operations, said the authorities.

The illegal importer of the garlic-stuffed pillows faces a fine triple the value of the confiscated goods. Additional charges will be filed against the offender pursuant to the Smuggling Penalty Act for importing agricultural or fishery products from China weighing 1,000 kg or more.

To stabilize garlic prices, the Council of Agriculture (COA) has turned to Egypt, Spain, and Argentina, from which it has imported 110 tons of garlic this month, wrote CNA. Prices of the plant have skyrocketed to nearly NT$300 (US$10.25) per Taiwanese kilogram (or 600 grams)— a drastic increase from the average price range of NT$50 to 60 per Taiwanese kilogram, said COA.