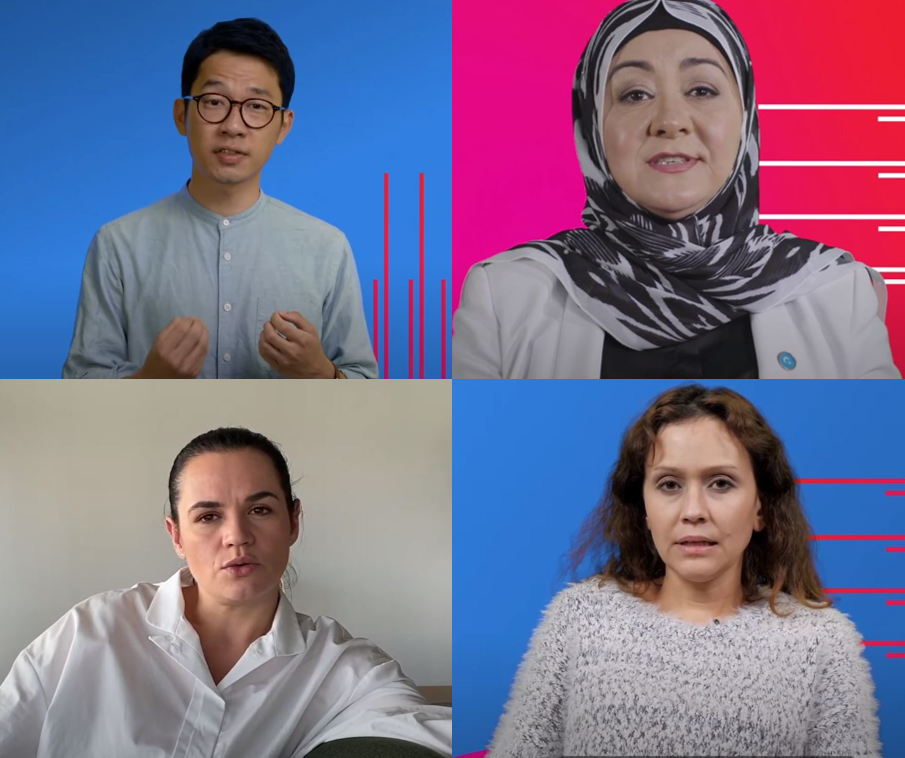 TAIPEI (Taiwan News) — Activists at the 2020 Oslo Freedom Forum once again advocated for liberty this week by talking about their experience countering authoritarianism.

The forum was held online this year owing to the coronavirus pandemic and featured talks from pro-democracy and human rights advocates. Activist-in-exile, Nathan Law (羅冠聰) shared his journey since becoming a student leader during the 2014 Umbrella Movement in Hong Kong.

Several years after the mass demonstrations, he was elected as the youngest legislative councilor in Hong Kong's history but was unseated by pro-Beijing forces within a year. In 2017, Law was imprisoned by city authorities for his actions during the Umbrella Movement and jailed for 68 days.

"Is there a message that my turbulent life wants to teach me?" Law said he asked himself in prison. He believes the time in detention allowed him to question himself and think ahead, making him humbler and more patient and observant.

After leaving Hong Kong this summer because of the draconian national security law, Law began an international campaign to raise awareness of the Chinese Communist Party's (CCP) expansion and human rights abuses. Law called for people to share news about Hong Kong on social media and boycott Chinese-made apps, which help the CCP surveil people and spread its authoritarian ideology to the world.

"I hope that in my lifetime, I can see the gorgeous skyline above Victoria Harbor and the smile of my fellow Hong Kong people once again," Law said.

Another speaker from the forum, Russian journalist and social activist Lyudmila Savchuk discussed the troll factory run by the regime of Russia's Vladimir Putin, an investigation she said has endangered her safety and that of her family. She managed to infiltrate one such operation in Saint Petersburg in 2015.

The factory runs 24/7, and each worker is assigned a certain amount of content to post each day, Savchuk disclosed. "I saw that the propaganda worker didn't only distort facts but completely invented them."

The danger of these fake accounts on social media, she believes, is that they are much subtler than obvious propaganda. A fake account can have the personality of a bodybuilder, recommend a healthy lifestyle, but, at the same time falsely comment on the current situation in Ukraine.

"I would say today, each of us is poisoned by the speeches of hatred that are around us, to the degree that when [prominent Kremlin critic] Navalny was poisoned, we — I'm afraid to say — accepted it as normal," Savchuk lamented. She called for an end to such this practice.

Speakers at the two-day forum included Uyghur journalist Gulchehra Hoja, who fled China after exposing the internment camps in Xinjiang. Also in attendance was Belarusian Svetlana Tikhanovskaya, whose unsuccessful bid for the presidency this year led to nationwide protests against Alexander Lukashenko, who has been in power since 1994.