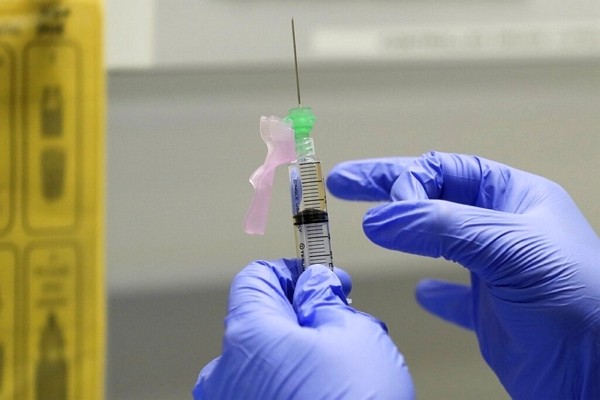 TAIPEI (Taiwan News) — Taiwan's Central Epidemic Command Center (CECC) said on Friday (Sept. 25) that it aims to distribute the coronavirus vaccine to at least 60 percent of the Taiwanese population by the end of 2021.

During a question-and-answer session at the Legislative Yuan, Health Minister and CECC head Chen Shih-chung (陳時中) revealed that Taiwan has signed up to join the COVAX global vaccine allocation plan and will pay a deposit to the organization next month. Co-led by the Global Alliance for Vaccines and Immunisation (Gavi), the Coalition for Epidemic Preparedness Innovations (CEPI), and the World Health Organization (WHO), COVAX is intended to guarantee equitable access to COVID-19 vaccines for every country.

At a press conference Friday afternoon, CECC Spokesman Chuang Jen-hsiang (莊人祥) explained that Taiwan manufacturers are still developing local vaccines, and the COVAX agreement is insurance the country will have access to a supply of vaccines internationally. However, he said he could not disclose how much the deposit was.

Chuang pointed out that a list of priority groups for vaccine distribution had already been generated by the Advisory Committee on Immunization Practices in July. He said the priority order is similar to that of the influenza vaccine and high-risk groups, including frontline healthcare workers, adults aged 65 and older, and chronic disease patients aged 50 and older, will receive vaccination first.

Chuang said the ultimate goal is to have 60 percent of the country's population, approximately 13.6 million Taiwanese, take the vaccine by the end of next year.

Meanwhile, in response to public concerns over China's intervention, Chuang said Beijing has not obstructed Taiwan's COVAX bid so far. He also said the country did not sign the agreement signifying it was a part of China, reported CNA.