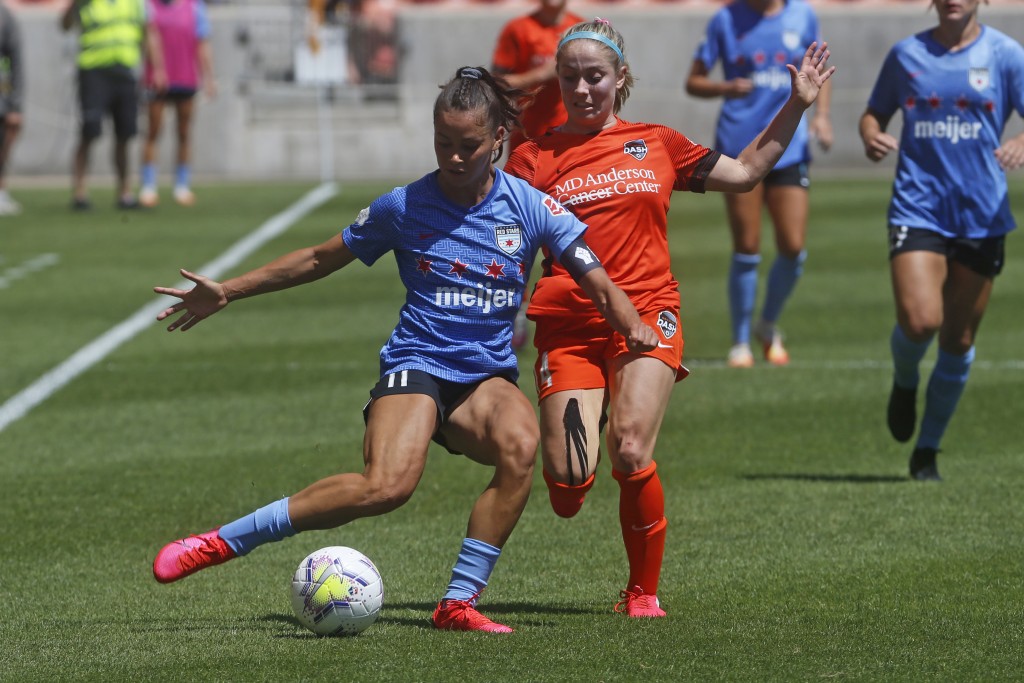 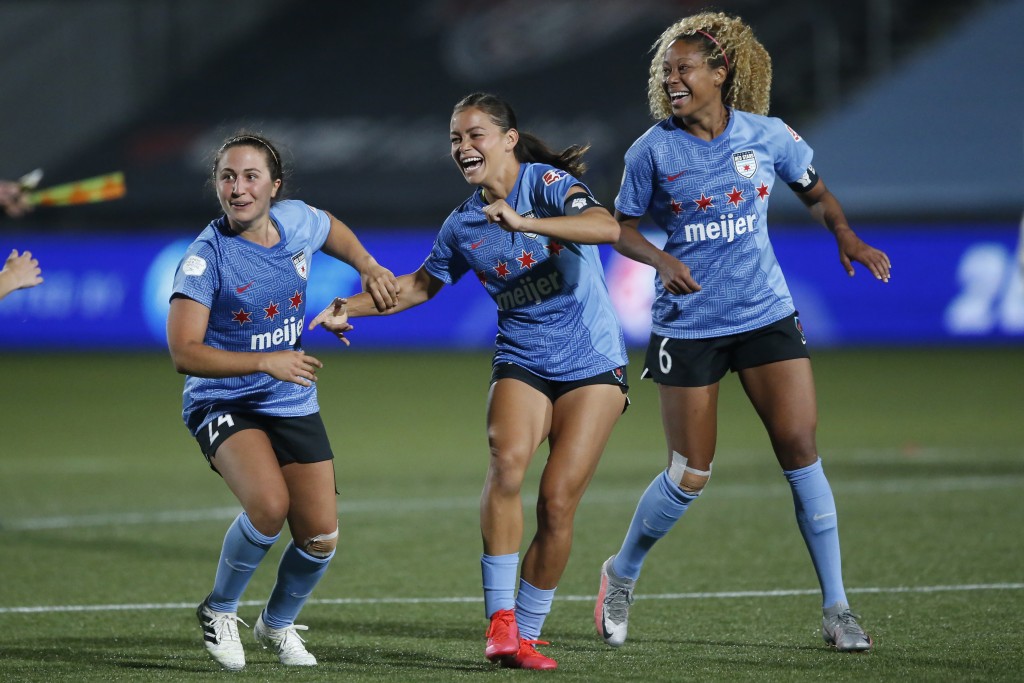 Sarah Gordon tells the story often, about how she was a kid playing on a club soccer team when an opponent called her a racial slur.

“I was raised around white people in a white community," said Gordon, who is multiracial. “And I had never really looked at myself in that light until moments like that — then really you take a step back and be like, 'Wait a second, I’m a what?’”

The defender for the Chicago Red Stars is harnessing that shock and pain by using her voice. But she also wants to go beyond the social media statements and T-shirts to do something to really lift up Black lives.

Gordon, 28, has put her focus on mental health for young women of color in launching her nonprofit organization, HoodSpace. A play on the name of the popular Headspace app, HoodSpace seeks to empower women in Chicago through meditation, yoga and sport. Gordon is currently raising funds for HoodSpace via GoFundMe, with a goal of creating camps and clinics.

“Just being in the city and seeing the violence and everything that systemic racism has created, it made me think that maybe we can really help each individual process it and potentially heal,” she said. “Obviously, we all have different parts in this fight -- fighting systemic racism. And I didn’t feel as though my fight was within the system, but more so in the individual.”

With the Red Stars since 2016, Gordon is a mom, something of a rarity in the National Women’s Soccer League. Other NWSL mothers include Utah's Amy Rodriguez and North Carolina's Jessica McDonald. Gordon said that having a son makes it all the more important for her to act in the moment.

“I’ve said it before, this is absolutely a life or death matter. We’re fighting for the future of our kids. And so, yes, 100%, it’s part of the reason I’m so passionate about all of this, because it will affect the future of our children," she said.

It wasn't always easy for Gordon, navigating her post-college professional career in soccer. She found solace in her own practice of yoga and mediation. It has also helped her navigate the uncertainties of COVID-19.

The coronavirus forced the NWSL to shut down on March 12 when most teams had just opened training camp for the season.

The NWSL became the first professional team sports league to return in the United States when it staged the Challenge Cup tournament in a bubble in Utah. The Red Stars made it to the final, but lost 2-0 to the Houston Dash for the title.

Currently teams are back in local markets, where they are playing a series of regional games this fall. Coming off a 4-1 win over Sky Blue on Sunday, the Red Stars face the Washington Spirit in a nationally broadcast match Saturday.

In a predominately white sport, Gordon is among the Black players in the NWSL who have formed a coalition to address racial injustice. Organized by Sky Blue's Midge Purce, one of the group’s first acts was to call out Utah Royal’s owner Dell Loy Hansen after reports surfaced that he made racist comments. Hansen later apologized and announced his intention to sell the team.

“Having a place to go to, where people understand what you’re going through, what you’re fighting for is important," Gordon said about the coalition. "So even just that aspect is important. We’re in the process of figuring out what exactly we want to accomplish. I definitely don’t want to speak too soon or give away anything, but with Dell Loy Hansen, making our first statement was important.”

Spurred by Gordon, the Red Stars made a point of highlighting mental health issues during the Challenge Cup. The team and its supporters raised nearly $16,000 for Get Yo Mind Right and Healthy Hood Chicago.

“For a lot of us, it’s never been performative. It’s always been about making change because either we are Black or we have Black family, we have Black friends, or we’re just passionate about equality. And so it was always just a matter of time when I was going to launch my nonprofit," Gordon said. “I knew I wanted to bring something to the community and have some sort of impact somewhere. It was just a matter of finding where specifically I thought I could help.”