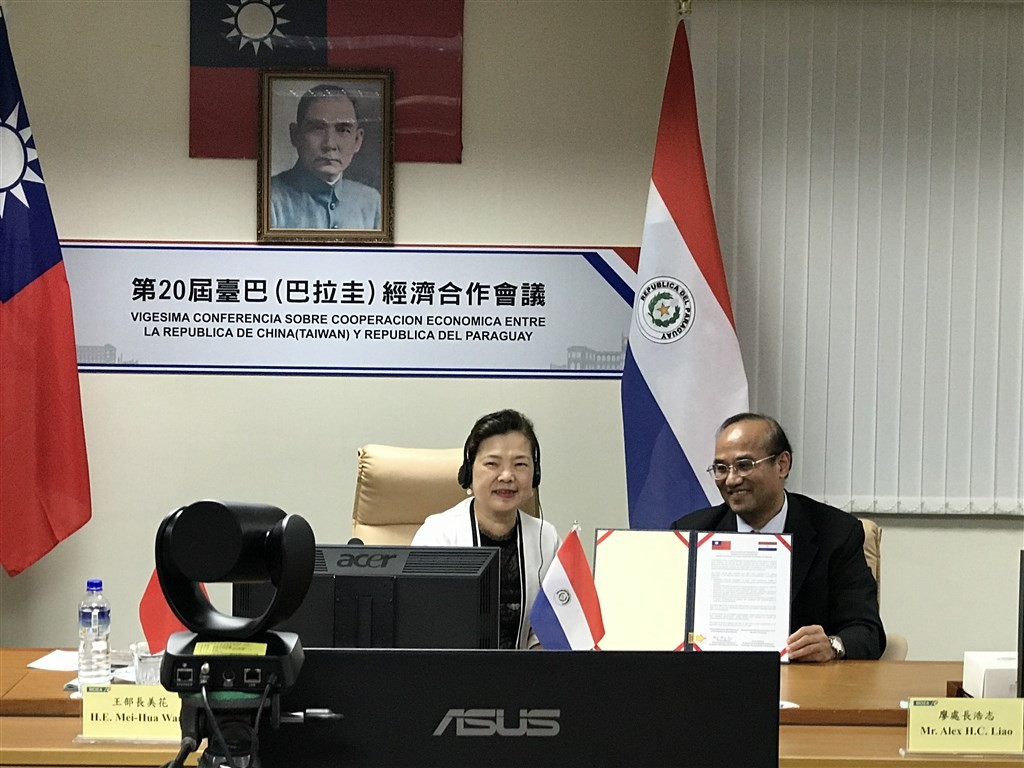 Taiwan and Paraguay on Thursday (Sept. 24) signed a letter of intent (LOI) aimed at promoting technical cooperation between the two countries, during a meeting held remotely via video conferencing.

Due to the ongoing COVID-19 pandemic, the signing was conducted by the two sides at the 20th Republic of China-Paraguay Economic Cooperation Conference, co-chaired that day by Economics Minister Wang Mei-Hua (王美花) and Paraguayan Minister of Industry and Commerce Liz Cramer. "The LOI on technical cooperation signed at the conference is aimed at building mutual trust in the technical competence of the two sides' respective conformity assessment bodies and harmonizing their regulatory systems through bilateral cooperation and exchanges in the areas of standardization, metrology and conformity assessment," the Ministry of Economic Affairs (MOEA) said in a press release Friday.

"Paraguay is now Taiwan's second-largest source of beef imports globally," the minister said, noting that Taiwan will continue to actively assist Paraguay in boosting its agricultural product exports to the island nation through events such as the Food Taipei and Food Kaohsiung annual trade fairs as well as various activities including agri-product procurement missions to Paraguay.

In response, Cramer stressed the close friendship between the two countries and the hope Taiwan can help Paraguay weather the ongoing COVID-19 pandemic which has seriously impacted the Paraguayan economy. Meanwhile, the Paraguayan minister also thanked Taiwan for its friendship as well as assistance in a range of areas, such as micro, small-and-medium (SME) enterprise development, and the promotion of Paraguayan agricultural exports to the country.

Other positive outcomes achieved during this year's economic conference included those in the areas of app and mobile game design talent training, capacity building for mid-level government officials in customs affairs, and SME support, the MOEA said. Paraguay has had diplomatic relations with Taiwan since 1957 and is the nation's only ally in South America among its 15 worldwide.