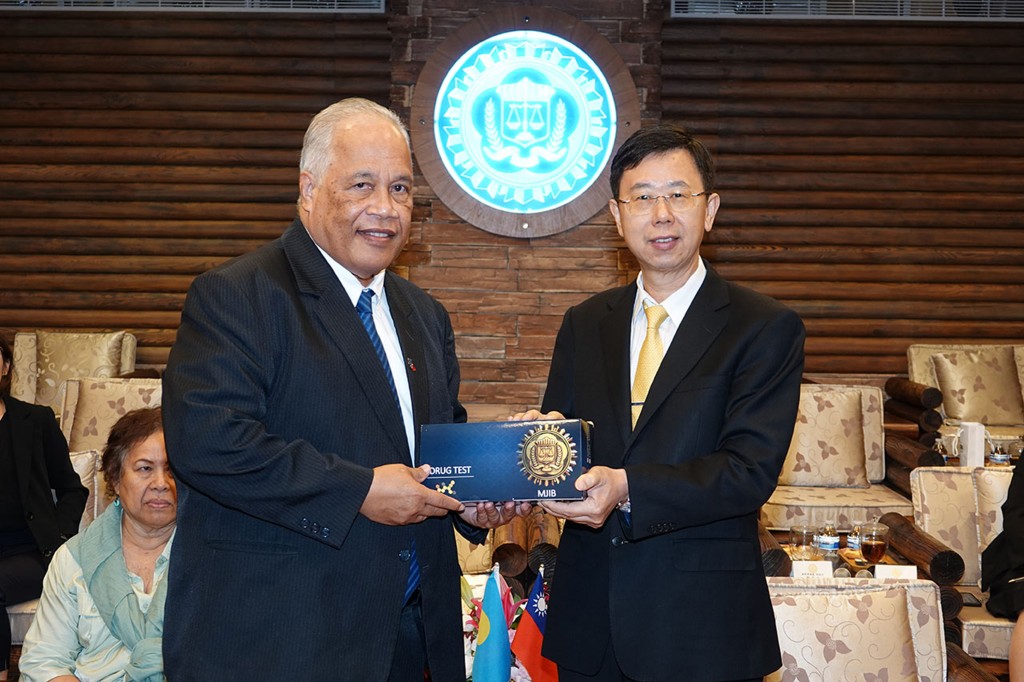 MJIB Director General Lu Wen-chung (呂文忠) personally handed over the kits to the diplomats as they made separate visits to the bureau's headquarters on Sept. 23 and Sept. 25, CNA reported.

The bureau said its aim was to improve cross-border cooperation against what Lu described as an "international plague." The ambassadors of Paraguay, Guatemala, Honduras, the Marshall Islands, Palau, Nauru, and Tuvalu all visited him to exchange views on drug-related issues.

The test kits for the synthetic drug cathinone were developed by the MJIB and will assist the allied countries in tracking down illegal substances, the bureau said in a news release. Cathinone drugs are often packaged in tea or coffee bags, but the low-cost test kits are sufficiently sensitive and accurate to detect them in their concealed state.