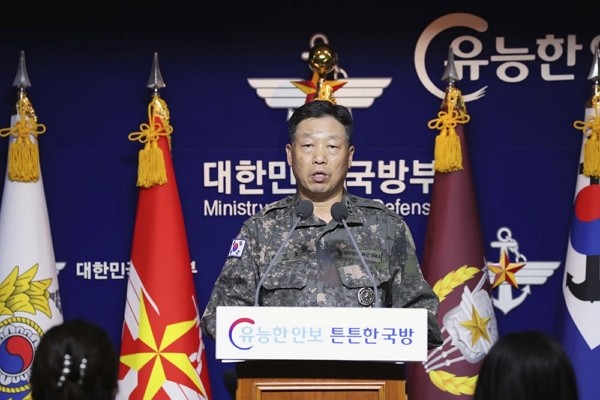 North Korea expressed regret on Friday (Sept. 25) over the death of a missing South Korean, saying it shot him as part of measures to battle the coronavirus, the South's national security adviser said.

The U.S. military commander in South Korea said this month that North Korean troops had been given “shoot-to-kill orders” to prevent the coronavirus entering the country.

Such strict enforcement of those orders may be an attempt to prevent an outbreak from disrupting a major military parade expected to be held on Oct. 10 when the country commemorates the founding of the ruling Workers’ Party of Korea, said Chad O’Carroll, CEO of Korea Risk Group, which monitors North Korea.

“In many ways, this parade is a huge potential viral risk,” he said in a post on Twitter. “And it seems paranoia about that risk is at play (with) shoot-to-kill rules.”

In July, a man who had defected to South Korea three years ago triggered a coronavirus scare when he crossed back over the heavily monitored border into North Korea, which says it has had no cases of the disease.

His arrival prompted North Korean officials to lock down a border city and quarantine thousands of people over fears he may have had the coronavirus, though the World Health Organization later said his test results were inconclusive.

Last week, South Korean police arrested a defector who they said had tried to return to North Korea by breaking into a military training site in South Korea’s border town of Cheorwon.