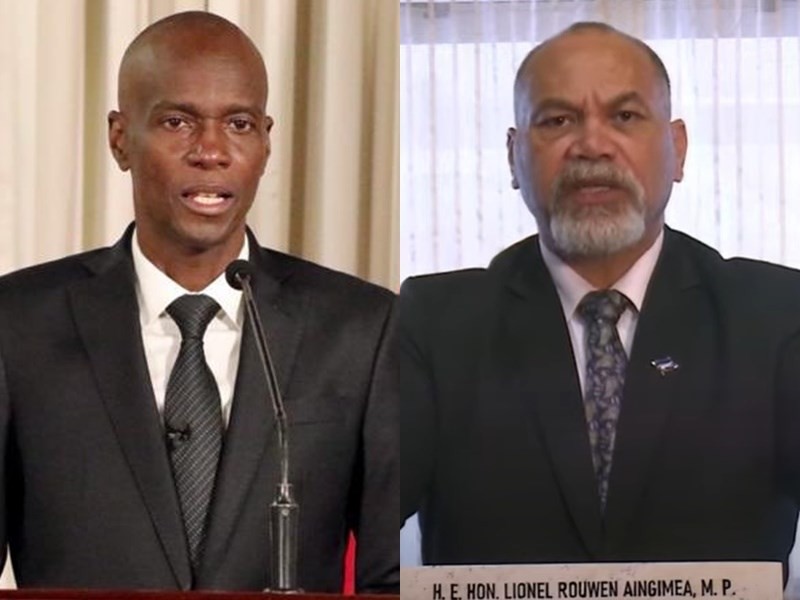 In pre-recorded videos, the leaders of Haiti and Nauru each stressed the importance of allowing Taiwan into the UN. Expressing gratitude for the aid Haiti has received amid the Wuhan coronavirus pandemic, President Jovenel Moise stated:

“While I offer my sincere condolences to the countries that have been greatly affected by COVID-19, I would like to thank all the partner countries that have helped the Haitian state to manage the pandemic well, in particular the Republic of China, Taiwan. It is time for the world to recognize this nation's right to exist and give it the rightful place in international forums, especially the United Nations.”

“[The UN] was created on the principles of university and equality, respecting the worth of every individual. It is not enough to proclaim the virtues of multilateralism if we fail to strengthen our commitment to upholding the core principles of the Charter.” He continued by saying, “We, therefore, call on the United Nations to fulfill our commitments to the human family and ensure that the 23.5 million people of the Republic of China, Taiwan enjoy the same rights as the peoples of other nations.”

He added that while the world grapples with the pandemic, the people of Taiwan cannot be left behind and that their “exemplary response” to the health crisis must not be ignored. “Taiwan is an important partner in the world’s response to this pandemic. More than ever, today, we need inclusivity and solidarity in responding to the global challenges we face,” he said.

So far, six of Taiwan’s diplomatic allies have spoken up for the nation at this year's General Assembly, with Eswatini, the Marshall Islands, Palau, and Paraguay also voicing their support since the General Debate began on Tuesday (Sept. 22).