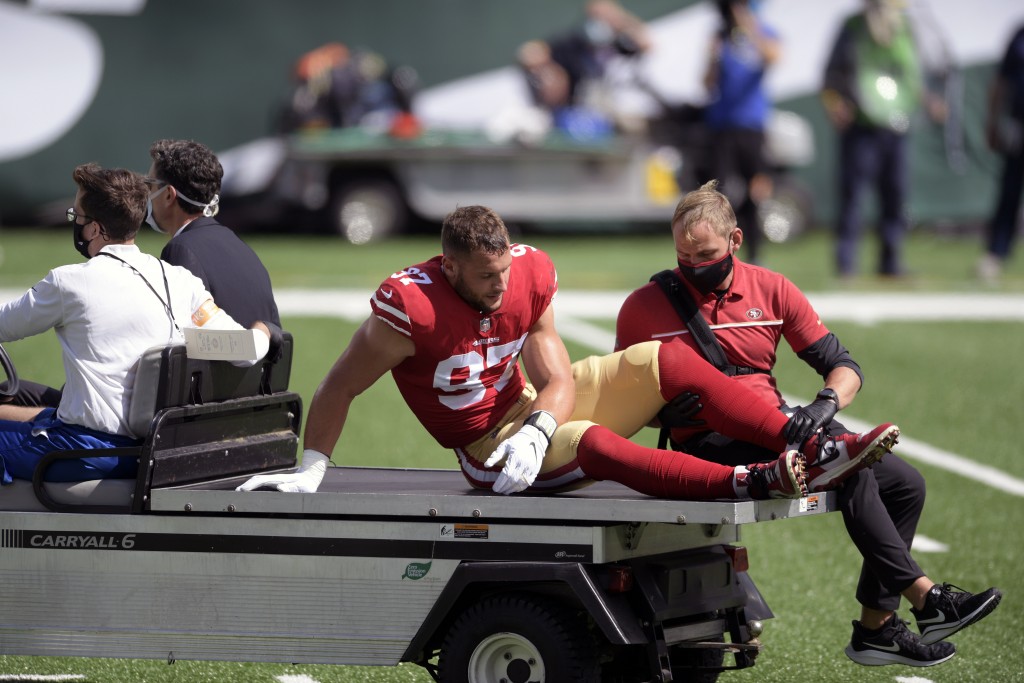 EAST RUTHERFORD, N.J. (AP) — The turf at MetLife Stadium is good to go for Sunday's game between the New York Giants and San Francisco 49ers.

The NFL said the latest inspection of the field on Wednesday showed the Field Turf surface meets all applicable standards and protocols for its field surfaces.

The examination was conducted by representatives from the NFL, NFLPA, MetLife Stadium, the Giants and Jets, Field Turf and the independent field inspector. It was conducted after the 49ers lodged complaints that the “sticky” surface caused at least four players to sustain knee injuries in a 31-13 win over the Jets on Sunday.

Defensive Rookie of the Year Nick Bosa and fellow lineman Solomon Thomas had season-ending ACL injuries. Running backs Raheem Mostert and Tevin Coleman are likely to be out several weeks with sprained knees.

MetLife Stadium in East Rutherford, New Jersey, is the home field of the Jets and Giants, who also own the roughly 80,000-seat stadium.

The Giants have worked out on the field almost every day in training camp, either practicing or engaging in walk-throughs. Coach Joe Judge said none of his players complained about the surface during that time.

The installation of the new turf surface was completed on June 8.

Games in New Jersey are currently being played without fans in attendance.