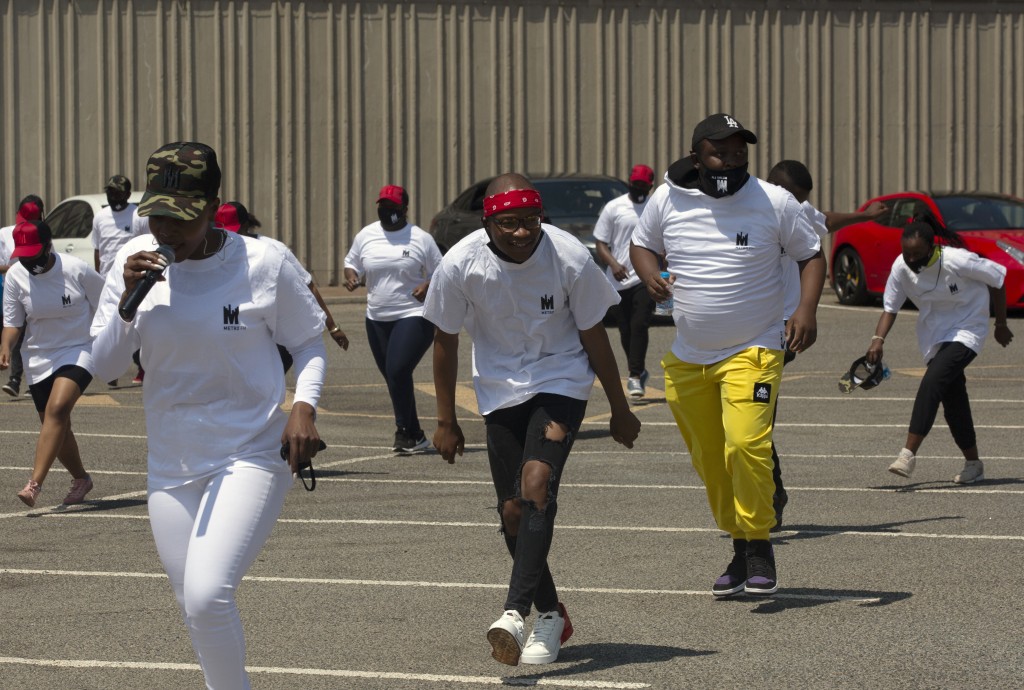 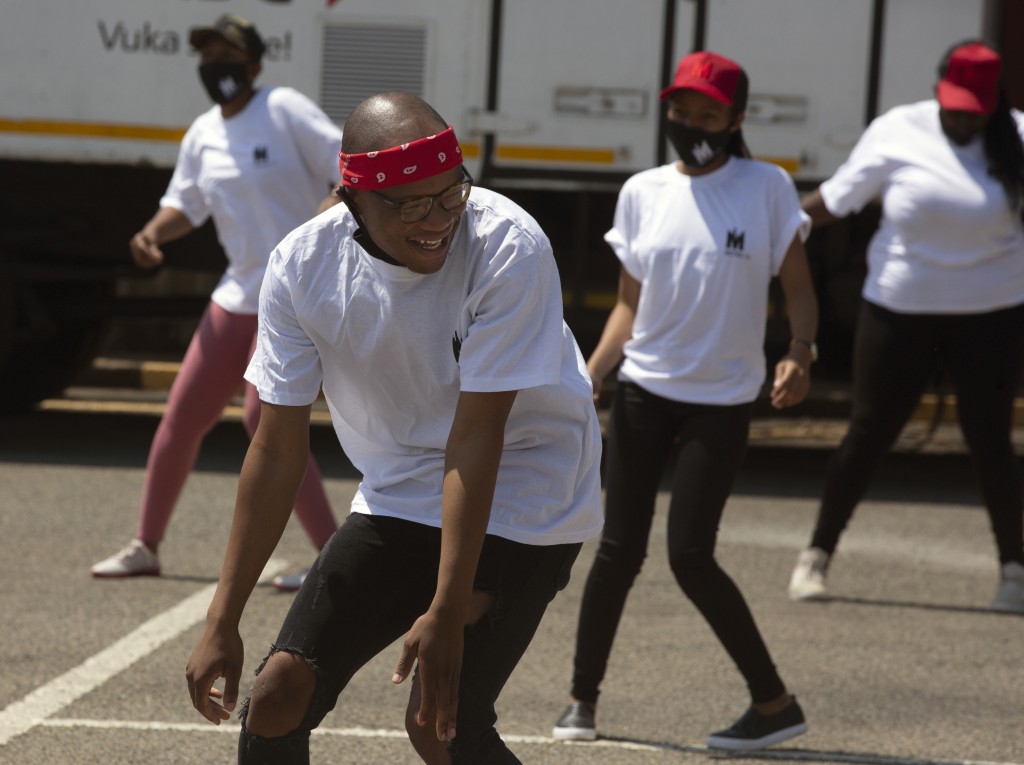 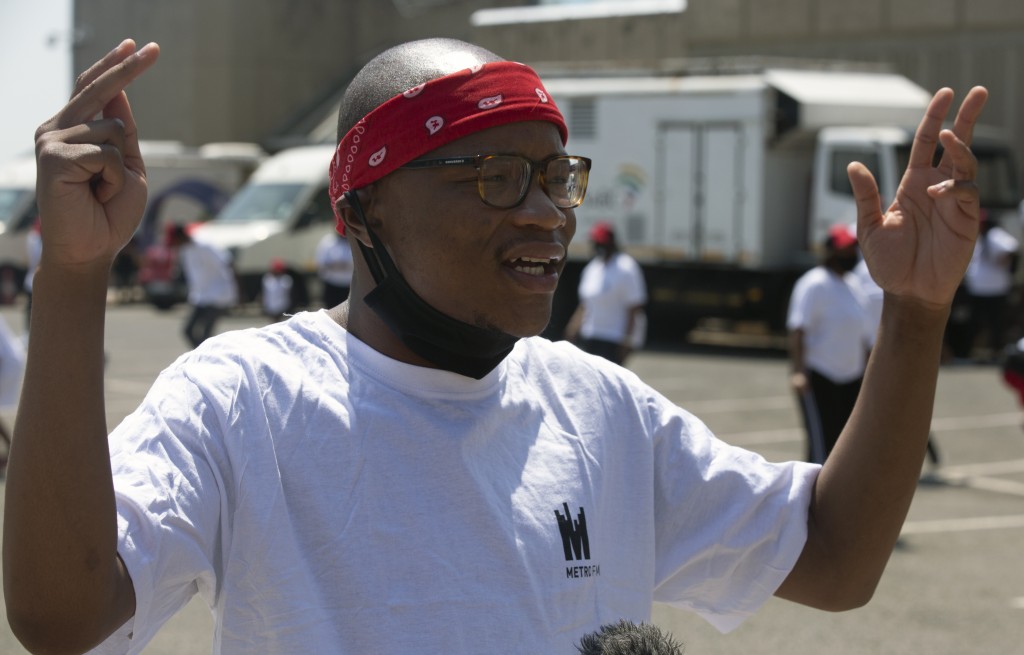 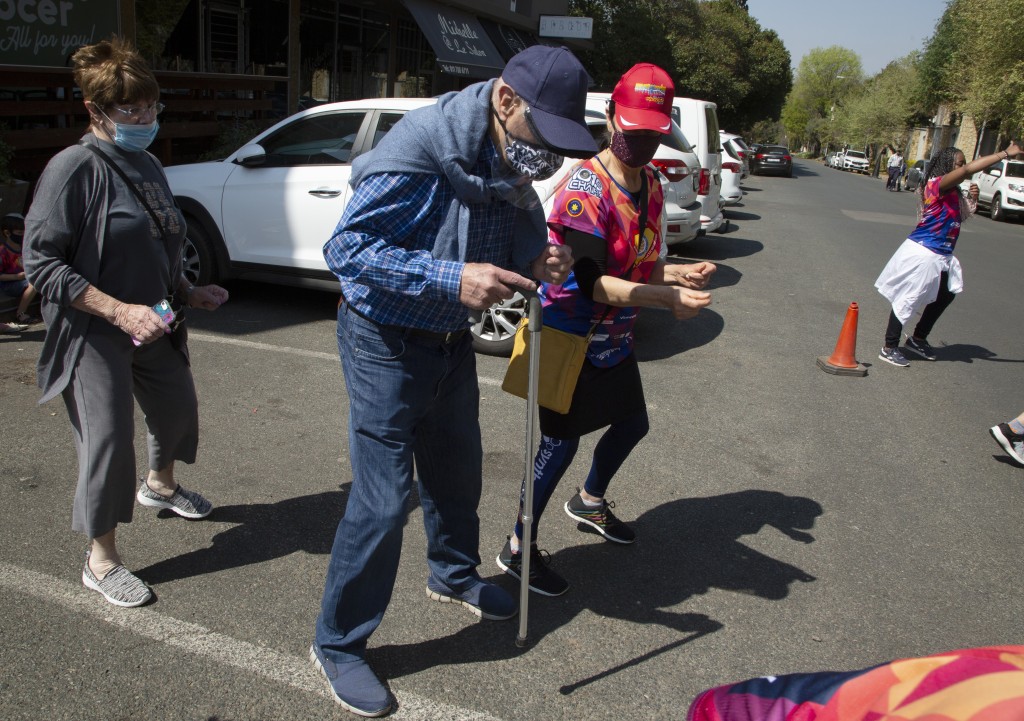 JOHANNESBURG (AP) — South Africans of all walks of life are dancing to “Jerusalema,” a rousing anthem to lift their spirits amid the battle against COVID-19.

In response to a call from President Cyril Ramaphosa to mark the country's Heritage Day holiday Thursday, people from townships to posh suburbs are doing line dances to the tune.

In the upbeat song in the Zulu language, the singer implores to be taken away from the troubles of the world to go to Jerusalem, effectively heaven. The song, by popular DJ Master KG with vocals by Nomcebo Zikode, was a hit in South Africa last year and became even more popular this year as people saw its message as a way to cope with the tragedies of the coronavirus pandemic.

It was picked up in Angola, where a video showed a group of people interrupting their meal to do a line dance to the song. Soon it became a dance craze across southern Africa and beyond with Youtube featuring scores of videos of various groups doing the line dance.

Health care workers in South Africa dance to the song as they suit up in protective gear, lawyers in Zimbabwe put aside their cases to dance, workers at a South African supermarket, students and teachers at numerous schools and many other groups have posted videos, most showing dancers in face masks and keeping a distance from each other.

The popularity of the Jerusalema dance has been praised by South Africa's president as a sign of the country's positive spirit.

“We are the nation that is taking the world by storm with the #JerusalemaChallenge, as young and old in France, the UK, Jamaica, Angola and even in Palestinian East Jerusalem itself are getting in on the craze,” wrote Ramaphosa on Thursday to mark Heritage Day, the country's public holiday celebrating the country's racial and ethnic diversity.

In its battle against COVID-19, South Africa has weathered its first peak, registering more than 665,000 cases, including 16,206 deaths, nearly half of the total of all Africa's 54 countries. The continent of 1.3 billion has recorded just over 1.4 million cases, including 34,800 deaths, according to figures released Thursday by the Africa Centers for Disease Control and Prevention. The country will reopen to international tourism on Oct. 1.

At an event of line dancers taking up the challenge Thursday, Master KG said he is overwhelmed by the international popularity of his song.

“The success has been amazing bro … Big records are being broken. God is great. Things are just amazing,” he said, pointing out that his song has been posted on social media by international soccer star Cristiano Ronaldo and by U.S. pop star Janet Jackson. “So many others showing love to the song has been amazing.”

Singer Zikode said she is thrilled to see so many people around the world dancing to the song.

“When I saw the president (Cyril Ramaphosa) announcing that everyone should celebrate today’s Heritage Day by dancing to Jerusalema, I quickly jumped up, raised my hands and shouted!" said Zikode in Zulu.

“I was so happy,” she said. "God has lifted me up because of the success of this song and everyone is dancing to my voice.”