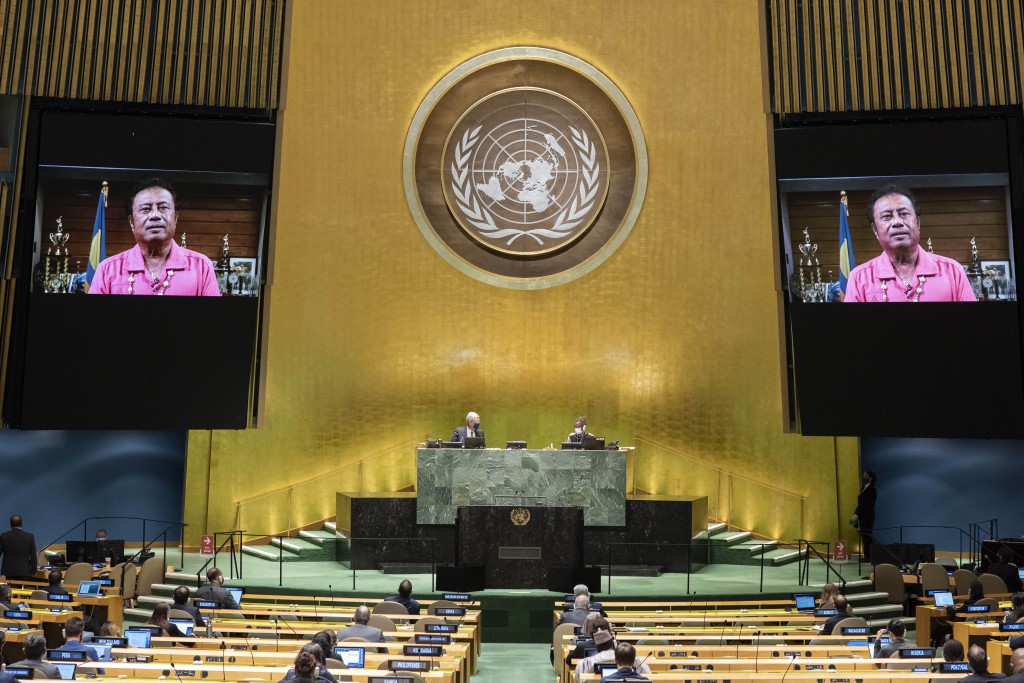 TAIPEI (Taiwan News) — As the General Debate of the UN’s 75th General Assembly entered its second day on Wednesday (Sept. 23), three of Taiwan’s diplomatic allies expressed support for its participation in the international organization.

Speaking via pre-recorded video, the leaders of the Marshall Islands, Palau, and Paraguay stressed the importance of Taiwan’s inclusion in the UN.

Marshall Islands President David Kabua stated, “The world cannot simply ignore Taiwan, as I can assure it in fact exists, and we must open minds to ensure the 23 million people of Taiwan are not left behind, nor their humanitarian contributions taken for granted.” He continued by saying:

“Taiwan should be allowed to participate in an equal and dignified manner within the UN system, including the WHO, ICAO and the UNFCCC, as well as activities related to the SDGs. The vital civic space of UN premises should be opened for visits and attendance of meetings as well as for the media, regardless of origin.”

Meanwhile, Palau President Thomas Remengesau Jr., who has repeatedly called for greater international participation for Taiwan, praised the East Asian nation’s achievements during the current health crisis, saying, “Taiwan, a public health leader that has implemented one of the world's most effective pandemic responses, was left out of the global response to this pandemic, and that made the world less safe.”

He then highlighted the close bilateral ties that have thrived amid the pandemic, stating, “Taiwan is one of the only places on Earth that is safe enough for quarantine-free travel with COVID-free nations like Palau. We are currently working together to create the world's first safe bubble economy.” Remengesau also noted Taiwan’s ability to contribute to the international community, remarking, “On many other international issues and organizations, such as the UN Framework Convention on Climate Change and the International Civil Aviation Organization, Taiwan can also make meaningful contributions to strengthening collective action.”

He concluded by saying: “We urge others in this assembly to join us in recognizing that Taiwan can help in responding to so many of our shared challenges. The 23.5 million people of Taiwan should not be left behind, and it is time for Taiwan's exclusion to end.”

Paraguay’s head of state, Mario Abdo Benitez, also spoke up for Taiwan, stating, “On the basis of the principle of universality, which characterizes this organization, we support Taiwan’s request to be included in the UN system.”